Nepotism and neglect have resulted in nearly 20 million people in Bangladesh remaining exposed to dangerous arsenic in water. The WHO called it one of the largest mass-poisonings of a population in history. 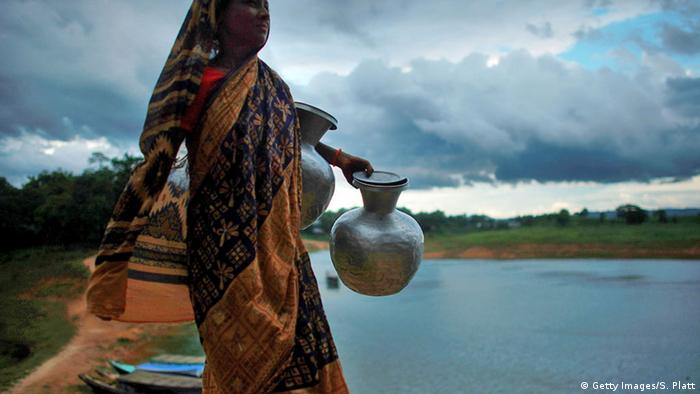 Arsenic is found in mostly shallow, hand-pumped tube wells in rural Bangladesh, where an estimated 43,000 people die from arsenic-related illnesses every year.

In 1995, an international conference first drew attention to the health threat posed by arsenic in water wells, spurring international donors and the government to initiate a drive to provide clean drinking water to the rural poor.

"Bangladesh isn't taking basic, obvious steps to get arsenic out of the drinking water of millions of its rural poor," said Richard Pearshouse, senior researcher at Human Rights Watch and author of the report.

In response to what the UN's World Health Organization (WHO) dubbed the "the largest mass poisoning of a population in history," the government screened some 5 million wells, painting them red for unsafe and green for safe according to whether they met the national standard. That national standard is still five times higher than WHO recommendations.

Deeper water wells can usually access non-arsenic tainted water, but the wells are more expensive and out of reach for the poor.

Based on interviews and a survey of 125,000 deeper government-dug wells from 2006 to 2012, HRW found there was little monitoring or oversight and politicians were prioritizing digging new wells for friends, family, political supporters and allies, rather than those areas in most need.

"What we found was basically poor governance," Pearshouse said."There is no technical problem that can't be solved if the political will is there. But what we see is that the government is using many of its valuable resources in areas where there is no need for deep tube wells from the government."

In rural Bangladesh many people do not even know the effects of arsenic poisoning and cannot afford healthcare.

Prolonged exposure increases the risk of cancer, can affect the nervous and respiratory systems, and impacts child development. Many suffering from poisoning are first identified by skin lesions.

"I've never been to a hospital, I've never seen a doctor. I take no medication. No one from the government has ever told me anything about arsenic or that I suffer some effects of arsenic poisoning," one women in her 40s in the village of Ruppar suspected of having been poisoned told HRW.