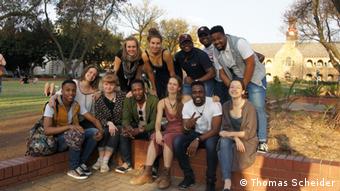 Together with Deutsche Welle, the Beethovenfest's Campus Project has been bringing young musicians from the world over together since 2001. This year, the musical encounter is taking place in Johannesburg, where the German vocal ensemble Sjaella from Leipzig meets the a-cappella group Just Six. Arts.21 listens in on the young musicians at a workshop in South Africa. In this multi-cultural nation, group singing is a popular way of making music and forms part of the country's identity. During the apartheid era, choral music became a voice of protest against discrimination and oppression. African vocal music meets traditional European song. 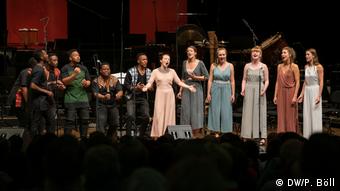 The highlight is a joint concert at the Beethovenfest in Bonn, accompanied by the German National Youth Orchestra - a concert as colorful and multifaceted as life itself in the Rainbow Nation.