Turning over a new leaf

One would have to be a dope not to appreciate the deep-rooted controversy that the legalization of marijuana in the US states of Colorado and Washington has unearthed for the rest of the Americas. 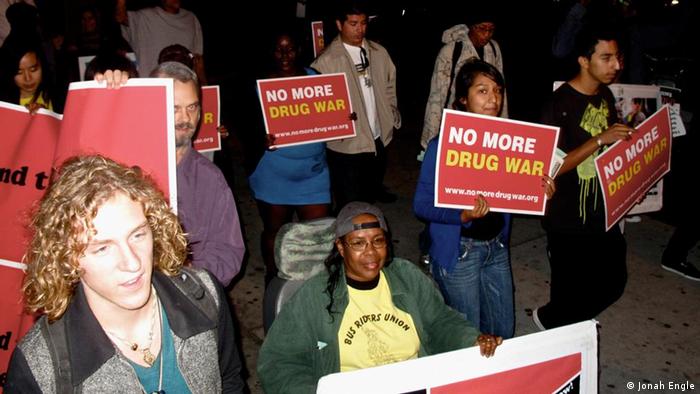 Faced with this soiled wedge between state legislation and federal law within the United States, Mexico's President-elect Enrique Peña Nieto and his advisors have already concluded there will have to be a significant change in their anti-narcotics policy.

Peña Nieto, who recently visited President Barack Obama in the White House and also had meetings with Vice President Joe Biden, Secretary of State Hillary Clinton and Secretary of Homeland Security Janet Napolitano, kept his political cards close to his chest in the spotlight. For public consumption, he stated that his primary aim is to reduce the levels of violence in Mexico. The nation is ravaged by a bloody ongoing six-year drug war, which has killed tens of thousands, and now threatens to spill over on to US soil.

For his part, President Obama said that there must be more focus on immigration. US Congress has failed to grasp the nettle for years about a practical, yet humane policy to address the lingering question concerning millions of undocumented migrants in the US.

But weeding out the marijuana issue was prudently left to behind closed door discussions. Mexico and the rest of the Americas want to know whether the US government, which is supposed to rigorously uphold the law concerning illicit narcotics, is going to impose its authority, or allow other states to catch the drift of this political smoke signal.

Ernesto Lopez Portillo, the Executive Director at The Institute for Security and Democracy says there's now an additional leaf in the law and order agenda. "We should open a new debate, talking about reforms around the region, not only in the USA. Mixed signals are being sent. There is an increase in the number of people who think that it's OK to use marijuana in any way. But at the same time, there is a major political commitment and a lot of bi-lateral agreements in the way we have to fight drugs," he told DW.

Turning over a new leaf 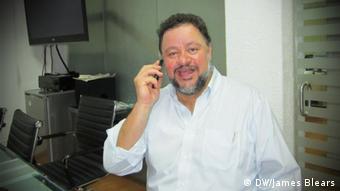 Lopez Portillo says there are going to be changes in the way Mexico supplies marijuana to the United States, as it's already evident a local market is producing a better product at a cheaper price. And he issued a stark warning. "So what's going to happen concerning organized crime groups in Mexico, which are depending on that income? If we don't think and we don't do right, we might create an even bigger problem, because organized crime will look to other markets to compensate."

Pedro Javier Gonzalez, the Director General of More Citizenship agrees. "I don't know what's going to happen when a Mexican drug cartel sees that its market is being reduced because of the legalization. It certainly isn't going to quit. It'll go for other aspects of crime like more extortion, more people trafficking and more kidnapping. I think these areas will increase a lot more," he told DW.

Gonzalez warns that Colorado and Washington are really the tip of the leaf, because there are 18 more US States where marijuana is legalized for health reasons. "In political terms, we all know these medical reasons are also recreational reasons."

Lopez Portillo thinks that the short-term effect of this apparent contradiction in the United States is puzzlement, but the long-term effects will be varied as well as far reaching. "I think in the next five to 10 years, we will have a number of countries in Latin America creating their own way of fighting and treating this problem. And maybe it's not going to be principally through political institutions, criminal justice systems and the army."

"I do believe today, and I didn't a few years ago, that it's possible for a new agenda to be created in Latin America, not necessarily depending on the White House. So maybe we will have some countries regulating drugs, specifically marijuana."

However Lopez Portillo is adamant that a national referendum in Mexico about marijuana legalization would only be able to take place following a political agreement with the United States. "And by the way, I'm not sure that most of the Mexican people would say yes. This is because we still have a very conservative society - much more than you think!" 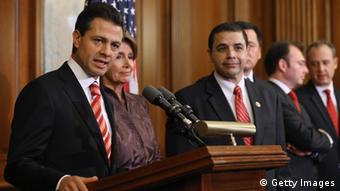 Gonzalez feels that Mexico's Enrique Peña Nieto will have to focus on the health and social implications of this issue, while concentrating on combating the crime generated by the drug cartels. He says better overall coordination especially via intelligence systems holds the key to success. "You can't deploy the military all around Mexican territory. You have to concentrate on very specific targets. I think the change we need is in strategy. If you want, you can try to kill a fly with a cannon. But it is more intelligent to kill it in other ways."

Ernesto Lopez Portillo thinks that the US government should be the pathfinder in a wait-and-see policy. "Reduce prosecutions in Colorado and Washington regarding marijuana and watch the way people live with the change. Then maybe they will create a different agenda for the world, because major change is only possible with international consensus." 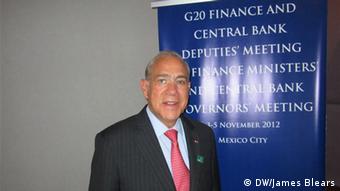 Jose Angel Gurria says Mexico is on the right track

Jose Angel Gurria is a former economics minister and ex-foreign secretary in Mexico. He's now the Secretary General of the Paris-based Organization for Economic Cooperation and Development (OECD).

During a recent trip to Mexico, he said that the OECD had just presented a book entitled: "Strengthening evidence based policy making on security and Justice in Mexico," which looks at a state by state study of performance in terms of security and their contributions to national security.

Notwithstanding Mexico's drug war, he said the country was in a good position to get back on track.

"Mexico has an opportunity to really get going again. To have sustainable rates of growth, which can generate the proverbial one million jobs per year. We have an opportunity to get a lot of the investments that at some point fled to other places in the world and use the comparative advantage of geography, together with competitive prices. So I think that dealing with the security issue, is going to be a priority, precisely because it seems to be the only thing that is … kind of missing, in an otherwise very good narrative."

A spate of kidnappings has added a new dimension to the violence in Mexico. Police and politicians are often powerless to react due to rampant corruption and bureaucratic obstacles. (05.10.2012)