"Islamic State" (IS) has claimed responsibility for the attack on the upscale Istanbul nightclub that left 39 people dead, reportedly including at least two Germans. Turkish police are still searching for the gunman.

The militant group released the statement on Monday, saying that "a heroic soldier of the caliphate struck one of the most famous nightclubs where the Christians celebrate their apostate holiday" in Turkey.

In the online statement, they also labeled the Muslim-majority Turkey a "protector" of Christianity. 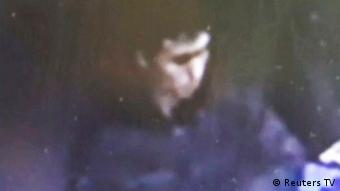 Meanwhile, Turkish authorities were still looking for the attacker who opened fire in the prominent Reina during the New Year's celebrations on the day before. Dogan news agency reported that eight people were arrested over the attack on Monday, but the shooter was believed to still be on the run.

The assailant reportedly shot a police officer outside the club, then entered and started shooting at hundreds of patrons inside, less than one hour after Turkey rang in the new year. Some of the guests jumped into frigid water of the Bosporus to avoid the attack.

At least 39 people were killed and 69 injured, officials said.

"A manhunt for the terrorist is underway," Interior Minister Suleyman Soylu told reporters. "We hope the attacker will be captured soon."

He added that 15 of victims have been identified as foreign nationals. Family Minister Fatma Betul Sayan Kaya also said that many Arab tourists were killed in the shooting.

"There are foreigners and Turks, but the majority are foreigners. From different countries - Saudi Arabia, Morocco, Lebanon, Libya," the Anadolu news agency quoted Sayan Kaya as saying.

Authorities in the Bavarian city of Lansberg also believe that at least two Germans were killed in the attack, namely a 28-year-old from Lansberg and a 26-year-old from the nearby town of Kaufering. This information has yet to be confirmed by the federal government.

According to Soylu, officials believed that only one gunman was responsible for the assault. Local media previously spoke of two attackers who allegedly used Santa Claus outfits as a disguise.

The interior minister also said it was likely that the attacker left the club wearing different clothing.

"They are trying to create chaos, demoralize our people, and destabilize our country," he said, addressing the nation on Sunday morning. "We will retain our cool-headedness as a nation, standing more closely together, and we will never give ground to such dirty games," he added.

One witness told the Associated Press she saw bodies in the nightclub following the attack. "Before I could understand what was happening, my husband fell on top [of] me," said the witness outside Istanbul's Sisli hospital. "I had to lift several bodies from on top of me before I could get out." The witness' husband was not in serious condition, despite being shot three times.

No rest from terror

Professional footballer Sefa Boydas, said "people were walking on top of people" while fleeing the club. Talking to the AFP news agency, he also said that "many girls fainted" upon hearing the gunshots.

"My girlfriend was wearing high heels. I lifted her and carried her out on my back," he later posted on Twitter.

During 2016, the dominantly Muslim Turkey has been hit by several deadly terror attacks, both by the so-called "Islamic State" militia and the Kurdish insurgency. At least 17,000 police officers were on duty in Istanbul during the New Year's celebration.