Turkish air force has conducted airstrikes against Kurdish militants in the border regions of the country, officials said. A visit from Iran's foreign minister Javad Zarif, scheduled for Tuesday, has been postponed. 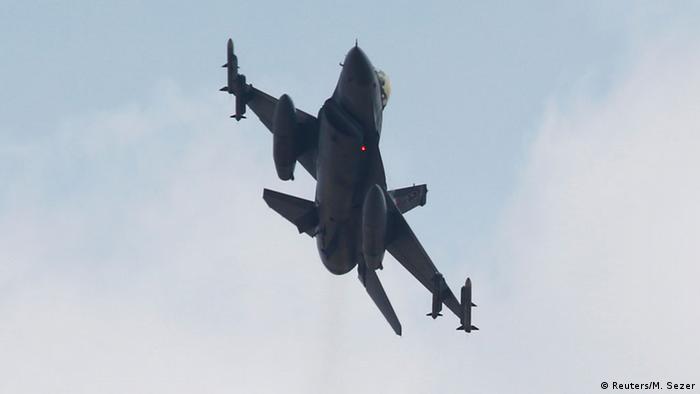 The military jets targeted Kurdistan Workers' Party (PKK) in a series of overnight raids, the army announced on Tuesday.

"Seventeen targets of the separatist terrorists were hit with precision and neutralized" in the Hakkari province on the border with Iran and Iraq, the army said.

Also on Tuesday, a Turkish soldier was killed in the country's restive southeast, in the attack army blamed on PKK militants.

The latest bout of violence follows a police station bombing in Istanbul on Monday, which the government also claimed to be the work of Kurdish militants. Later, a group of gunmen fired on police inspecting the scene of the explosion. In addition, Kurdish forces targeted the security forces in southeastern Sirnak with a roadside bomb, and a Marxist group reportedly fired at the American consulate in Istanbul.

Iranian foreign minister Javad Zarif was scheduled to visit Ankara later on Tuesday and discuss the conflict in Syria. However, his visit has been postponed to an unspecified date in the future, Turkish authorities said.

"There has been a change in the program," an official from Turkish foreign ministry told the AFP, without providing details.

While the Turkish diplomatic sources claim that the plans were changed due to a scheduling conflict, some media outlets speculated that it was due to an article Zarif wrote for Turkish opposition newspaper Cumhuriyet. In the article that was published Tuesday, Zarif criticized US policies in the Middle East.

Turkey and Iran have conflicting views on the civil war in Syria, with Tehran supporting Syrian President Bashar al-Assad.

Zarif was expected to visit Beirut later on Tuesday.

Police reportedly arrested the artist, whose videos have reached 94 million hits online, over suspected links with the Kurdish militant group the PKK after an alleged visit to a Syrian region they control.