Turkey's prime minister and president have expressed outrage that two government critics were freed by the Constitutional Court. A lower court has refused to release the pair. 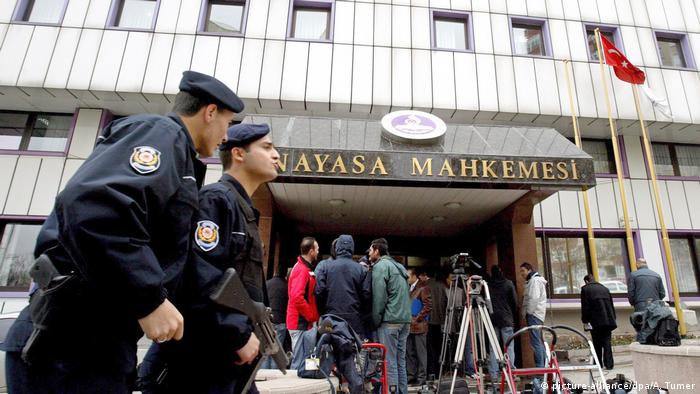 Turkey's government slammed the country's Constitutional Court on Friday after it ordered the release of two journalists who had questioned the government. Mehmet Altan and Sahin Alpay were facing charges related to the failed 2016 coup, but the court decided that their rights had been violated while in custody.

Alpay is a 73-year-old political scientist who worked for a newspaper that supported exiled cleric Fethullah Gulen, and Altan, 64, is the author of several books on Turkish politics.

Erdogan: 'No respect' for ruling

The Constitutional Court, one of the few bodies in Turkey not under the control of President Recep Tayyip Erdogan, was heavily criticized by many of the country's leaders.

For his own part, Erdogan said he had "no respect" for the court's decision.

The two journalists were not freed after the ruling, however, after Ankara announced that their cases would be decided by a lower criminal court.

The Istanbul court said it could not free the men because the Constitutional Court had not officially stated the reasoning behind its decision.

Alpay and Altan are just two of the 50,000 journalists, civil servants, officials and educators who were arrested after the coup attempt in July 2016 that has been blamed on Fethullah Gulen. Critics have argued that Erdogan has been using the failed overthrow to cement his grip on power, a charge he adamantly denies.

The US and Turkey have agreed to resume full visa services that were halted over the arrest of staff at US consulates. Despite the announcement, both sides appeared to disagree on what they agreed on. (28.12.2017)

German Foreign Minister Sigmar Gabriel has been criticized for pouring tea for his Turkish counterpart Mevlut Cavusoglu and for saying there was nothing wrong with reinforcing Turkish tanks, despite human rights abuses. (08.01.2018)