Turkish-Kurdish cease-fire on edge as one soldier is killed

Turkish forces said one soldier has been killed and another injured by the YPG in northern Syria, threatening a fragile cease-fire. President Erdogan said Turkey would "crush the heads of terrorists" who don't withdraw. 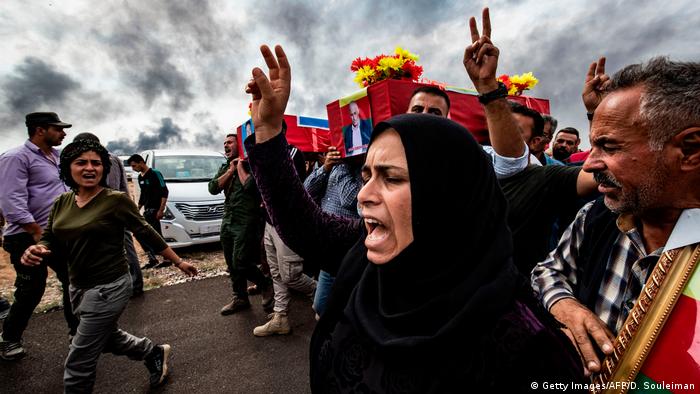 One Turkish soldier has been killed and another injured as the Kurdish YPG and Turkish ground forces clashed in northeastern Syria's Tel Abyad, Turkey's Defense Ministry said on Sunday.

The death comes amid accusations from both sides that the other is breaching the cease-fire arrangement.

A day earlier, the ministry said Turkey was "completely abiding" by a US-brokered cease-fire in northern Syria, and accused Kurdish fighters of carrying out 14 "attacks" over the past 36 hours, mostly near the border town of Ras al-Ayn.

Kurdish fighters said the town was besieged by Turkish-backed forces, which were preventing the Kurdish withdrawal and the evacuation of the wounded. 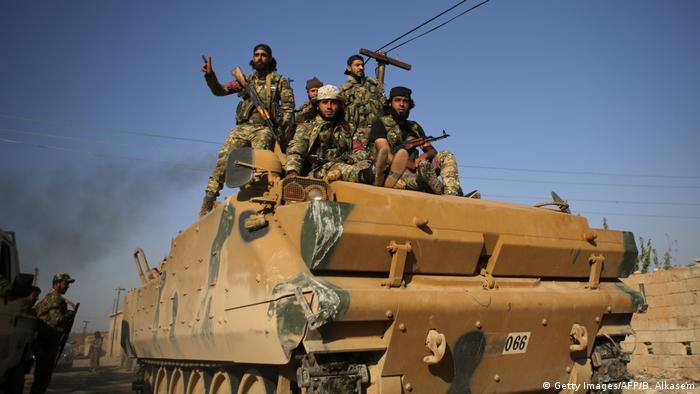 In a statement, Syrian forces accused Turkey of failing to abide by the cease-fire agreement and refusing to lift the siege of Ras al-Ayn.

Later Saturday, a medical convoy, which had been blocked since Thursday by Turkish-backed rebels, was allowed into Ras al-Ayn, activists said.

By Sunday evening, the Kurdish-led Syrian Democratic Forces (SDF) announced that it had completely withdrawn from Ras al-Ayn as part of a US-brokered temporary cease-fire deal.

"We don't have any more fighters in the city," an SDF spokesman said in a statement. About 500 fighters had been stationed there.

A senior Turkish military official denied that Turkey's military was blocking the withdrawal of Kurdish fighters from the border areas and said Turkey was fully behind the cease-fire deal.

"It's bizarre to think that we'd violate an agreement that we like," the official said, adding that Turkey got "everything it wanted" with the deal.

On Thursday, Turkish President Recep Tayyip Erdogan had agreed to a five-day cease-fire after talks with US Vice President Mike Pence. The cease-fire is intended to allow time for the Kurdish fighters to withdraw from a "safe zone" Turkey aims to establish in northeastern Syria near the Turkish border.

Ankara demands that the SDF leave a 444-kilometer-long (275-mile-long) and 32-kilometer-deep area along the border with Turkey.

The Kurdish-led forces in Syria, which only had an indirect role in shaping the cease-fire, said they would abide by the halt in fighting.

Redur Khalil, a senior SDF official, said Saturday that Kurdish forces would pull back from the border area in accordance with the cease-fire agreement after Turkey allowed for remaining fighters and civilians to evacuate Ras al-Ayn. 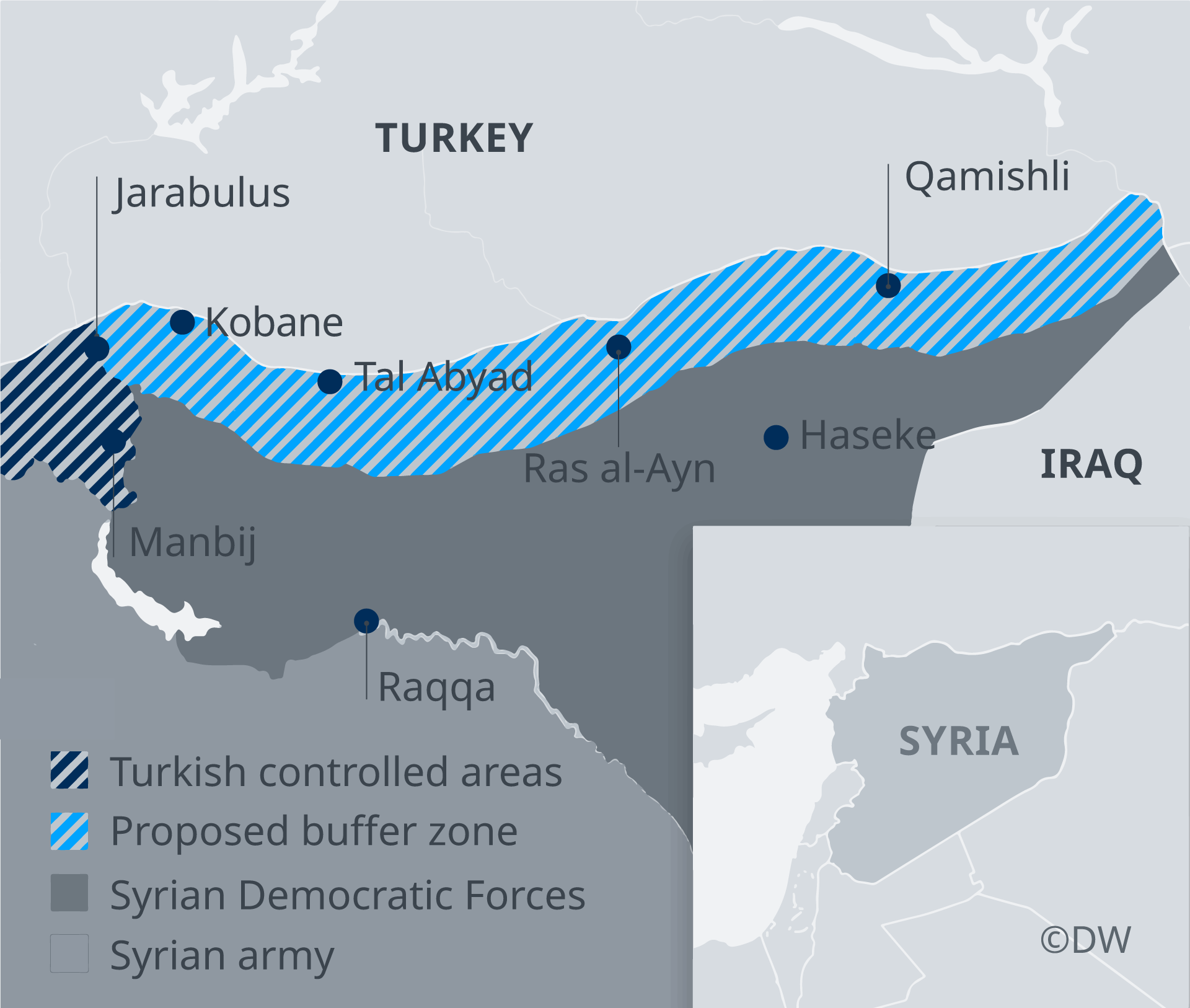 "If it works, it works. If not, we will continue to crush the heads of the terrorists the minute the 120 hours are over," Erdogan told supporters Saturday in the central Turkish province of Kayseri.

Turkey said the presence of Syrian troops in the border region complicated Ankara's plan to build a "safe zone" in Syria where it plans to resettle up to 2 million refugees currently living in Turkey.

"If the promises that were made to us are not kept, we will not wait as we did before and we will continue the operation where it left off once the time we set has run out," said Erdogan.