Turkey’s ruling AKP party has history of links to Islamist groups | Middle East | News and analysis of events in the Arab world | DW | 17.08.2016

A German government report alleges an "ideological affinity" between Turkey and Islamist organizations. The links are nothing new. 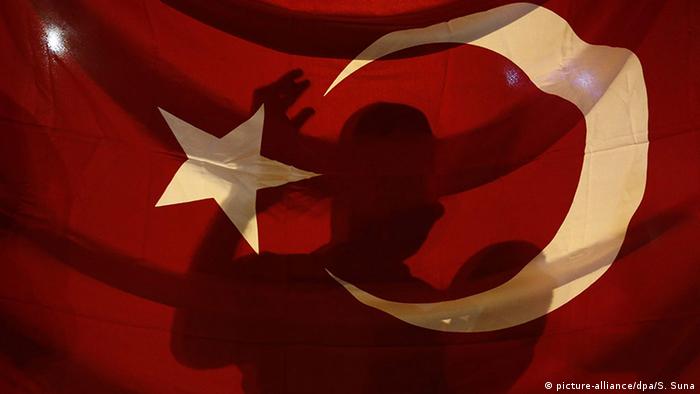 The German Interior Ministry has said that, based on information from Germany's intelligence service, BND, it believes Turkey has "developed into a central platform of activity for Islamist groups in the Middle East."

As an example of the "ideological affinity" between the Turkish government and Islamist groups, the ministry cited Turkey's ties to the Palestinian group Hamas, the Muslim Brotherhood in Egypt, as well as armed Islamist opposition groups in Syria.

With regard to Hamas, the German government takes its cue from the European Union, which has classed the group as a terrorist organization since 2003. Whereas the West was shocked when Hamas won the 2006 parliamentary elections in the Palestinian territories, Turkey's AKP government received a Hamas delegation in Ankara, validating them as representatives of the Palestinian people. Ankara countered Western criticism by saying that "the international community should openly convey its expectations to Hamas."

Hamas chief Khaled Mashaal appeared to be pleased with the support from Turkey. At the time, the Islamization of Turkey's foreign policy was just beginning to become an issue. But the reception of the Hamas delegation gave a taste of things to come. According to Turkish diplomatic sources, Erdogan again met with Mashaal this past June.

The support for Hamas reached a high point in 2010 when a Turkish organization loaded a ship with aid supplies for Palestinians and attempted to breach an Israeli sea blockade of the Gaza Strip. Israeli commandos raided the ship, killing 10 Turkish activists. A diplomatic row between Turkey and Israel ensued, and the two countries only normalized relations a few weeks ago. 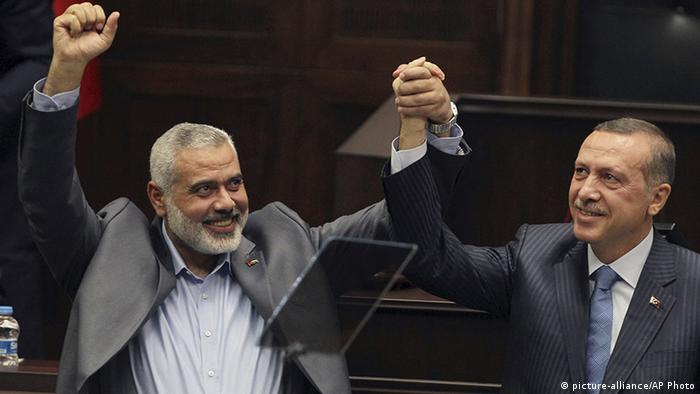 Solidarity with Hamas: Erdogan (r.) with Ismail Haniyeh in Ankara. Hamas is on the EU terror list

The German government has distanced itself from a report on Turkey, in which the country is described as a hub of Islamic activity in the Middle East. The report has inflamed already tense ties between the two countries. (17.08.2016)

Should the US remove its nuclear bombs from Turkey?

Experts say US nuclear bombs in Turkey have no military value and pose unnecessary risks. Why are they still there? (16.08.2016)

A court in Turkey has ordered the closure of "Ozgur Gundem," known for its pro-Kurdish views. The decision comes amid a growing crackdown on dissent as the country reels from an attempted coup in July. (16.08.2016)

Members of Germany's government have accused Turkey's regime of supporting militant groups in the Middle East, public media report. ARD cited a classified document sent from the Interior Ministry to the Left party. (16.08.2016)

Shawki Ibrahim Allam, the Grand Mufti of Egypt was a guest at the University of Bonn in Germany. In a panel, he called for inter-religious dialogue; however, political issues were not addressed. (17.07.2016)

Erdogan's goodwill toward Egypt's Muslim Brotherhood is also not new. When brotherhood member Mohammed Morsi became Egypt's first democratically elected president, he had Erdogan's support. And when the Egyptian military toppled Morsi in 2013 in the wake of mass protests and banned the Muslim Brotherhood, Erdogan protested and spoke of a coup, accusing Israel of being involved. According to the German Interior Ministry report, Turkey continues to show solidarity by, among other things, sheltering numerous leading members of the brotherhood. Egyptian exiles are also permitted to oppose the new Egyptian government on a Turkish propaganda channel broadcast by satellite.

Less clear is the relationship between Turkey and the so-called "Islamic State" and other radical Islamic jihadist groups. Officially, the Turkish government has labeled IS a terrorist organization. At the same time, reports have repeatedly surfaced during the civil war in Syria that Ankara has bought oil from IS, supplied it with weapons and money, and allowed wounded jihadists to be treated in Turkish hospitals. On the other hand, IS has also claimed responsibility for a series of attacks in Turkey.

It is clear that, for the Turkish government, any growth in power of the Kurds in Syria or Iraq along the Turkish border is suspect, because it fears the separatist tendencies of the Kurdish minority in Turkey. Since the West is supporting the Kurds in the fight against IS, and Syrian President Bashar al Assad is also an opponent of Erdogan, it stands to reason that Erdogan has, at least selectively, benefited from "Islamic State." 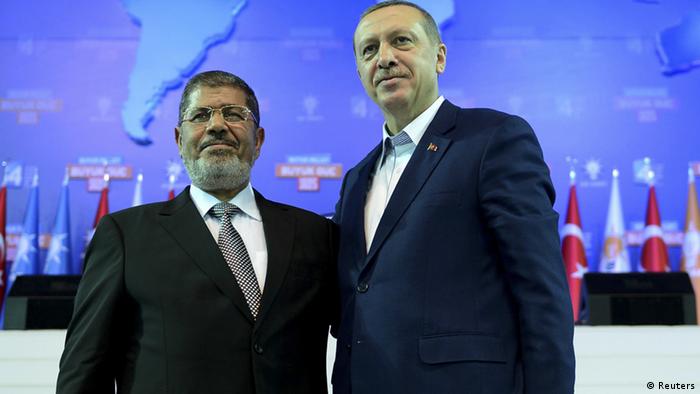 Turkey's president with the Muslim Brotherhood's Mohamed Morsi of Egypt

None of this is really new. But up until now, it was also not part of the public discourse. Foreign policy specialist for Germany's Christian Democrats (CDU) Roderich Kiesewetter confirmed this recently in an interview with public broadcaster WDR: "Turkey has been supporting Hamas for 10 years now. We have discussed this matter privately with Turkey very intensively. We have also very clearly voiced our concerns that Turkey is helping to finance IS." Kenan Engin, a Turkish-Kurdish political scientist from the University of Heidelberg told Nordwest Radio that Turkey is not just passively tolerating IS, but rather, actively supporting the organization.

So, what are the consequences? Kiesewetter sees no cause to end the EU's refugee deal with Ankara, nor to end the dialogue with Turkey. Berlin is used to negotiating with "much more difficult countries," such as Saudi Arabia or Iran, he said. However, Turkey does need to understand where the line is. "A visa deal with Turkey is only possible if democratic principles are upheld," he said. He also called on NATO to address the fact that "a major member country is clearly supporting an enemy that is being fought by NATO states."

Deputy parliamentary group chairman for the Social Democrats (SPD), Rolf Mützenich, says it's not so much Turkey's role that is the problem. "The yardstick will be whether this platform for activity is being used to commit acts of violence," Mützenich told the Frankfurter Rundschau newspaper. CDU politician Kiesewetter has also stressed that isolating Turkey will not help improve the situation. "If Turkey were to turn its back on NATO and Europe, then we would have a giant power between Europe and Asia that would be difficult to control."