Turkey's parliament has started a debate on the introduction of a new constitution designed to consolidate the powers of the presidency under Recep Tayyip Erdogan. The consultations are supposed to last two weeks. 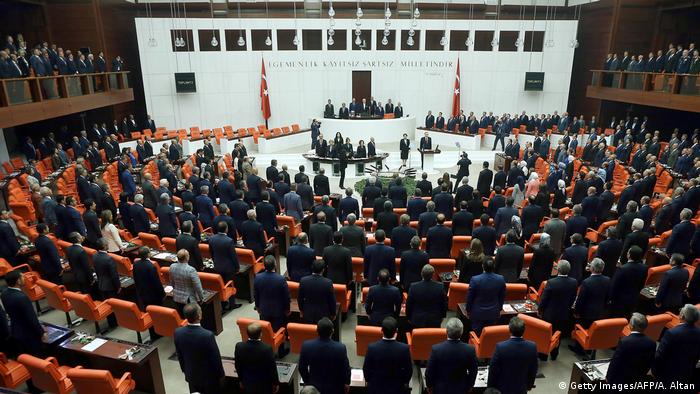 Turkey's parliament, the Grand National Assembly of Turkey, is considering the introduction of constitutional amendments that would hand sweeping executive powers to the office of the presidency, which presently is a largely ceremonial role.

The proposals would have to clear two rounds of voting in parliament before being approved or rejected in a plebiscite. The earliest date this referendum could happen would be in the spring. The draft of the current 18-article new constitution was agreed by a parliamentary commission late in 2016.

Turkey's ruling Justice and Development Party (AK Party), founded by current President Recep Tayyip Erdogan, had been pushing for the constitutional changes for years while Erdogan was still prime minister, claiming that a strong leadership would lead to greater prosperity. Opponents say, however, that the changes would inadvertently inflate the president's authoritarian ways and allow him to rule without checks and balances in place.

The initial parliamentary debate took off while protestors gathered outside the TBMM building in Ankara denouncing the proposal. Police and security forces reportedly made use of teargas to disperse the crowds.

Support from an opposition party

The AK Party is the biggest power in parliament but finds itself 14 votes short of the 330 needed to pass the proposals under parliamentary rules requiring a three-fifths majority to enact changes to the constitution. 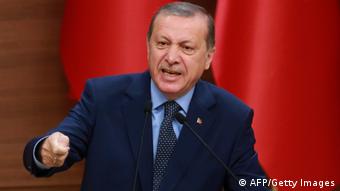 Erdogan has been pushing for the consitutional change for many years, paving the way by establishing direct elections of the president in 2014

Entering the consultation phase of the proposal, the AK Party has the support of the smallest fraction in parliament, the National Movement Party (MHP), an ultra-nationalist group with 40 seats in the house. Though technically in opposition, the MHP shares a similar patriotic vision for Turkey with the AK Party and could prove to be kingmaker in the vote. While a number of MHP members of parliament have rejected the idea of the presidential system, party leader Devlet Bahceli has already announced his support.

Yet individual AK Party members could also refuse to endorse the motion, making the outcome of the balloting process difficult to predict.

The new constitution, if passed and then supported at a referendum, would replace the country's basic law, which had been drawn up after a military coup under General Kenan Evren in 1980. It would be the first time in the 94-year history of the modern republic that a presidential system would be in place. 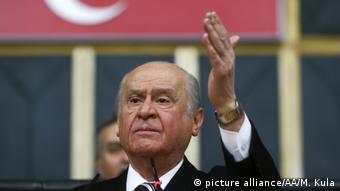 The nation's founder, Mustafa Kemal Atatürk, had deliberately opted for a parliamentary democracy in order to avoid the consolidation of too many powers in one hand, as had been the case under the sultans of the Ottoman Empire - Turkey's predecessor state.

The biggest opposition party, the Republican People's Party (CHP), meanwhile opposes the new constitution. CHP deputy chairman Bulent Tezcan said that it would restore powers "to the palace" taken away from the Ottoman Sultan a century ago.

"It will be the dissolution of all that our republic has achieved," he said, adding that it would lead to a "one-man dictatorship" in the wake of a failed coup attempt in July 2016. CHP leader Kemal Kilicdaroglu went further and said that "they are trying to turn the democratic parliamentary regime into a totalitarian regime."

The never-ending rule for Erdogan

Erdogan served as Turkey's prime minister from 2003 to 2014 and was then voted in as president. The draft law says that the president would be elected for a five-year term and serve for a maximum of two mandates. 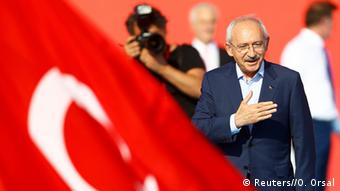 His current term under the present constitution would likely not factor in towards that. With Erdogan's existing time as president not counted in it could mean that he might get to stay in office until 2029.

Under the new constitution, the president would also not be required to formally sever links with a political party, as is the case under the current constitution. That said, Erdogan has kept close ties with the AK Party and is still considered at least their figurehead. 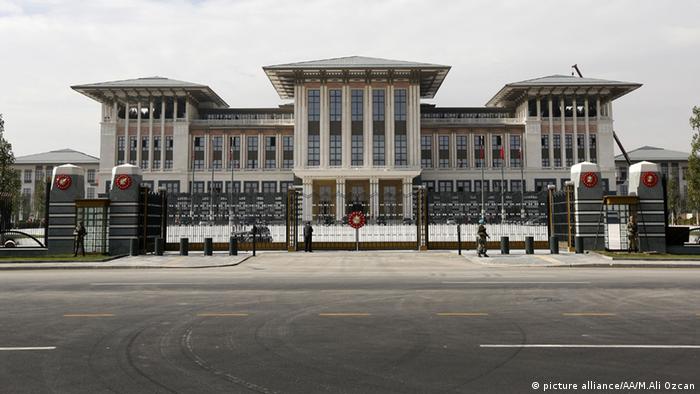 Erdogan's presidential palace, commonly referred to as Ak Saray, could be a signal of the full extent of his ambitions

In anticipation of an eventual approval of the motion, Erdogan had a palatial structure built in the capital Ankara initially named Ak Saray; the controversy surrounding the name, which although it translates as "White Palace" features the letters of the ruling party in it, led to a renaming of the edifice, which holds more than 1,100 rooms. 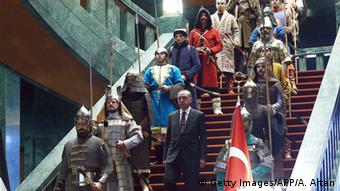 It is now officially referred to as the "Presidential Complex" having cost the taxpayer more than $615 million (583 million euros). Erdogan moved into the palace in 2014. It is bigger than Buckingham Palace in London, Versailles outside Paris, or the Kremlin in Moscow.

Turkey's highest court, the Turkish Council of State, ruled in 2015 that the construction had violated the law and ordered Erdogan to vacate the building. The President, however, declared the ruling null and void, saying that according to the Turkish constitution it was part of his presidential mandate to sign executive orders on his own initiative.

Countdown to a presidential system in Turkey

In Ankara, the ruling AKP party and the opposition MHP have agreed on a transition to a presidential system. Both sides have agreed to call the new political model a Partisan Presidency. What exactly will this system be? (02.12.2016)