A controversial reform that would significantly expand Turkish President Erdogan's power has passed another hurdle. Now parliament will vote on whether a constitutional referendum will go forward. 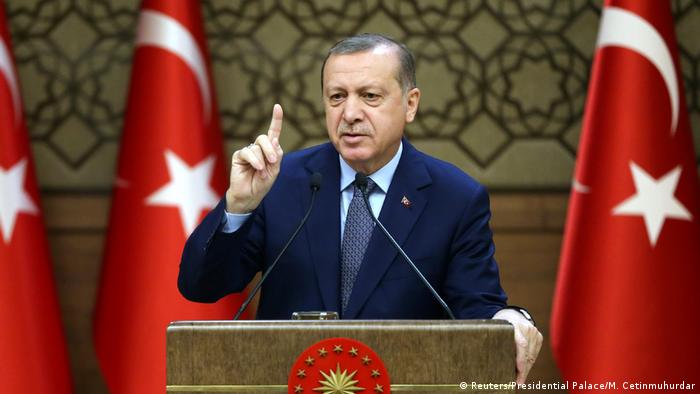 The Turkish parliament's constitutional commission approved a draft of a controversial constitutional reform championed by President Recep Tayyip Erdogan and his party AKP on Friday.

The proposed reform would transform Turkey from a parliamentary system into a presidential system, shifting executive power from parliament and prime minister to the presidency. Under the current constitution, the president officially serves a largely ceremonial role, but Erdogan has used his popularity to expand his influence on Turkish politics.

The entire parliament is now expected to debate the bill in January. Experts predict that the parliament will approve the constitutional reform, which requires at least 330 votes from the 550 members of parliament. The ultra-conservative MHP currently supports the reform along with the AKP. Together, both parties have 356 votes in the parliament. A referendum would likely be held by spring.

Center-left CHP and pro-Kurdish HDP have condemned the reform, saying that it could lead to a "dictatorship". The proposed reforms would give Erdogan full executive powers and extend his mandate. Critics fear that this could allow Erdogan to rule unchecked.