Turkey expects to send its first rocket to the moon as early as 2023, according to President Erdogan. Other aims include establishing a space port. 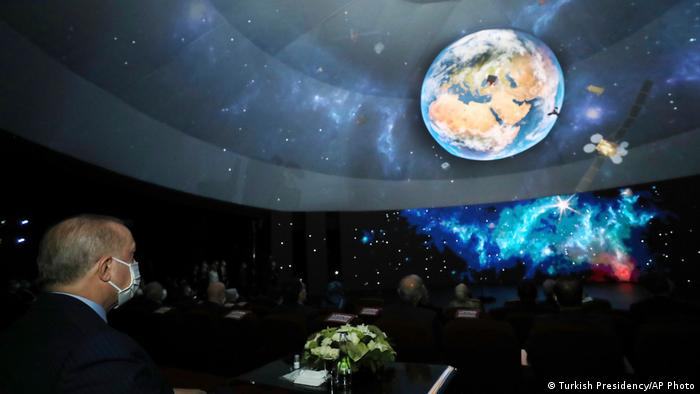 "The first rough landing will be made on the moon with our national and authentic hybrid rocket that shall be launched into orbit in the end of 2023 through international cooperation," said Erdogan. "God willing, we are going to the moon," he added.

The plan coincides with the 100th anniversary of the creation of the Turkish republic.

Erdogan also outlined plans to build a spaceport and create a "global brand" in satellite technology.

"I hope that this roadmap, which will carry Turkey to the top league in the global space race, will come to life successfully," he said.

In the space business since 2018

Turkey started its space agency in 2018, despite criticism over spending large amounts of money on the project amid an economic crisis. However, supporters of the project see it as an opportunity to retain researchers and reduce a brain drain.

Erdogan didn't reveal details on the budget for the program or the roadmap. Last month, he spoke to Elon Musk, the chief executive of SpaceX, on cooperating on space technologies with Turkish companies.

The same month, Turkey launched its Turksat 5A satellite into orbit from the US in cooperation with SpaceX.

On July 20, it will be 50 years since Neil Armstrong became the first man to walk on the moon. Soon others could follow — even tourists. Comfort might be low, but the experience would be truly stellar.

Turkey says it has summoned the Russian ambassador after a Russian jet violated its airspace. The incident comes two months after Turkey shot down a Russian warplane, setting off a breakdown in relations.