On July 20, it will be 50 years since Neil Armstrong became the first man to walk on the moon. Soon others could follow — even tourists. Comfort might be low, but the experience would be truly stellar. 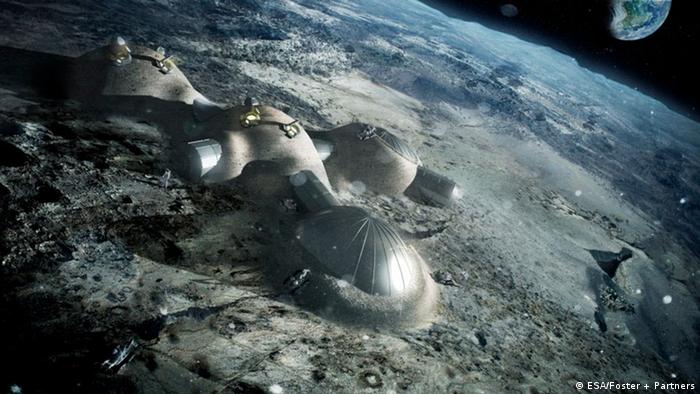 In fact, a visit to the moon is a highly exclusive privilege: only 12 people have so far walked on Earth's orbiting satellite. All of them were astronauts of the US Apollo programs that ran between 1969 and 1972. So, let us begin with the bad news: When the next humans might walk on the moon is still written in the stars. Getting there: Currently there is no provider

Russia has announced that it will transport space tourists as of 2021 — but only into space. China is planning a base on the moon, but when is still uncertain. Most concrete are the US plans: They want to send astronauts to the moon again starting in 2024. However, tourists have not yet been mentioned.

And then there are the private providers like Blue Origin by Amazon boss Jeff Bezos, Virgin Galactic by British entrepreneur Richard Branson or SpaceX by Tesla founder Elon Musk. One holidaymaker has already booked a trip to the moon with the latter: Japanese billionaire Yusaku Maezawa. He plans to blast off in 2023 and take six to eight artists with him.

There are, however, a couple of hitches: a moon landing is not planned, only a circumnavigation about 200 kilometers (124 miles) away. And in the past, the launch dates of private space companies were repeatedly postponed — the technical hurdles and challenges proving to be too high.

For breakfast nuts and fruit salad, for lunch pasta and sausages, later a few muesli bars and in the evening perhaps some dried strips of beef and cheese: by now, the menus of the astronauts in space are quite varied. Nevertheless, holidaymakers should not expect an exquisite menu — even though NASA, for example, works with star chefs.

Most food is ultra-high temperature, freeze dried and thus preserved. Fresh fruit is very rare and crisps, for example, aren't even available because the crumbs could get stuck in fittings or filters. But there's one thing that travelers don't have to do without: Since 2015 there has been a space espresso machine dubbed the ISSpresso.

The accommodation: Bright, loud, and dusty

No one should expect a lunar five-star vacation. "We're not flying to the moon because it's so beautiful and worth living on," says German astronaut Alexander Gerst. "It's relatively gray, dusty, there's a vacuum, bright sunlight, minus 150 degrees (238° F) at night, and plus 150 degrees (302° F) during the day." 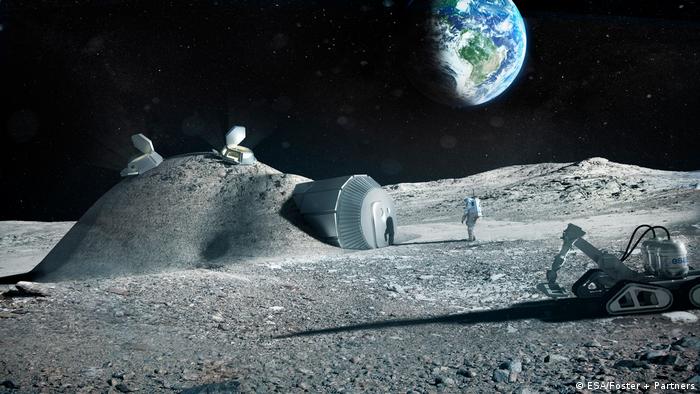 The European Space Agency ESA is currently working on how space visitors could be accommodated in this hostile environment. It wants to build a lunar village in the next few years, and ESA Director General Johann-Dietrich Wörner has said that tourists should also be able to spend their holidays there.

But it's still merely a vision and a distant prospect. Nothing is yet known about how the interior might look. But what would be unavoidable in a moon village would be the constant noise from ventilation motors and pumps, which would ensure that people can survive.

The tour package: Sports and sightseeing

Holiday in space would inevitably be an active holiday. But the extraterrestrial location would present people with special challenges: the heart shrinks in space. Tear ducts no longer function, burping isn't possible and muscles waste away. Therefore, you would have to exercise every day. But you would do so with a spectacular view of the Earth.

Excursions could include a sightseeing tour with a lunar vehicle to moon craters like the Peary, the highest mountain of the moon, the Mons Huygens, or to the Apollo 11 landing site. 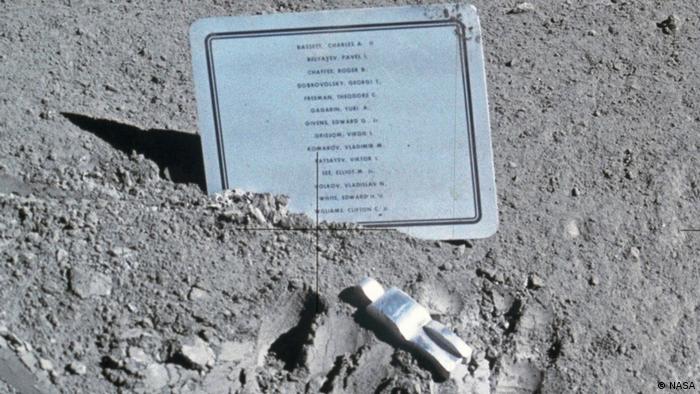 Some memorabilia can also be found in the moon dust: Each of the Apollo missions left a commemorative plaque and a flag of the USA. In the unmanned space probe Luna 2 there is a banner of the Soviet Union, and on the far side of the moon there is the Chinese robot Yutu 2, known as the Jade Rabbit.

The Fallen Astronaut, an aluminium sculpture by the Belgian artist Paul van Hoeydonck, will probably also be considered a highlight. It is a reminder to the astronauts who lost their lives while exploring space. Or Eugene Cernan's camera, the commander of the last Apollo mission, who left it behind in 1972 in the belief that the next crew would pick it up. It is said that it is still lying there in the moon dust, full to the brim with pictures.

A space voyage would cost considerably more than a Caribbean cruise or a luxury trip to the Maldives. That's why so far only the super-rich have been able to take off, like the first space tourist Dennis Tito in 2001. He paid $20 million (€18 million) for his stay onboard the International Space Station ISS. 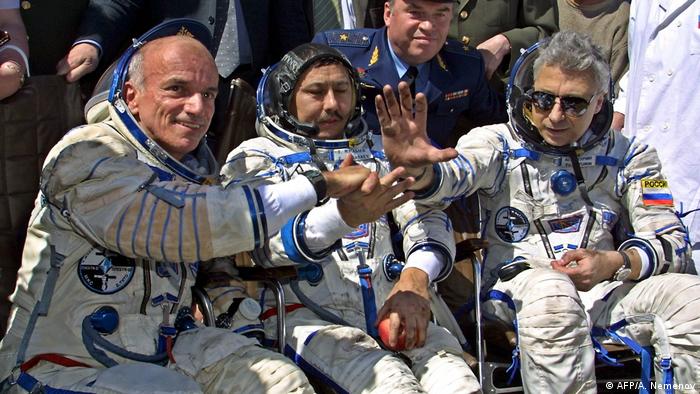 One of them for a short time — space tourist Dennis Tito

How much the Japanese Maezawa has had to pay is not known. But when NASA starts bringing tourists to the ISS next year, they will have to pay about $35,000 (approximately €31,000) per day. And that doesn't include travel costs. For this, according to NASA CFO Jeff DeWit, more than $50 million would be added.

And using the Internet would cost extra — but by comparison that will be a real bargain: $50 will be charged per gigabyte.

The alternatives: Where the astronauts work on Earth

Those who lack the necessary cash for the journey need not despair. On Earth, you can also be very close to the moon, especially now at the time of the anniversary of the first moon landing.

Mission to the practice moon

Museums around the world are hosting special exhibitions, from the MoMA in New York to the Computer Museum in Paderborn. For example, visitors can feel like Neil Armstrong in the lifelike replica of the Lunar Module — and virtually drive around in a moon car.

Or you can travel to the Nördlinger Ries in Bavaria. Here, an asteroid struck about 15 million years ago and created a huge crater. The astronauts of the Apollo 14 space mission used it as a training ground for their journey to the moon. The volcanic landscape of the Canary Island of Lanzarote and the rocks of the Norwegian Lofoten are very similar. And the traveling there is as easy as climbing a bean vine.