A Turkish high-speed train crashed into a maintenance locomotive minutes after leaving the station in the capital, Ankara. Local media reported numerous causalities, with three train drivers among the dead. 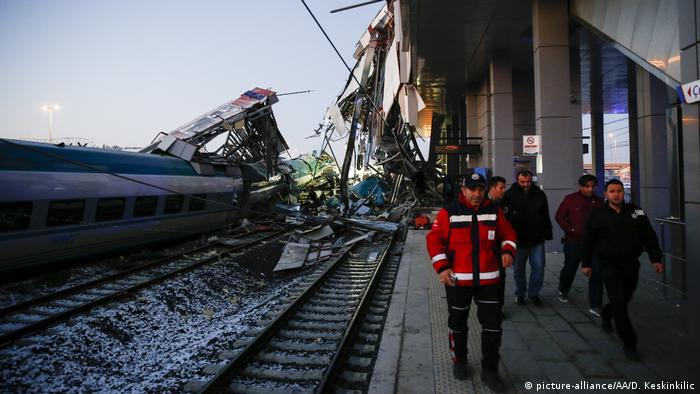 Turkish authorities said at least nine people were killed and 86 others injured when a high-speed train crashed into a locomotive on Thursday morning. The express train was reportedly carrying 206 passengers while setting off from Ankara to the central province of Konya.

Three train drivers — two from the express train and one from the maintenance locomotive - were dead, and a fourth driver was among the injured.

Images from the scene showed at least two carriages had been derailed, with the locomotive also severely damaged in the incident. Part of the train collided with a station overpass, which collapsed onto some of the coaches.

Ankara's governor, Vasip Sahin, said the locomotive engine was checking rails at the Marsandiz train station in the western city district of Yenimahalle. A rescue team was looking for more survivors, he said.

"Our hope is that there are no other victims," said Sahin. 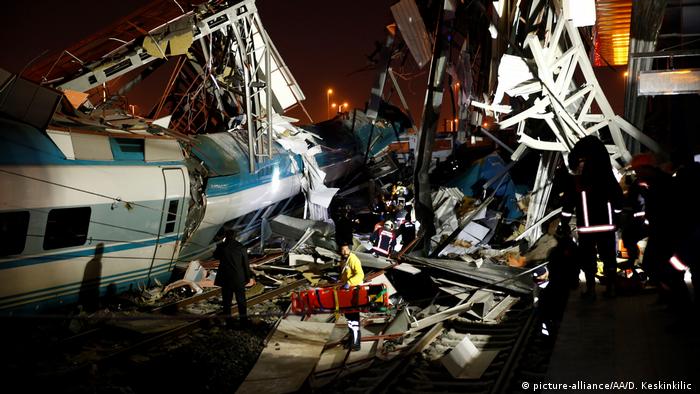 Emergency workers were searching for survivors amid the wreckage before dawn

The public prosecutor in Ankara has launched an investigation into the crash, according to state news agency Anadolu.

The incident in Ankara follows another train disaster in the northwestern province of Tekirdag, in which 24 people died. That accident was blamed on ground erosion due to heavy rain.

Fifteen people were injured last month when a passenger train collided with a freight train in the central province of Sivas.