Turkey: The big business of academic ghostwriting | Middle East | News and analysis of events in the Arab world | DW | 25.02.2019

In Turkey, many students are using ghostwriting services to write final papers and dissertations. DW takes a look at what has become a booming business. 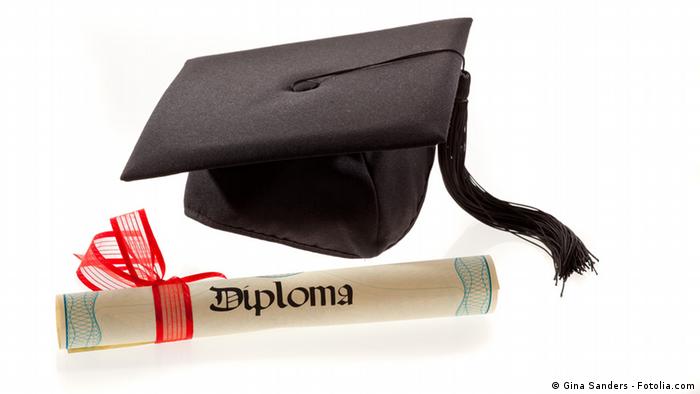 Turkish universities are facing a new, not very academic challenge: ghostwriting. From bachelor's and master's theses to doctor's dissertations — almost any form of written academic paper can now be ordered, for a price, from specialized companies.

A short search on online academic forums found that some 50 companies are operating on this ghostwriter market. They ask for the equivalent of between €500 and €3,000 ($567 and $3,400) per paper. That tots up to revenue of more than €25 million per year.

According to Gorkem Dogan, the chairman of Egitim Sen, a union for those working in education and academia, this significant rise in the number of ghostwritten dissertations has been caused solely by the uncontrolled increase in the number of private universities.

Dogan recalled the fact that many university teachers lost their jobs when a state of emergency was imposed following the failed coup of June 2016. Many more than 100,000 public service employees were formally suspended from their jobs, while more than 6,000 academics were made unemployed just by a special decree from President Erdogan.

"It may be hard to prove whether the suspension of these academics caused the marked increase in ghostwriters or not. But it is a fact that the suspensions were another real blow to Turkey's already shaken academic sphere," Dogan said.

A DW reporter pretending to be a student writing his master's thesis asked a representative of a ghostwriting company about the going prices.

The employee said that he himself was an academic. "I am also on the examination board for both the doctoral viva and the thesis defense," he said. "I write any academic paper for 7,000 Turkish liras (€1,200)."

It became clear during the discussion that the company has specialized in medicine, clinical psychology and management. "About 70 percent of the students we cater to are from medical faculties. When we write a paper for them, we make use of the know-how of surgical or orthopedic specialists, for example. The experts we work with receive a monthly fee of €800 to €1,200 from us. Our prices for medical papers start at €1,700," the company representative said.

He said that these academic papers were invoiced. "It is not illegal, but perhaps somewhat unethical," he said. When asked whether there were problems with the examination board, he answered: "I am a member of the board myself and mostly take on the role of the person asking critical questions. What is more, the board includes friends of the advising professor. One will speak out against the paper; the other will praise it in the highest terms. And the third is there to tie up the deal."

In Turkey, ghostwriting is not subject to any legal penalties. Agencies and companies that write academic papers for money operate under the name of "academic consultants." The fee received is booked under "office work."

If, however, a university does find out that a paper has not been written by a student his or herself but by a third person, the student can expect to be suspended. She or he will also be asked to rework the paper.

Back in December 2016, the Turkish higher education council, YOK, proposed making academic ghostwriting punishable by fines. The council considers such activities as plagiarism. It said that if a university teacher were discovered to have been the author of a student's paper, she or he should face exclusion from the university, which is tantamount to a dismissal. But these proposals remained just proposals. 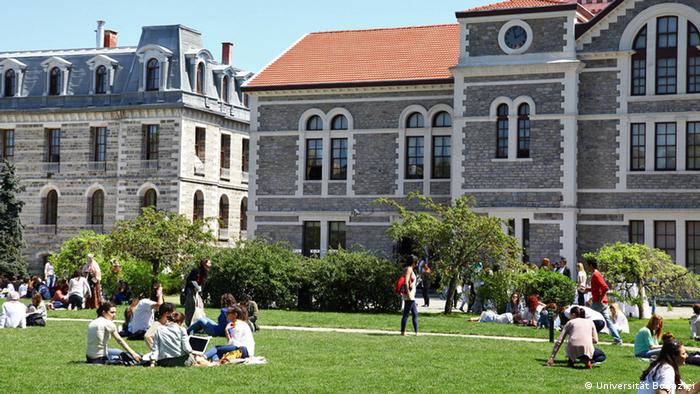 The private universities in the Istanbul districts of Uskudar and Nisantasi are among the institutes that are often suspected of allowing or encouraging ghostwriting. We confronted Sevil Atasoy, the vice chancellor of the Uskudar University, with the accusations that theses at her institute were being ghostwritten for money. She responded by calling on those making such accusations to present their proof.

Atasoy said that five academic staff were on the committee for a thesis defense, one of whom was from a different university. "Our staff are conscientious and work in a highly professional manner," she said. "For every dissertation that is presented, an evaluation is made as to whether it contains any indications of plagiarism, for example. Our advisers accompany every paper from the first to the last line anyway."

To this day, Atasoy said, there has never been a well-founded accusation regarding ghostwriting.

Vahdet Ozkocak, who heads OGESEN, the union of teaching staff, is of a different opinion. He believes that the number of ghostwritten papers has risen significantly. He said there were too few experienced academic staff and tenured professors. According to Ozkocak, the ghostwriters of the dissertations are, however, very experienced, several of them being themselves academics.

He said that YOK had known about this ethical problem for years, but had never taken measures to curb it. Despite talk of a "new higher education council," nothing "new" had ever eventuated, he said. "We can't solve our problems like this. Setting up a ministry for university affairs is urgently necessary," Ozkocak said.

At established state-run universities, passing off ghostwritten papers was difficult, according to Ozkocak, while private universities saw students only as paying customers. He lamented what he called a massive loss of competence at universities over the past 20 years.

"Without recognition, competence and patriotism, the teachers turn to the unethical occupation of ghostwriting," he said.

New constitutional powers have consolidated the authority of the prime minister and president into one office. Erdogan has defended his new powers, but critics say the country is lurching towards authoritarian rule. (15.07.2018)