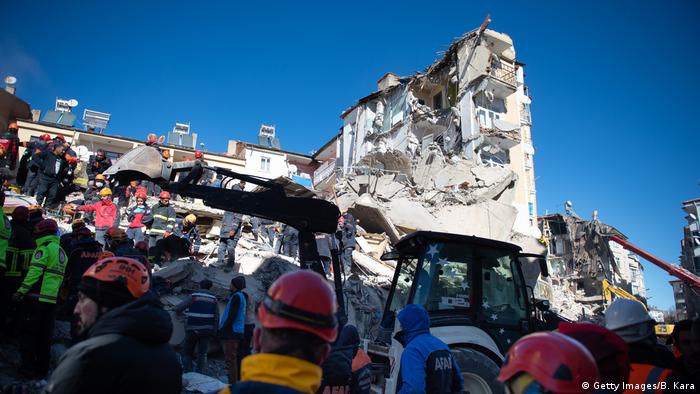 Naci Gorur had warned them all. The 72-year-old, who is originally from Turkey's eastern Elazig province, and who works as a geologist at Istanbul Technical University, had spent the past months telling Turkish authorities and people in Elazig that a severe earthquake was imminent. He went on television and attended numerous public events, warning everyone of this danger, including Elazig's regional authority and the army. He even traveled to the eastern province, urging locals to prepare their homes to withstand tremors. In October last year, he went on CNN Turk, saying that the city of Sivrice, in Elazig province, could become the epicenter of a severe earthquake. And he was proven right.

But unfortunately, his efforts were in vain. Gorur says "barely any preparations were made." The massive destruction wrought by Friday's earthquake leaves him feeling distraught.

The lack of preparations has been fatal. According to Turkish authorities, the official death toll has now risen to 41 and more than 1,000 people have been hospitalized. Ibrahim Altan, the general director of the Turkish Red Crescent, says it is thanks to the quick response of Turkish emergency services that more people didn't die. "I got scared when I heard how severe the earthquake was," he says. "Thank God we have seen limited destruction only," adding that "emergency services are rapidly conducting search and rescue missions, the teams are highly coordinated." So far, authorities have rescued 45 people alive.

While emergency responders were tending to victims over the weekend, Turkish President Recep Tayyip Erdogan took to Twitter to wish the victims well and express his condolences to those who lost friends and relatives. Shortly after, Erdogan traveled to the disaster-hit region himself.

Read more: The Alevis' fight for recognition in Turkey

On social media, many people vented their anger at the Turkish government for its inaction. Some pondered whether authorities should have done more to protect its people from the disaster. But Erdogan has accused his critics of capitalizing on the earthquake to score cheap political points. He went on to say that asking what his government had done over the past two decades to prevent such disasters was unfair, posing the rhetorical question: "How are we supposed to stop earthquakes?"

According to Turkey's state-run Anadolu news agency, the prosecutor general in Ankara has launched investigations against 50 individuals for making "provocative comments" on social media regarding the earthquake. They are accused of stoking "fear and panic," and of having publicly degraded the Turkish people and state. At least two social media users have already been arrested.

The Ministry of Justice in Ankara did not respond to a DW request for details and background information. 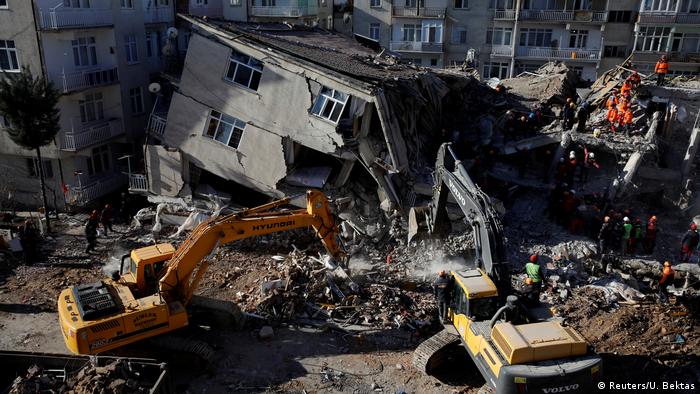 The earthquake in Elazig left dozens of people dead

Danger not yet averted

For the geologist Gorur, even after the quake, the danger is far from over. The areas east of Elazig towards Bingol and the southwest near Malatya are particularly at risk, he says. These cities are on the East Anatolian fault line, which has started to move.

Such warnings are not new to Turkish politics. It was just over 20 years ago that an earthquake traumatized the entire country. In August 1999, a magnitude 7.6 quake shook northern Turkey and the Istanbul region. Most of the homes that were destroyed simply collapsed because of shoddy building. 18,373 people died and around 50,000 were injured. Gorur believes that another catastrophe is possible at any time in Istanbul, a city of some 16 million residents. Even after the disaster in Elazig, he is certain that the authorities will fail to make the proper preparations for next time.

US defense chief says Russia is an 'obstacle to peace'