Washington has said it is reviewing documents, but is not sure there is a formal extradition request included. In any case, the US says it won't extradite the cleric without direct evidence of a link to the failed coup. 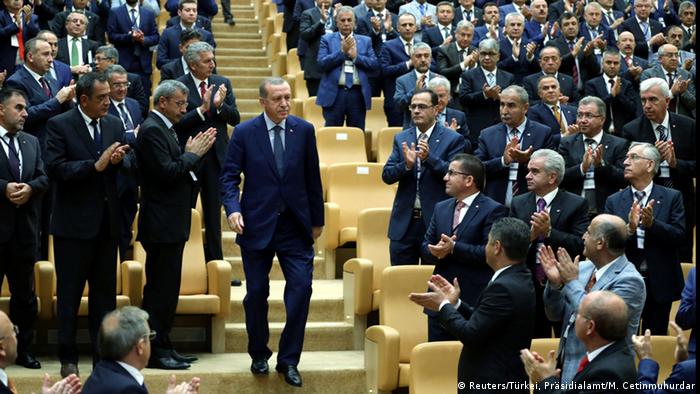 The Turkish government has sent Washington 85 boxes of documents in connection with its demand that the United States extradite a cleric Ankara accuses of backing last months coup attempt in Turkey.

The State Department is evaluating the documents in connection with Turkey's push for the extradition of US-based cleric Fethullah Gulen, according to spokesman Mark Toner.

"The Turkish authorities (made) several deliveries of documents to us and we're in the process of going through those documents," Toner said.

Of the first batch, Toner said it "did not, we believe, constitute a formal extradition request."

He added: "We subsequently received more documents. We're looking through them ... and I don't think they've reached that determination yet."

Gulen, once a close ally of Turkish President Recip Tayyip Erdogan, has been in self-imposed exile in Pennsylvania since 1999.

The US has said it will only turn over Gulen if Turkey provides direct evidence linking the 75-year-old cleric to last month's failed coup attempt that left at least 230 people dead.

Meanwhile a Turkish court has issued an arrest warrant for Gulen, accusing him of "ordering the July 15 coup," according to Turkey's Anadolu News Agency.

"It is well-documented that the Turkish court system is without judicial independence, so this warrant is yet another example of President Erdogan's drive for authoritarianism and away from democracy," he said in a statement late on Thursday.

Gulen again denied any involvement in the failed putsch and maintained that his movement is aimed at promoting a tolerant form of Islam.

"The issuance of an arrest warrant from a Turkish court changes nothing about my status or my views," Gulen said. "I have repeatedly condemned the coup attempt in Turkey and denied any knowledge or involvement."

The coup attempt has led to widespread reprisals from Erdogan's government. More than 60,000 people in the military, judiciary, civil service and education have been detained, suspended or placed under investigation for alleged links to Gulen's "Hizmet" (Service) movement.

But Erdogan is continuing his relentless attacks against Gulen, vowing to go after the cleric's business and social networks, describing his schools, firms and charities as "nests of terrorism" and vowing no mercy in rooting them out.

"They have nothing to do with a religious community, they are a fully-fledged terrorist organization. ... This cancer is different, this virus has spread everywhere," Erdogan said.

"The business world is where they are the strongest," Erdogan continued. "We will cut off all business links, all revenues of Gulen-linked business. We are not going to show anyone any mercy," describing the detentions so far as just the tip of the iceberg.

Dozens of journalists have been arrested in the wake of Turkey's recent coup attempt. The government crackdown has sparked concern for journalists who work in an increasingly difficult environment. (28.07.2016)

Coronavirus digest: Global infections up for first time in weeks, warns WHO 42m ago