Turkey stands by nuclear power plans | Europe | News and current affairs from around the continent | DW | 17.03.2011

Despite the crisis in Japan, Turkey hasn't given up on plans for two nuclear power plants. The country's first reactor will be built near an earthquake fault line, sparking controversy. But experts maintain it's safe. 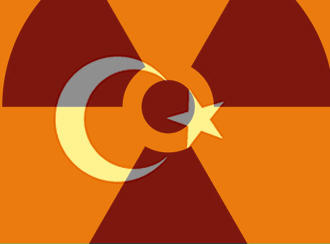 Turkey is sticking to its nuclear plans

Turkey currently has no nuclear power plants, but plans are in place to build two over the coming years. They will be the fourth and latest generation of nuclear reactors and will be expected to meet the highest safety standards.

The construction of Turkey's first nuclear power plant in the Mediterranean port of Mersin in the Akkuyu area is due to start later this year. The project is being led by the Russian nuclear company, Rosatom, and the contract was finalized in 2010.

But in the light of the nuclear crisis which followed the earthquake and tsunami in Japan, the project has become extremely controversial, especially since the Akkuyu region is situated near the Ecemis seismic fault line.

No experience with the "fourth generation"

About 40 years ago, a commission of scientists declared that the area was safe for the construction of the nuclear power plant.

One of the scientists on the commission was nuclear engineer Tolga Yarman. He says that at the time they had had a great deal of confidence in nuclear power plants. 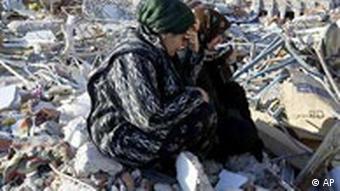 Turkey is at risk of earthquakes such as the one which hit Bingol in 2003.

But the Chernobyl nuclear catastrophe put an end to that. Moreover, Akkuyu has developed into an agricultural centre and a popular tourist destination, leading Yarman to reconsider his initial assessment.

He fears now that the nuclear plant would have a negative impact on the successful economic ventures which have since settled there. Yarman is particularly concerned about the effect it would have on tourism and the export of fruit and vegetables.

"I made clear some years ago that I don't believe that the reactor in Akkuyu should be built," he said. "It would be wrong to build the nuclear reactor before investigating its potential impact."

Scientists were aware of the Ecemis fault line when the plant was originally authorized, however, the potential hazards weren't explored. One of the risks now associated with the site is that the sea water in the Mediterranean is too warm to serve as cooling water for the reactors. 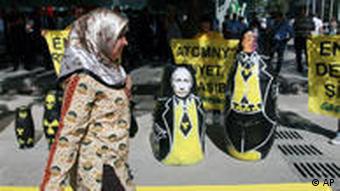 Turkey currently depends on Russian gas supplies. Pamir fears that the nuclear plant would only increase this dependence. He is also concerned that Turkey has no experience with the latest VVER-1200 reactor type.

Once the plant in Akkuyu is completed, Turkey is planning to build a second reactor in the northern town of Sinop.

Nuclear power advocates argue that the site is ideal due to its low earthquake risk.

Negotiations are underway and the Turkish government is planning to use Japanese construction companies to build the plant. But Necdet Pamir believes that this project isn't safe either.

"The construction of a reactor in Sinop has yet to be authorized. This decision would directly affect the people who live in the area and should therefore be put to a referendum. I believe that there are too many uncertainties for Sincop to be a suitable location."

However, the former chairman of the Turkish Atomic Energy Authority, Cengiz Yalcin, argues that Turkey should not withdraw from nuclear energy just because of the risk of a nuclear disaster. 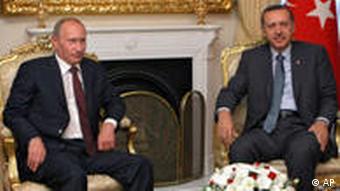 Turkey is dependent on Russia for energy supplies

He argues that it would even be reasonable to build a nuclear power plant in an earthquake-prone city like Istanbul, provided that all the necessary safety measures were taken.

"The earthquake risk will be taken into account, and will be included in all the statistical calculations. That's the basis on which construction plans will be drawn up. An earthquake would no longer pose a threat if the reactor is built according to this plan."

Turkey's supporters of nuclear energy argue that the country desperately needs it. Indeed, the Turkish economy has grown considerably in recent years, so that Turkey may struggle to meet its growing energy needs.

But Pamir believes that there are other options which should be considered, such as lignite and renewable energies like wind and solar power. He says that nuclear energy shouldn’t be completely ruled out, but the conditions must be right.

"We are engineers and we take all technologies into account. Apparently, the fourth-generation reactors are better."

First all the risks would have to be examined, and only then can a final decision be made, says Pamir.

With 58 nuclear reactors, France is a country overwhelmingly dependent on nuclear energy to provide electricity. Could the disaster in Japan change France's love affair with nuclear energy? (16.03.2011)

The European Union has agreed to carry out safety checks on the continents 153 nuclear reactors. EU ministers and nuclear safety chiefs have met for an emergency meeting following the escalating nuclear crisis in Japan. (15.03.2011)