Turkey has said it would like to join the European Union by 2023, its EU ambassador told a German newspaper. This follows comments by Germany that Ankara faces a long and difficult path to EU accession. 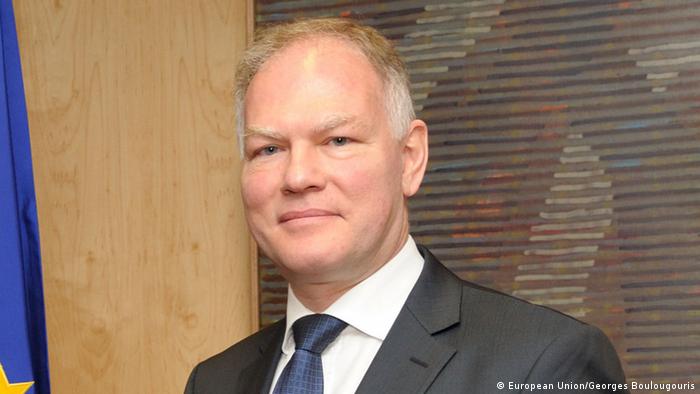 Turkish Ambassador to the EU told a German newspaper that Ankara's goal is to become an EU member state on the 100th anniversary of the Turkish republic.

"The Turkish government wants to join the EU by 2023," Selim Yenel (pictured) told "Die Welt" in an interview published Friday. "It would be the pinnacle for my country, being a member then."

In the long run, not being a member was not acceptable for his country, he added.

Michael Roth told Reuters that it was clear from the start that a migrant deal struck between the EU and Turkey required completion of 72 criteria before Turks could be granted visa-free travel.

Turkey says it's complying with its end of the migrant deal. More than a million refugees and other migrants have reached Greece in smugglers' boats from Turkey since the beginning of last year, on their way to Europe's prosperous heartland, especially Germany.

But since the EU-Turkey deal came into effect on March 20, the flow has slowed down to just over 10,000 people -- at least 482 of whom have been returned to Turkey.

'A long and difficult path' 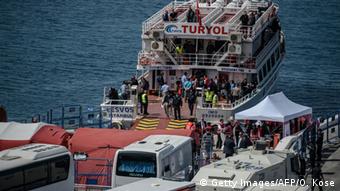 A small ferry carrying migrants who were deported from Greece to Turkey, arrives on April 4, 2016 at a port near Izmir.

Still, the German EU affairs minister says Turkey's demand for the immediate lifting of EU visa requirements for most of its 80 million people is contingent on established rules.

"Turkey faces a very long and difficult path. The criteria must be fulfilled, and it doesn't look good at the moment," Roth said. "As long as the 72 criteria have not been fulfilled - and a few are still open - there cannot be visa liberalization."

"I don't want to talk about the worst case scenario - talks with the EU are continuing but it's clear that we either apply all treaties at the same time, or we put them all aside," the minister said in an interview published Monday.

Turkey has been a candidate to join the European Union since 1999, but progress has been slow with Brussels concerned about the country's ongoing post-coup purges as well as its ongoing military campaign against Kurdish insurgents demanding political autonomy and cultural rights.