Ankara has warned it will drop the refugee deal unless the EU introduces visa-free travel for its citizens. The country's foreign minister also ruled out changes to terror laws, arguing that Turkey's needs are unique. 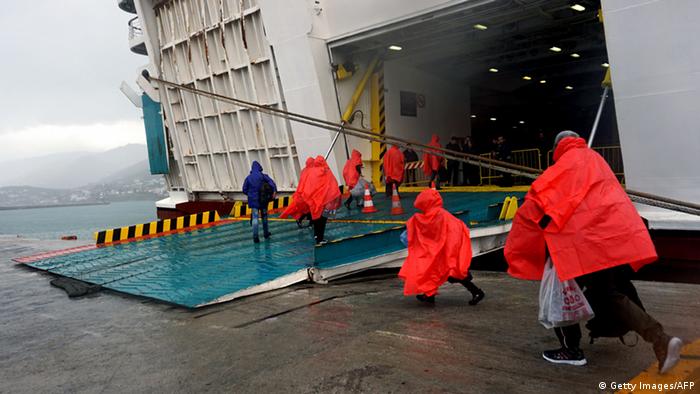 "We have told them, 'we are not threatening you,' but there's a reality. We have signed two deals with you [the EU] and both are interlinked," Turkish Foreign Minister Mevlut Cavusoglu told the AFP news agency and other outlets in Antalya on Monday.

"This is not a threat, but what is required from an agreement," he insisted, adding that his country would use "administrative" measures to block the refugee deal if visa requirements were not waived for its citizens within the EU.

"The number of migrants crossing to Greek islands in October was around 6,800. Now it is around 80 daily," Cavusoglu said. His country had taken in more than 400 refugees under the deal, while only 130 Syrians from Turkish camps had been resettled in EU member states, he said, insisting that Turkey had stuck to its half of the one-for-one exchange agreement.

No change in terror law 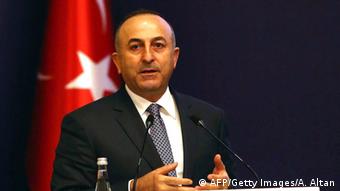 Cavusoglu: It's impossible for Turkey to change its terror laws

Following last year's refugee crisis, European leaders signed a deal worth billions of euros with Ankara to take back migrants crossing over into Europe from the Aegean Sea. In return, the bloc promised to take Syrian refugees from camps within Turkey, to restart Turkey's EU membership talks and allow its citizens to travel into the region without a visa, subject to Turkey meeting 72 conditions necessary for this.

Ankara has passed several laws in the last few months to meet the EU's requirements, but has refused to change its anti-terror regulations that have often been used to detain journalists and academics.

But Cavusoglu said his country was battling "more than one terrorist group," including the outlawed Kurdistan Workers' Party (PKK) and it would be "impossible to change terror laws" under such circumstances.

"Which definition are you talking about? Each country in Europe has different terror definitions," he argued.

The PKK has been waging an armed struggle against Ankara for the last 30 years, demanding more autonomy in the country's southeast region.

No fighting with Kurds in Syria

Cavusoglu also spoke about his country's offer to join forces with the US and fight the so-called "Islamic State" in Syria, on the condition that the Syrian Kurdish militia wasn't included.

EU and Turkey at loggerheads

The minister advocated the formation of a "second front," in which Syrian Arab groups opposing President Bashar Assad's regime could be backed up with soldiers from Turkey, US and other NATO countries such as France, Germany and Britain.

However, Kurdish groups would have to be excluded. "We say okay, a second front should be opened, but not with the PYD," Cavusoglu said, referring to the Democratic Union Party (PYD), the political wing of the anti-IS YPG Kurds.

Turkish President Erdogan demands visa waiver, or there will be no migrant deal

Turkey's President Erdogan has told the EU that without a visa waiver for Turkish travelers there will be no deal over migrants. Talks are ongoing with a new Turkish EU affairs minister. (24.05.2016)

Free-travel and legal disputes have called an EU-Turkey refugee deal into question for politicians on both sides of the table. If the agreement fails, officials in Ankara threaten to reopen the migrant gates to Europe. (11.05.2016)