Turkey and the European Union (EU) have agreed on a plan to tackle the record influx of migrants into Europe. The bloc has promised Turkey 3 billion euros in aid money and renewed talks on its EU membership. 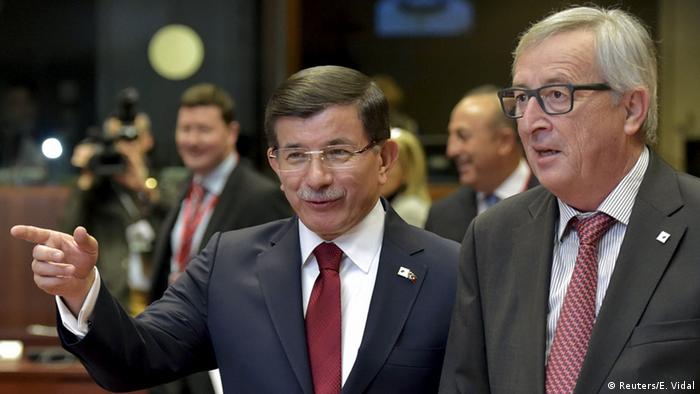 EU Council President Donald Tusk confirmed the deal following a four-hour summit with Turkey and leaders from the bloc's 28 nations in Brussels on Sunday.

"We expect a major step towards changing the rules of the game when it comes to stemming the migration flow that is coming to the EU via Turkey," Tusk said.

A key element of the plan is a 3-billion-euro ($3.2-billion) aid package over two years for Turkey to raise the living standards of the more than two million Syrian refugees currently living in the country. The EU has also pledged visa-free travel for Turkish citizens in the Schengen zone by October 2016 and to relaunch talks on Turkey's EU membership process.

In return, Turkey will aim to tighten border security, take back migrants who don't qualify for asylum, and crack down on illegal traffickers.

Leaders at the meeting also agreed to hold two EU-Turkey summits per year.

Europe is grappling with its biggest refugee crisis since World War II. According to the International Organization for Migration, close to one million migrants and asylum seekers have entered the EU so far this year. Turkey is a main gateway for Europe-bound refugees, many of whom aim to eventually reach countries like Germany and Sweden.

"I can guarantee that Turkey ... will be completing, and will be fulfilling all the promises mentioned in the joint action plan," Dovutoglu said.

French President Francois Hollande said the promised EU money would only be released "bit by bit," and that Turkey's progress in reducing the number of migrants would be monitored closely.

Hollande also said verification measures need to be in place to check those coming through Turkey, because some "terrorists" have infiltrated the refugee flow.

Another important part of the deal is the pledge to restart Turkey's EU accession process, which has made little headway since talks stalled 10 years ago. EU foreign ministers will formally approve the opening of the next chapter of talks with Ankara on December 14.

"Turkish membership will be an asset, not only to the EU, to Turkey, but also to global peace," Dovutoglu said.

Despite the shift towards closer ties, European Commission President Jean-Claude Juncker warned that the criteria for joining the bloc would not change.

He said the EU would not "forget about the remaining divergences and differences we can have with Turkey over human rights and freedom of the press, and we will return to them."

EU and Turkish officials have met in Brussels for a summit aimed to tackle the migration crisis. The bloc is offering Ankara an aid package and closer ties in return for help in curbing the flow of new arrivals. (29.11.2015)

Turkey's President Recep Tayyip Erdogan has criticized an EU offer of financial help to ease the migrant crisis. The foreign minister said that an action plan agreed in Brussels was merely a draft and not final. (16.10.2015)