This week, the Turkish government intends to introduce legislation in parliament that would allow a possible deployment of the army in neighboring Syria. The step represents a U-turn in Ankara - and it has Kurds worried. 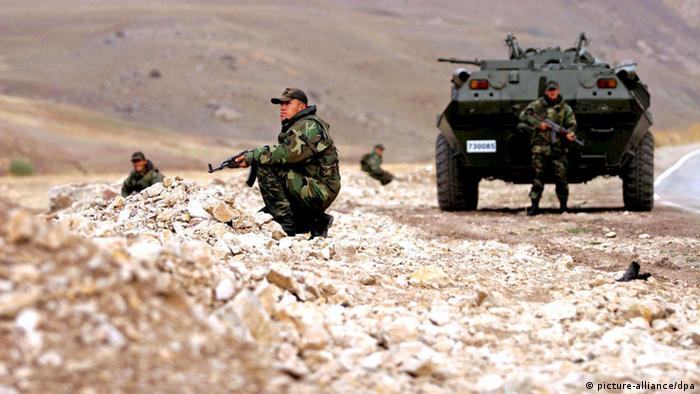 Ankara has given up its initial reluctance and now plans to support the US-led anti-IS coalition, though without losing sight of its own interests in Syria. "For Turkey, the Assad regime remains the most important problem in Syria," Okay Gönensin told DW. Possibly, Washington promised Turkey greater involvement against Assad, the columnist for the Vatan daily newspaper said. In turn, Gönensin added, Erdogan promised to join the alliance.

For weeks, Ankara had refused to join the international alliance against the jihadists, despite the danger of fighting between the IS and Syrian Kurds along the Turkish border near Kobane and the IS jihadist group's threats to strike in Turkey.

It was only after a visit to the UN General Assembly in New York that Turkish President Recep Tayyip Erdogan announced a radical turnaround: "The conditions have changed," he said. The release of nearly 50 Turkish hostages who had been held by IS for three months had removed a restraint on Turkey's ability to act.

Now Erdogan is demanding the attacks on the IS in Syria be expanded. A no-fly zone over parts of Syria and the establishment of buffer zones on Syrian soil are other Turkish demands. The Turkish president said last weekend he had spoken with his US counterpart, Barack Obama. Prior to this, he had given indications of his country's new attitude in New York. Gönensin and other observers suspect that Erdogan and US government officials met there to discuss the struggle against Assad. 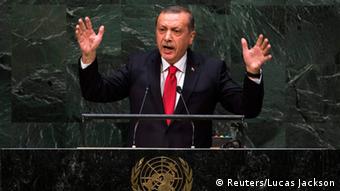 The Turkish parliament is set to discuss a law allowing the deployment of the army in Syria as soon as it returns from its long summer break on Thursday (02.10.2014). The exact content of this law is not yet known, but it's also expected to serve as the legal basis for a possible deployment in Iraq. Erdogan is urging the US not to limit itself to airstrikes on IS positions, said Oytun Orhan, Middle East expert at the Center for Strategic Studies of the Middle East (Orsam), an Ankara think tank. "It's a matter of the long-term social and political reasons for the emergence of IS," Orhan told Deutsche Welle.

Not limited to the IS

Turkish government politicians emphasize the brutality of the Assad government in Syria and say discrimination in recent years against Sunni Muslims in Shia-ruled Iraq had contributed to radicalization. This "swamp" has to be drained, Erdogan said.

An important step in this direction is to strengthen the non-jihadist forces within the Syrian opposition. Units of the Free Syrian Army (FSA) - which was first established on Turkish soil - could be provided with weapons and trained in the buffer zones in Syria, the Turkish newspaper "Evrensel" wrote. Vulnerable Syrians could also be taken care of in these zones without having to flee to Turkey, where there are already around 1.5 million Syrians. 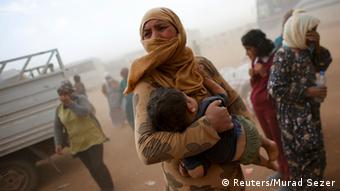 Kurds on both sides of the border regard the calls for buffer zones with concern. They suspect Ankara intends to take action against the Syrian Kurds' aspirations for autonomy. Hasip Kaplan of the Turkish Kurdish party HDP accused the government of wanting to use the proposed buffer zones to fight the Syrian Kurdish autonomous region of Rojava. Enver Müslüm, head of the Kurdish self-government in Ayn al-Arab - known in Kurdish as Kobane - was quoted in "Evrensel" as saying Ankara purposely inflated the number of refugees in Turkey to legitimize the planned establishment of the zones.

Whether and how the buffer zones can be implemented is currently unclear. The question of which countries besides Turkey could take responsibility for the military security of the zones remains unanswered. Erdogan is not letting himself be dissuaded from his plan. The IS cannot be defeated from the air alone, he said. "Without a ground operation, no place is permanently secured."