Fears of journalists have increased, a foreign reporter working in Turkey told DW - on condition of anonymity. Local media organizations are alarmed by recent moves toward expanded censorship and curbs to press freedom. 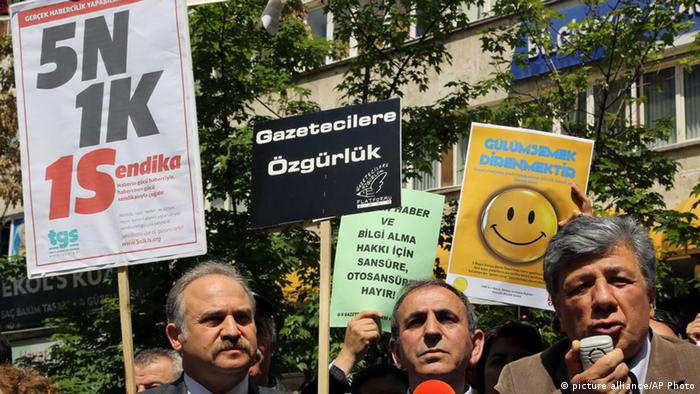 Thirty journalists are currently under arrest in Turkey. One-in-three of these journalists is from the Dicle News Agency (DİHA), which has been covering the conflicts in the country's southeast between the military and the Kurdistan Workers' Party (PKK).

Hundreds of journalists are being tried due to news stories or books that they wrote. The number of cases opened against journalists and writers by President Recep Tayyip Erdogan alone has reached 1,843, according to Turkish press organizations. Furthermore, foreign reporters and writers who criticize Erdogan and the ruling Justice and Development Party (AKP) are being taken into custody and deported from the country.

Deporting journalists from the conflict zones

Frederike Hanneke Geerdink, who was previously taken into custody in Yüksekova in the province of Hakkari for "assisting an armed terror organization" and subsequently released, was deported in November, 2015. In May, 2015, Brazilian photographer Gabriel Chaim, journalist and photographer Robin Hinsch and American writer Elizabeth Chappell were taken into custody in Sanlıurfa for "border violations" and deported.

German magazine Der Spiegel had to pull out its correspondent Hasnain Kazim from Turkey in March, after his press accreditation was not renewed. Kazim also reported that threats were made to him and his family on social media by people close to the Turkish government.

According to a statement from Spiegel Online's editor in chief, Florian Harms, Kazim's reports were written with a fair but critical approach. "The behavior of the Turkish authorities has led us to conclude that our correspondent is no longer welcome because of the reporting he was doing there as a journalist," Harms said.

At the beginning of April, German public broadcaster ARD's reporter Volker Schwenk was taken into custody and later deported due to an entry ban. Deputy Prime Minister Numan Kurtulmus said that Schwenk was denied entry for "security" reasons and that the journalist did not have press accreditation. 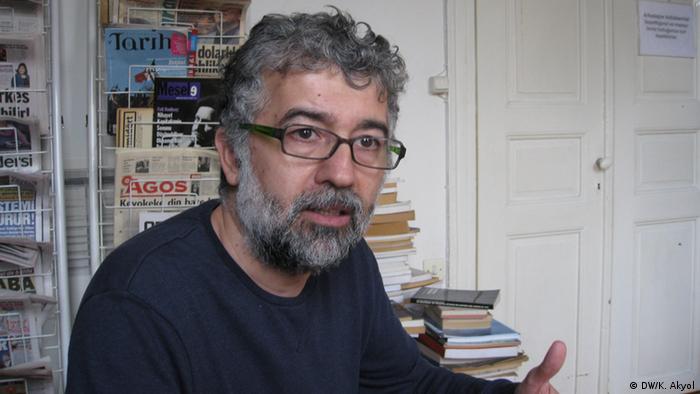 Erol Önderoglu: Criticism from the EU is required

Last weekend, Dutch journalist Ebru Umar, a columnist for the Metro newspaper, was taken into custody for "insulting the president," and was later released but prevented from leaving the country. On Monday, American reporter David Lepeska, who has written about Turkey, Muslim countries, media, culture and food for outlets including Al Jazeera, was denied entry into Turkey.

'We are only trying to convey the truth'

"Our fears have increased in light of these recent events," said one foreign journalist who spoke to DW under the condition of anonymity.

"We are working under the constant fear of being deported. Cancelling our accreditation effectively puts us out of work, because most of the journalists who work in Turkey for foreign outlets are freelancers. I have no issue with the ruling party in Turkey. We are only trying to convey the truth. We aren't even being critical. If I give my name while conveying these ideas, I'm worried that I won't be able to work in Turkey again," the journalist said.

Press organizations that spoke to DW emphasized that press freedom was continually waning and journalists were increasingly working under restricted conditions.

According to Ahmet Abakay, president of the Modern Journalists Association, Turkey has become a "danger zone" for journalists. "The ruling party has silenced national media by making it loyal. The foreign press was still writing, but now [the AKP] can no longer handle this," said Akabay, adding that the government made no distinction between local and foreign journalists and began to hunt them down individually. "Turkey has become a country of fear for journalists. Those reporting in the conflict zones and those producing reports not in the service of the government are taken into custody and then deported", Abakay told DW.

He criticized the European Union in this context: "On the one hand, the EU condemns Turkey's violations of rights, on the other hand it is not adopting the right attitude in order for Turkey to take responsibility. Unfortunately, when it comes to this topic, the strongest name in Europe, German Chancellor Angela Merkel, is acting like a major supporter of Erdogan and the ruling party." Abakay emphasized that local and foreign journalists needed international solidarity.

Furthermore, the signs are pointing to increasing pressure against journalists, the Turkish representative of Reporters Without Borders (RSF), Erol Önderoglu, warned. "Under Erdogan’s leadership, particularly after the Gezi protests, we have received a large number of complaints by journalists who had their press cards cancelled or feared for their safety after being accused of espionage," Önderoglu pointed out.

Journalists from Der Spiegel, USAToday, Norway's Aftenposten and a number of other European media outlets have been denied permission to work in Turkey, according to Önderoglu, adding that he expected deportations to continue.

At this point, criticism from the European Union is required, he emphasized: "If the ideals of the EU are to be applied in its relationship with Turkey, journalists should not be having to deal with these problems. However, the rights of journalists do not seem to be an opportunity which Turkish authorities can use to build constructive relations with the EU or show its adherence to democratic values," Önderoglu concluded.