Tunisia's new Prime Minister, Youssef Chahed, and members of his cabinet have been sworn in following approval from parliament. The new premier will be tasked with fighting militants and revitalizing the economy. 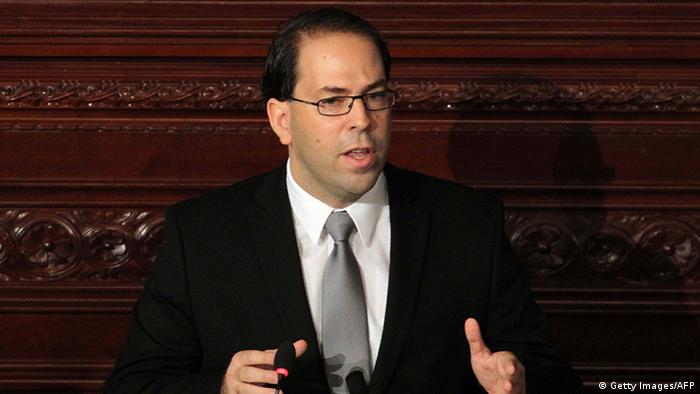 Tunisian President Beji Caid Essebsi swore in Prime Minister Youssef Chahed and his cabinet in the presidential palace in the capital Tunis on Saturday. Aged 40, Chahed will serve as the country's youngest prime minister since it gained independence from France in 1956.

The Tunisian parliament has approved the new government of Youssef Chahed. The decision ends months of negotiations as the country deals with various security and economic challenges. (27.08.2016)

Tunisia's premier-designate has announced nominees for a new national unity government. Task No. 1 for the incoming ministers will be rejuvenating the economy. (21.08.2016)

In Tunisia, returning migrants find a ray of hope

As the European Union searches for solutions to its migrant crisis, a program for returning migrants in Tunisia boasts a stunning success rate. But the bigger picture is grim. Elizabeth Bryant reports from Zarzis. (21.08.2016)

Despite extremism, Djerba is model of integration

The Tunisian island of Djerba is a role model in terms of a peaceful co-existance between Jews, Christians and Muslims - in a region torn by religious extremism. Kristen McTighe reports from Djerba. (24.05.2016)

The swearing-in came a day after the new cabinet had won a parliamentary vote of confidence and a month after the assembly had dismissed the previous government. Chahed's government won the vote by 167 votes to 22, with five abstentions.

His cabinet will be comprised of 26 ministers and 14 junior ministers from several political parties as well as independents, featuring several women and young politicians.

Chahed, a member of the ruling secularist Nidaa Tounes Party, is originally an agricultural sciences specialist and a university professor. He will serve as the seventh premier in less than six years since the 2011 uprising that toppled longtime dictator Zine El Abidine Ben Ali.

Chahed told legislators that his government's top priorities would be winning the battle against terrorism, boosting economic growth and fighting against corruption. He also pledged to carry out far-reaching reforms to help the fledgling democracy, a message welcomed by Tunisia's international lenders.

Poverty and unemployment continue to be major problems in the country, and a string of terrorist attacks targeting tourists over the past year have exposed Tunisia's fragile security situation. The violence has affected Tunisia's tourism industry, a key source of income for the country.

However, Tunisia is still widely regarded as the sole democratic success story of the 2010-11 Arab Spring uprisings. 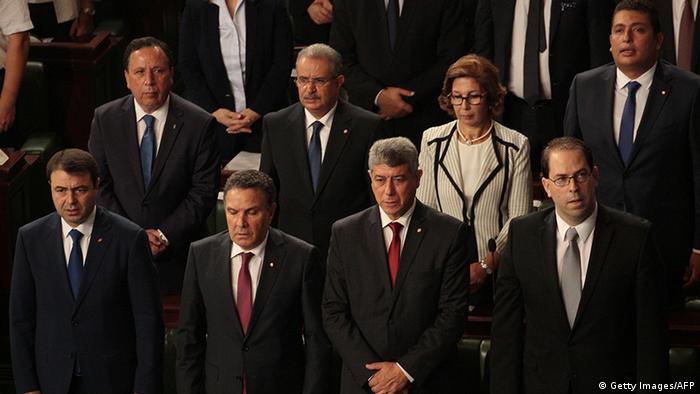