The laws of Tunisia were tailored to suit the Ben Ali family, which siphoned off profits from the economy. A World Bank study shows how the ruler and his family enriched themselves.

More than one-fifth of the Tunisian private sector's profits went to the family of former dictator Zine el Abidine Ben Ali. That is the result of a study entitled "All in the Family," published recently by the World Bank.

How can a dictator seize so much money? Similar structures exist all around the world, said World Bank economist Antonio Nucifora, one of the authors of the study.

The authors of the study analyzed 220 companies that were placed under state guardianship in January 2011. By focusing on the most profitable sectors, the members of the dictator's family managed to obtain 21 percent of private sector profits with only a 1 percent share of the investment.

Telecommunications, transport and real estate were in the hands of the family. They were able to set the prices at their own discretion, according to the study. 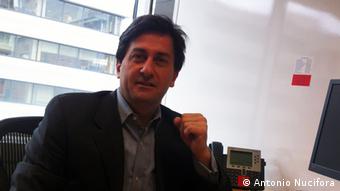 "They created monopolies, which were highly profitable," Nucifora said. The World Bank estimates the wealth of the Ben Ali family at the end of his rule at 13 billion dollars - more than a quarter of Tunisia's gross domestic product.

That happened to the expense of the population, who in their daily live often had no choice but to buy goods from "the family." "You can't really talk about illegal measures," Nucifora said. "Ben Ali and his family took advantage of the regulations that were in place."

For example, the 1993 investment law was tailored to the interests of the family, he said. Twenty-five decrees that made it difficult for other companies to enter the market were issued to benefit the ruler. The public was told that these measures would protect consumers.

A driving force for political change

The division of the society into two groups, a small elite able to enrich itself and the powerless masses, was ultimately a main reason for Ben Ali's overthrow in 2011, Nucifora said.

But the measures that enabled Ben Ali to enrich himself still exist in the country. Nucifora said it was therefore posssible for history to repeat. 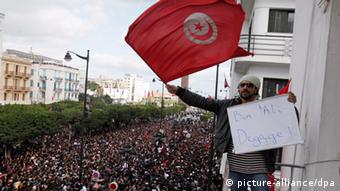 The Tunisians revolted against the Ben Ali regime in January 2011

But Wided Bouchamaoui, director of the Tunisian business association, said not all successful companies these days should be suspect.

"Ben Ali is part of our history, and we have to accept this," she said, adding that it was now necessary to learn from the mistakes in the past.

'A general problem in the Arab world'

But these structures are not unique to Tunisia, Nucifora said. They also exist in other countries in the region, even though the population may have revolted against its rulers.

"That's a general problem in the Arab world," he said. "Nepotism and the elites who benefit from it exist in many countries around the globe. It's similar in Russia and Ukraine."

Nucifora said that the World Bank will publish - probably in June - another study about economic structures in the Arab world.

Three years after the overthrow of President Ben Ali, Tunisians are still waiting for their new constitution. There have been quite a few empty promises since 2011, but there is also some progress. (13.01.2014)

A decade ago, a wave of protests swept across North Africa in what came to be known as the Arab Spring, bringing down Arab rulers with it. Despite facing similar challenges, an "African Spring" has not happened.