Tunisia: Violent protests after journalist sets himself on fire

Journalist Abderrazak Zorgui set himself on fire and called for a revolution over poor living conditions and corruption. His death has triggered protests in a provincial city that threaten to spread. 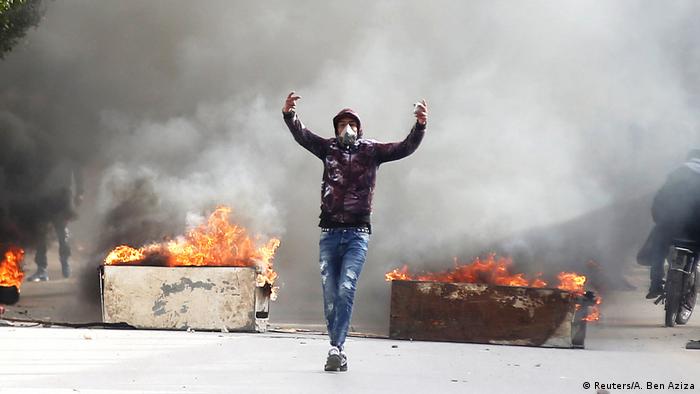 Clashes between protesters and police erupted for the second day in Tunisia on Tuesday after a journalist set himself on fire to protest poor living conditions in the North African state.

Journalist Abderrazak Zorgui posted a video online before his self-immolation in the provincial city of Kasserine, in which he lamented unemployment, poverty and corruption.

"For the sons of Kasserine who have no means of subsistence, today I start a revolution. I am going to set myself on fire," Zorgui said in the video. He died Monday after being taken to hospital. 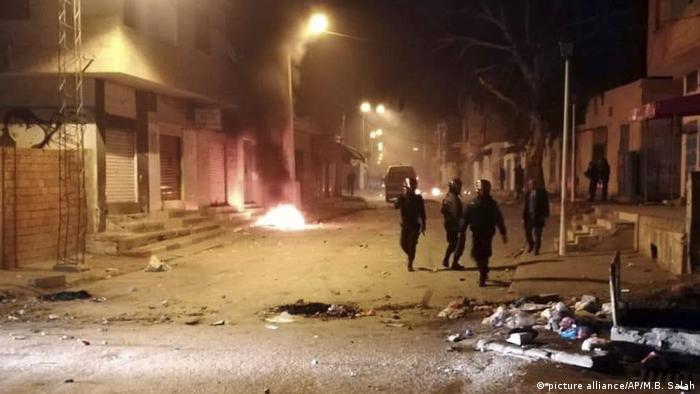 Police patrol the streets after clashes in Kasserine

After Zorgui's funeral on Tuesday renewed clashes erupted in impoverished city, some 270 kilometers (165 miles) from the capital Tunis. Authorities also deployed reinforcements on the main streets of Kasserine.

The National Union of Tunisian Journalists said Zorgui had died protesting "difficult social conditions ... and a lack of hope." The union was considering a strike.

The self-immolation was reminiscent of that of street vendor Mohamed Bouaziz, who set himself on fire eight years ago to protest unemployment, corruption and repression.

Despite Tunisia's democratic transition the country has suffered from low economic growth, corruption, poor living conditions and an al-Qaeda and "Islamic State" presence.

Tunisians are voting in free local polls for the first time since the Arab Spring uprising seven years ago. The president says it's a crucial step in the country's road to democracy, but observers predict a low turnout. (06.05.2018)

The Ennahda party has claimed a win over its rival, Nidaa Tounes, in local elections. But voter turnout was just 33.7 percent, with an analyst saying despair among young Tunisians is "very serious for democracy." (07.05.2018)

German prosecutors have widened their probe into a foiled biological terror attack. Meanwhile two suspected accomplices have also been arrested in Tunisia, one of whom planned a "simultaneous" attack in that country. (03.08.2018)