Tunisia's government has announced a new package of social reforms worth nearly $70 million. The North African country has been rocked by protests ahead of the seventh anniversary of the Arab Spring uprising. 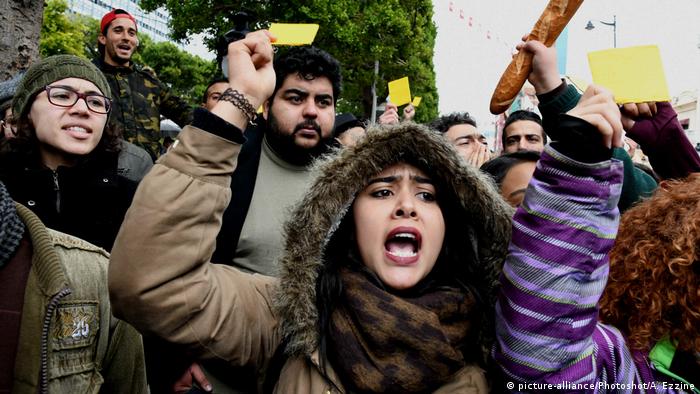 The Tunisian government on Saturday announced a social reform package aimed at improving care for the needy and increasing access to health care following a wave of anti-austerity protests.

"This will concern about 250,000 families," Trabelsi said. "It will help the poor and middle class." 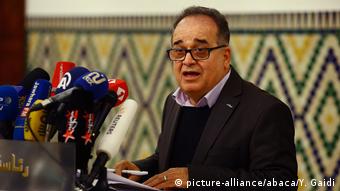 "We discussed the general situation in the country and the reforms, especially socioeconomic, that must be adopted to overcome the current problems," said Wided Bouchamaoui, who heads the UTICA employers' federation.

The announcement comes the day before the seventh anniversary of anti-government protests that led to the ouster of longtime President Zine El Abidine Ben Ali and triggered the so-called Arab Spring, a revolutionary wave of demonstrations across North Africa and the Middle East.

Protest organizers have called for mass demonstrations to mark the anniversary, saying the nine governments since then have failed to address demands for economic liberty and social justice.

However, Tunisian authorities have been swift to quash anti-government protests. Interior Ministry spokesman Khlifa Chibani on Saturday said more than 800 people had been arrested on suspicion of engaging in violent acts during the week's protests, including rioting and looting.

On Friday, police used tear gas to disperse a crowd of demonstrators protesting in the Tunisian city of Sidi Bouzid, considered the epicenter of the Arab Spring in 2011.

In December 2010, Mohamed Bouazizi, his family's sole breadwinner, set himself on fire to protest the confiscation of his fruit cart by police. The event triggered demonstrations across the country, which eventually spread to others in the Arab world.