‘Trump’s election is evidence of the retrenchment of liberal values’ | World | Breaking news and perspectives from around the globe | DW | 18.11.2016

‘Trump’s election is evidence of the retrenchment of liberal values’

Donald Trump’s victory is a sign that the US is entering a period of the retrenchment of egalitarian ideals, an American politics scholar tells DW. President-elect Trump’s early appointments only underscore that point. 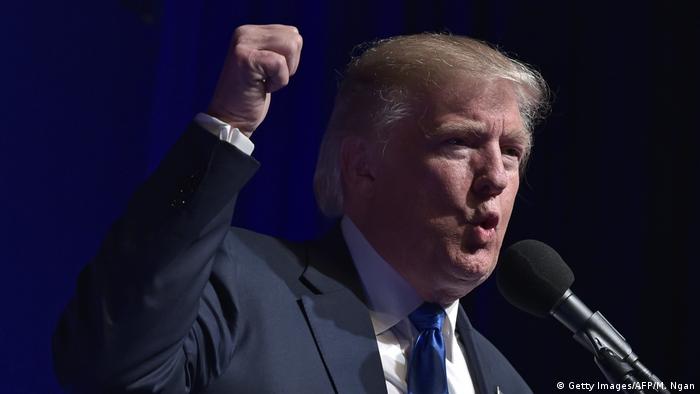 DW: You argue that the US presidential election, while unprecedented, was in many ways a return to normal in one important aspect: racial politics. Why do you think that?

You see this pattern throughout American history that periods of egalitarian gains are followed by long periods of retrenchment. And the reason for this is that America is not uniquely committed to egalitarian ideals, but we have always had a battle between democracy, liberty, equality and ideas that run against a belief in hierarchies defined by gender, race or religion. And every period of advancement in the United States has been followed by these long periods of retrenchment. The periods of advancement occurred around particular wars in which there were strong external pressures as to why America needed to highlight its liberal values, like equality and freedom, and forced the country, through the necessity of war, to provide a greater degree of freedom to previously marginalized groups. 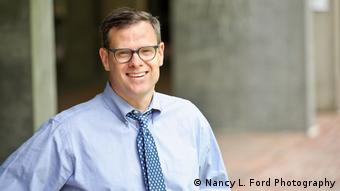 So do you think that we are now entering a period of retrenchment?

Yes. We have already written about this phenomenon in our book "The Unsteady March: The Rise and Decline of Racial Equality in America”.  And now we are arguing that Trump's election is evidence of this. And it's not just Trump's election. What I, and also other scholars have found, is that the political divide between the Democrats and Republicans increasingly revolves around issues like racial attitudes and immigration rather than economic divides.

On that last point, in terms of the election you argue that the best explanation as to why people supported Trump instead of Clinton was not economic issues, but people's attitudes towards race and Muslims. Can you elaborate?

That was based on polling done earlier in the year where I found that when you ran models and controls on why people were voting for Trump more than Clinton, or vice versa, you found that economics had little to do with it. The really powerful factors were issues such as race, Muslims and the question of whether people thought Obama was a Muslim. Economic factors, such as people's income levels or even how optimistic or pessimistic they were about the economy, those factors had very little if any influence.

What do your findings mean for the upcoming Trump presidency?

I think we are already seeing this in the types of people he is appointing, like Steve Bannon who will be his number two assistant in the White House or Jeff Sessions, who as attorney general will be the chief law enforcement official in the United States or Michael Flynn as his possible National Security Advisor. These are all people with a long history of making controversial statements about race, religion and Muslims. I think this is an indication that this is a series of themes that the Trump administration is going to continue to hit over and over again. This is certainly not going to do anything to heal these divides and more likely will exacerbate them going forward.

The US is not the only country faced with a surge in right-wing populism. Do you think the trends you found in the US are applicable elsewhere as well, for instance in Europe?

You are absolutely right that there has been this upswing in the sorts of nationalist-populist parties that are opposed to immigration and that take very controversial stances on race, religion and things like that. I don't know if they are the same sort of factors that are leading to this rise in the every country, but one thing I do know is that they are increasingly gathering inspiration and support from one another.

You have the case of Donald Trump praising Brexit and then Nigel Farage coming to the United States to campaign for him and also Trump saying good things about Marine Le Pen in France. This is in contrast to forty or fifty years ago where governments and political parties in the Western countries all had a shared commitment to Western liberal values. Now it is going in the other direction where we have right-wing populist-nationalist parties throughout Europe that are not only encouraging and inspiring one another, but also actively supporting each other.

Philip Klinkner is professor of government at Hamilton College.

The inteview was conducted by Michael Knigge.

Will Donald Trump respect tradition with a concession speech? 07.11.2020

Donald Trump prematurely said his camp had "clearly" won the key states of Georgia and North Carolina and said he would take the election to the Supreme Court. His rival Joe Biden urged for patience with the vote count.