Trump to extend US work visa ban until end of 2020

A senior official has said the measures will free up 520,000 jobs, as the US faces steep unemployment rates amid the coronavirus pandemic. Critics, however, say the move is a ploy to enact curbs to immigration. 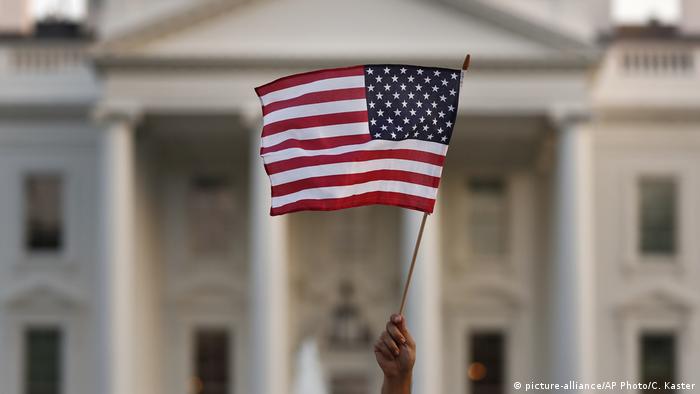 US President Donald Trump is to expand a ban on US work visas and extended it until the end of 2020, a senior White House official said Monday.

The visa categories that will be affected by the new order include H-1B visas for skilled workers, L-1 visas for workers being transferred within a company, most J visas for academics and researchers, the H-2B visas for seasonal workers.

Some categories of seasonal workers, like those in the food processing industry, will be exempted.

The senior administration official, speaking to reporters on condition of anonymity, said the order is meant to help the US workers recover from the pandemic's economic effects.

"President Trump is focused on getting Americans back to work as quickly as possible," the official said.

The White House expects that the visa ban will free up 525,000 jobs and as such, make a dent in the high unemployment rate caused by the coronavirus pandemic.

Trump is expected to also renew on Monday a rule temporarily blocking some foreigners from permanent residence in the US, the senior administration official added.

Critics of the measure say the Trump administration is using the coronavirus pandemic to achieve its goals to lower immigration to the US.

Businesses who depend on foreign workers have long opposed curbs to legal immigration, while the US Chamber of Commerce, the nation's largest business association, has said the policy will stifle the economic recovery.

For now, Trump's order will likely have a limited effect, as US consulates around the world remain closed for most routine visa processing due to the pandemic.

Trump reacted by tweeting that the Supreme Court "doesn't like me?" But in the end, it was a conservative judge who tipped the balance. (19.06.2020)

The rule change means immigrants using public benefits could be disqualified from receiving a green card or citizenship. The move is one of the Trump administration's most aggressive steps to restrict legal immigration. (12.08.2019)