Trump secretly eased sanctions against Israeli billionaire on way out

Mining magnate Dan Gertler was sanctioned in 2017 for corrupt deals with the Democratic Republic of Congo. Rights groups are calling on the Biden administration to reinstate full sanctions. 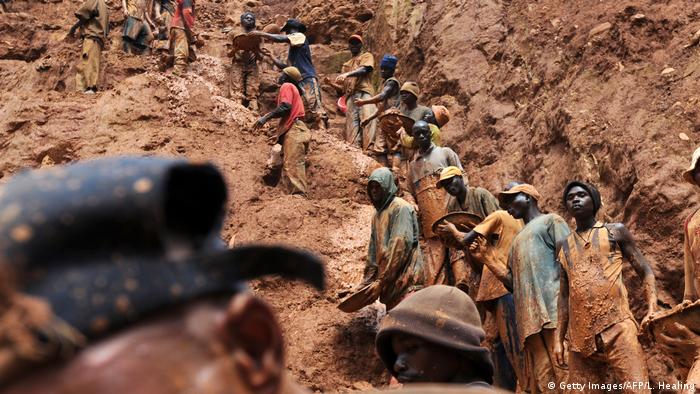 In the waning hours of the Trump presidency the US reversed policy and quietly eased sanctions against billionaire Israeli mining magnate Dan Gertler. Now, rights groups are calling on President Joe Biden to reinstate them.

Gertler was put on the sanctions list by the US State Department in December 2017, for "opaque and corrupt mining deals" stemming from his friendship with then Democratic Republic of Congo (DRC) President Joseph Kabila. The State Department says Gertler cheated the DRC out of $1.4 billion (€1.15 billion) in tax revenue over the course of a decade. Further sanctions were applied in June 2018.

The State Department sanctions barred Gertler from conducting business with US citizens, businesses and banks, essentially prohibiting him from making transactions in dollars.

Gertler, whose name appeared in the Panama Papers in connection with a number of holding companies registered in offshore tax havens, is said to have leveraged his friendship with Kabila to access Congo's rich resources. The desperately impoverished country is home to the world's largest cobalt deposits as well as massive copper, diamond, gold, tin and coltan reserves.

'A cloud of haste and secrecy'

The Sentry, a Washington DC.-based anti-corruption outfit co-founded by actor George Clooney says, "for a sanctions designation issued specifically for corrupt and secretive activities in the DR Congo and elsewhere, to have been privately undercut under a cloud of haste and secrecy at the very end of the Trump administration strikes a terrible blow to the heart of one of the most lauded and effective anti-corruption programs of the last decade."

Gertler, who has denied any wrongdoing, engaged law firms with ties to the Trump administration to lobby his case. Most notably, Alan Dershowitz, who represented Donald Trump in his first impeachment trial, was one of the lawyers lobbying the US Department of Treasury's Office of Foreign Assets Control (OFAC), which administers and enforces economic and trade sanctions on behalf of the US.

A last-minute license issued by the US Department of Treasury and not publicly announced does not entirely remove Gertler and his companies from the US sanctions list, though it does allow them to conduct business transactions, while requiring them to file reports on financial activities every 90 days.

"Mr. Gertler is grateful to OFAC for issuing a license that will enable him to operate his businesses and philanthropic activities," according to a statement released by Gertler's spokesman.

Now, The Sentry and the rights group Global Witness are urging the Biden administration to "revoke this effective pardon." Global Witness said, "We call on the new Biden administration to take a strong stance against corruption by reapplying the sanctions in full without delay." The Sentry also called on banks not to "open accounts or otherwise conduct transactions for or on behalf of Gertler and his network."

The Sentry's managing director, Brad Brooks-Rubin, said the reversal served "no discernible geostrategic or national security purpose" and he decried the secretive fashion in which the move was conducted: "Unlike the pardons and regulatory changes done openly, or any of Treasury's normal methods for undoing sanctions, this was done behind closed doors not only to the public but many professionals in the government as well."

A spokesman for the Department of Treasury acknowledged that the Biden administration was aware of the situation but offered no further comment on Monday.