Following the results of the Iowa Caucus that saw him come second to Texas Senator Ted Cruz, Donald Trump was uncharacteristically silent on social media. His opponents lashed out on Twitter. 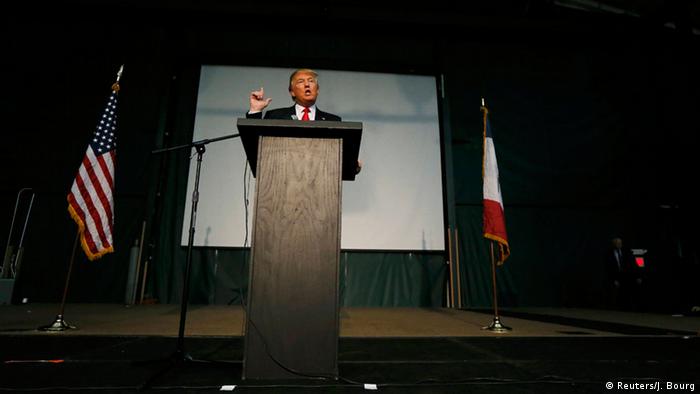 Donald J. Trump is not usually one to shy away from social media, nor has he minced his words since he joined the Republican race for the presidential nomination.

However, for almost the entire day following the results of the Republican Caucus in Iowa, which saw him finish three points behind winner Ted Cruz, Trump kept unusually silent on social media, prompting many users to mock him online.

On Twitter, the real-estate giant was inactive for close to 16 hours, an eternity according to his his standards. Users were quick to notice Trump‘s absence, an unusually long period of silence:

The sentence "Where is trump?“ was being used repeatedly on Twitter where, clearly relishing his defeat, his opponents even turned some of his own catchphrases from his time hosting "The Apprentice" against him.

Some users searched through Trump’s old tweets, finding one where he quoted former professional golfer Walter Hagen (1892 – 1969) as saying "No one remembers who came in second," posted in December 2013.

It took Trump close to 16 hours to break the silence. Upon his return to Twitter, he started by congratulating himself for what he feels was a "great" experience in Iowa.

In his second post, the Iowa runner-up also tried to explain his failure to win the caucus, claiming he did not spend as much time as his rivals in the Hawkeye State because he was told he "could not do well."

Trump has just under a week to recover before the next Republican primary vote, which will take place in the north-eastern state of New-Hampshire, on February 9.

Iowa's Democratic Party has called the vote the closest caucus in history, with some precincts resorting to rarely used rules to decide the winner. Now all eyes are on New Hampshire's primary next week. (02.02.2016)

Texas Senator Ted Cruz has been declared the winner of the Republican caucus in Iowa. The Democratic race is still too close to call with Clinton and Sanders both surpassing 49 percent. (02.02.2016)

After eight years of Obama many Americans are frustrated and have, in a kind of cynical defiance, begun to rally around outsiders. This makes Donald Trump a perfect candidate to win the Iowa caucus, argues Ines Pohl. (01.02.2016)