Trump ignores Pelosi's un-invite on State of the Union

Regular time, regular place: That's what Donald Trump has said about the annual presidential speech to the American people. In doing so, he defied Nancy Pelosi's bid to delay it amid the shutdown — but she fired back. 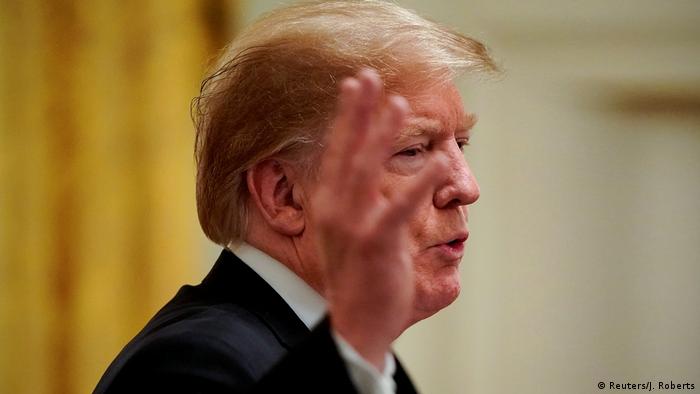 In the latest chapter of the ongoing US government shutdown saga, President Donald Trump delivered a forceful challenge to his rival, House Speaker Nancy Pelosi, insisting on Wednesday that he would deliver his annual State of the Union address to the nation on January 29 in Congress. Pelosi had previously told Trump that the speech would be postponed on security grounds unless the government shutdown were halted first.

The personal feud between Democrat Pelosi and Republican Trump is a by-product of the partial government shutdown caused by the failure to reach a compromise over border protection and immigration issues.

"I will be honoring your invitation," Trump wrote Pelosi in a letter, indicating that he would deliver his annual address in the traditional location of the House chamber. "It would be so very sad for our Country if the State of the Union were not delivered on time, on schedule, and very importantly, on location!" 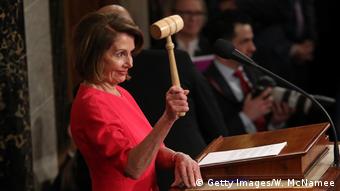 Nancy Pelosi is the current Speaker of the House

Pelosi, the number one in the House of Representatives, had followed customary procedure and initially invited Trump to speak in the chamber. However, as the government shutdown continued, she then raised the first challenge in what has become a tit-for-tat test of wills by taking the unusual step of requesting that Trump not deliver his address before a joint session due to security concerns.

Trump later retaliated by denying her permission to use a US military jet for a foreign trip.

Pelosi responded to Trump's letter with a missive of her own.

"I am writing you to inform you that the House of Representatives will not consider a concurrent resolution authorizing the President's State of the Union address in the House Chamber until the government has opened."

The US constitution states that the president "shall from time to time give to the Congress Information of the State of the Union," but no location or communication form is specified.

While it is customary to deliver the address in front of a joint session of Congress, a president needs both chambers' approval in resolution form to do so.

Officials in the White House have been considering alternative venues for the January 29 speech.