US President Donald Trump says he may change his original block on travelers from seven Muslim-majority nations. Two courts have since affirmed a suspension of the controversial executive order.

A federal appeals court in San Francisco has refused to reinstate President Donald Trump's ban on travelers from seven predominantly Muslim nations. The government is expected to appeal the latest ruling. (10.02.2017)

A new survey by London think tank Chatham House reveals that the majority of Europeans oppose Muslim immigration, Germans included. There is no country polled in which support for Muslim immigration surpasses opposition. (09.02.2017)

Speaking to reporters on Air Force One as he flew to Florida on Friday, Trump said he expected to win a legal battle over his original directive, which suspended entry to the US for refugees as well as visitors from Iran, Iraq, Libya, Somalia, Sudan, Syria and Yemen.

"We will continue to go through the court process and, ultimately, I have no doubt we will win that particular case," he said earlier.

But he confirmed that the White House was also weighing other alternatives beyond the court system, including making changes to the order. Trump suggested an amended executive order could be reissued by early next week.

The comments represent a potentially embarrassing climbdown for the new US leader, who has insisted that the order was well-drafted and was necessary for reasons of national security.

A day earlier, a US appeals court upheld a restraining order on Trump's original travel ban after it sparked protests at home and abroad and caused chaos at some US airports. A federal judge in Seattle last week issued a temporary restraining order, which put the ban on ice.

The US Justice Department had argued that the January 27 executive order - which bans refugees for 120 days, Syrian refugees indefinitely, and citizens of seven Middle East or African countries - had been signed to head off a potential terror attack. 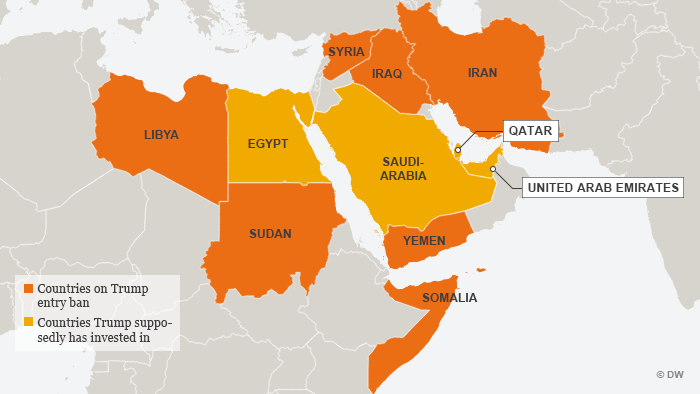 But officials from several US states have argued against the ban, saying it has harmed thousands of state residents by splitting up families, delaying students hoping to travel, and stopping foreign travel by green card holders and their relatives.

Legal analysts say Trump's original ban could be rewritten to exclude affecting those with US residence visas or those who are permanent residents.

"Every single court option is on the table, including an appeal of the Ninth Circuit decision on the TRO (temporary restraining order) to the Supreme Court, including fighting out this case on the merits," Priebus said.

And in a new legal twist, the Ninth Circuit Court of Appeals in San Francisco, which heard the original appeal, asked the Justice Department and the state of Washington to submit arguments on whether a larger panel of judges should re-hear the arguments, after a three-judge panel unanimously refused to reinstate the ban.