Three suicide bombers have killed 30 people in the village of Konduga in Borno, Nigeria. The attackers targeted an area where people had gathered to watch a football game. 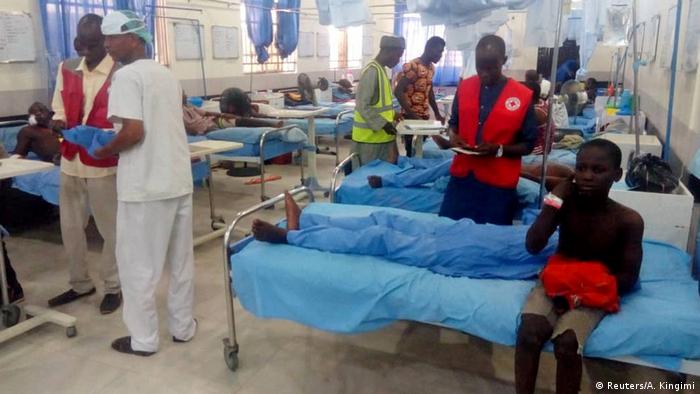 At least 30 people were killed in a triple suicide bombing attack in northeast Nigeria late on Sunday, emergency services said.

The three suicide bombers detonated explosives at a hall in Konduga village, 36 kilometers from Maiduguri, the capital of Borno state. The victims had gathered to watch a football match, village head Bulama Kalli said.

"The death toll from the attack has so far increased to 30," Usman Kachalla, head of operations at the State Emergency Management Agency (SEMA), said on Monday.

"We have over 40 people injured," Kachalla added. 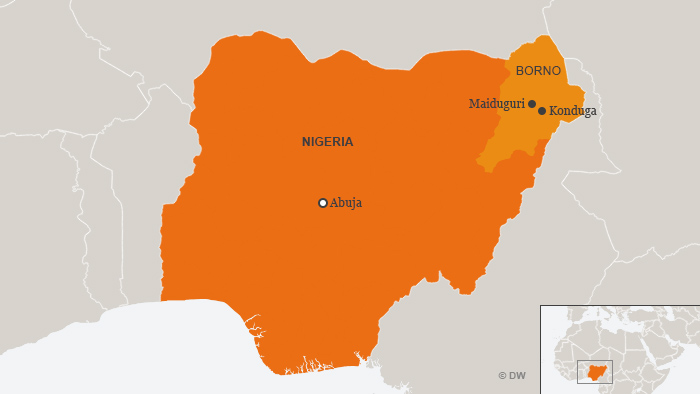 It is still unclear who carried out the bombings. Extremist group Boko Haram has often carried out suicide bombings targeting civilians in the state in the past.

The attack happened around 9:00 p.m. (1800 UTC), Ali Hassan, the leader of a self-defense group in the town, told French news agency AFP.

The owner of hall where the football match was being shown prevented one of the bombers from entering the packed venue.

"There was a heated argument between the operator and the bomber, who then blew himself up," Hassan told AFP by phone.

Two other bombers who had blended into the crowd at a tea stall nearby also detonated their suicide vests.

At least 27,000 people have died in Boko Haram-inspired violence which has spread across borders into Niger, Chad and Cameroon. A regional military coalition has been developed to control the terror groups.

The resurgence of attacks by Boko Haram in parts of northeastern Nigeria has raised concerns that the jihadist group is far from being vanquished. Security experts are now urging a change in counter-insurgency measures. (19.12.2018)

Police say dozens of people were killed in an attack on a mosque in northern Nigeria. Many are blaming the extremist group Boko Haram, though police have not formally speculated as to the motive for the attack. (01.05.2018)