People in the western German city of Trier have been remembering the five people killed after a car tore through a busy shopping street on Tuesday. While the suspect is in custody, a motive remains unclear. 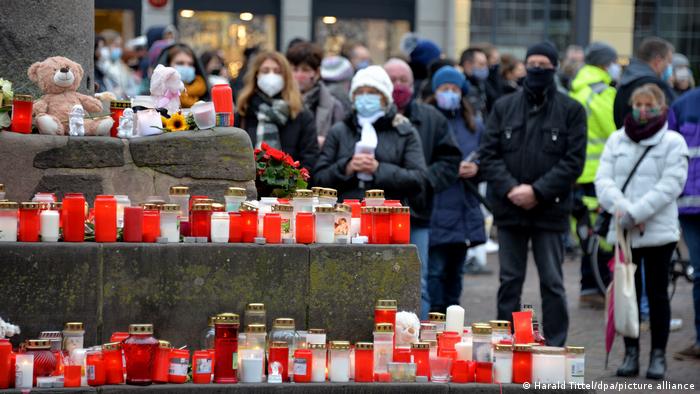 The city of Trier has mourned the deaths of five people, including a baby, who were killed after a car plowed into pedestrians on a busy shopping street.

Some 500 people gathered at the city's landmark Roman-era gate, the Porta Negra, to hold a minute's silence in remembrance of the victims. Mourners were asked to adhere to physical distancing measures ahead of the event.

People across the wider state of Rhineland-Palatinate also joined in the silent commemoration at 1:46 p.m. — the moment the car began veering through the city on Tuesday.

"Life will stand still at this moment in memory of the victims," said State Premier Malu Dreyer, a Trier resident whose husband was formerly the city's mayor, ahead of the silence.

"Let us show how strong and solidly untied the people of this city are," said Wolfram Leibe, the city's current mayor. "Trier stands together."

City church bells were sounded to mark the moment that the first call was made to police. 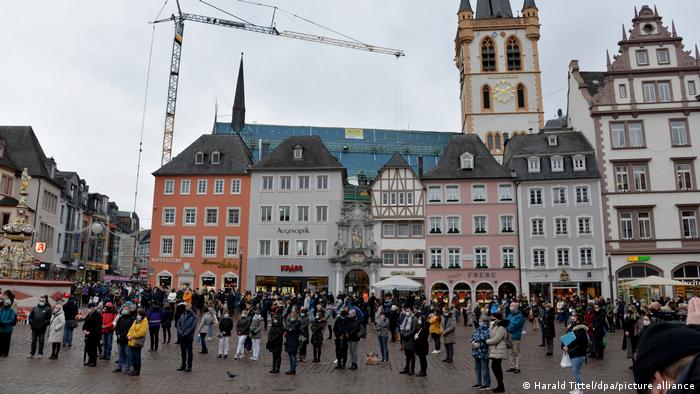 No details about motive

A 51-year-old man is in custody after police detained him at the scene four minutes into his rampage.

Prosecutors said the suspect, who was under the influence of alcohol at the time, could be placed in psychiatric care. They gave no details about motive, but said there were no indications of a political or religious element.

The suspect is accused of five counts of murder and 18 counts of attempted murder.

Prosecutors say he drove his sport utility vehicle at high speed into members of the public "in an indiscriminate and targeted manner." It was his intention "to kill or at least injure as many people as possible," a prosecution statement added. 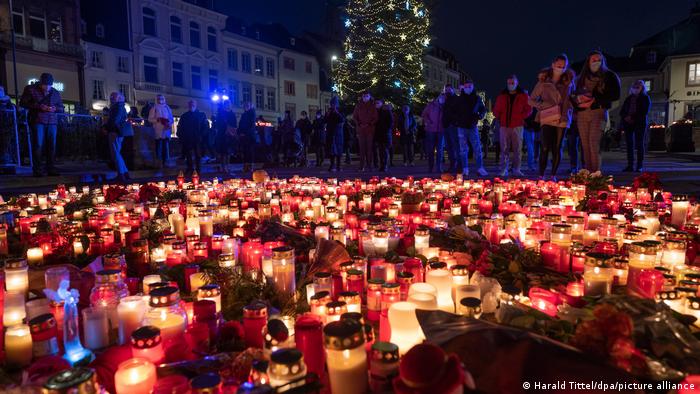 It lasted just four minutes as a man plowed his car into unsuspecting pedestrians. Five people were left dead. The city of Trier in western Germany is in a state of shock. People are asking: "Why?"