A woman accused of tying her boyfriend to the bed, killing him with a buzz saw and cutting off his head has had her first day in court. His body remained buried in her backyard for over seven years. 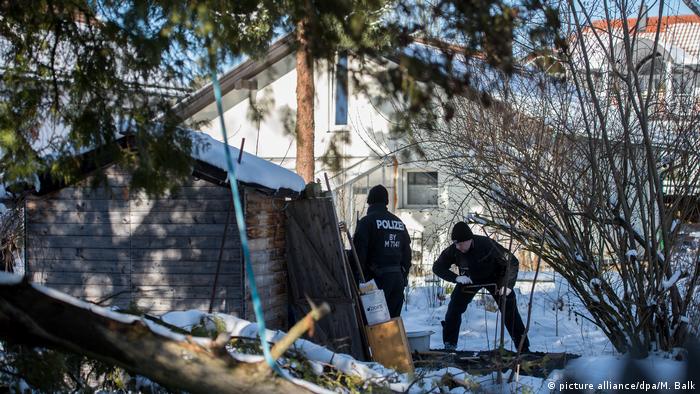 Just in time for Valentine's Day, the trial of Gabriele P., who stands accused of killing her boyfriend with a buzz saw before decapitating him, has begun in Bavaria.

It is a gruesome case, even for long-serving criminologists and psychiatrists. The trial has begun for a couple who lured women into their house and humiliated and tortured them, killing at least two women. (26.10.2016)

Man gets reduced sentence for murder of 11-year-old girl

A 54-year-old man has been found guilty in the fatal shooting of a girl in northern Bavaria last year. The court, however, has opted not to hand him a life sentence. (22.12.2016)

In court on Monday, the prosecution charged Gabriele with murder and accused her of "maliciously killing another human being" - meaning that the victim had no way of seeing the attack coming. Alex H. was, in fact, blindfolded and tied to his bed when he was killed.

Now 32, Gabriele does not deny that she killed her boyfriend in December 2008. But her lawyer, Birgit Schwerdt, says it was an "act of desperation" rather than murder, because of the long-term sexual degradation and coercion that Gabriele had suffered at the hands of her boyfriend.

"Whether it was premeditated murder or spur-of-the-moment manslaughter is an extremely important question because of the influence this has on the sentencing," the German criminologist Rudolf Egg told DW. "That makes the difference between five years of jail and a life sentence."

In early 2016, when the crime was first discovered, public prosecutor Thomas Steinkraus-Koch told media that Gabriele had killed Alex because she "wanted to get rid of him."

If that was the case, she did not do so right away. Half a year after the killing, Gabriele's next boyfriend, Christian K., found Alex's body in the very same bed where she had cut into him and, with the help of another accomplice, helped her bury him in the backyard. Police only found the body in January 2016, more than seven years after the murder, because someone had heard about the crime at a party and alerted the authorities.

Gabriele has yet to talk about what exactly happened on that night in December 2008 and in the months that preceded her taking the buzz saw to her boyfriend's chest. Here is what we know about the crime so far.

Gabi, as the defendant's friends called her, met Alex when she was 15 or 16 years old. When she turned 18, they moved into a single-family home with a backyard that she had inherited from relatives in a little village just east of Munich. Gabriele now claims that during their relationship Alex frequently came up with degrading sex acts that he forced her to go along with. 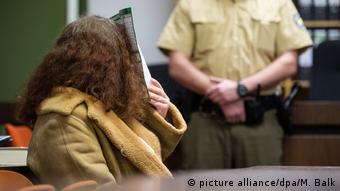 Gabriele P. did not want to show her face in court

After a big fight, Gabriele finally kicked Alex out in December 2008 - not long before the murder. But he returned, and she apparently pretended to make up with him. They proceeded to the bedroom where, as per usual, Alex blindfolded himself, according to testimony. During sex, he asked his girlfriend to tie him to the bed.

Then, Gabriele said, she grabbed the buzz saw and cut into Alex's chest. It is after he died of his injuries that she is thought to have used the saw to cut off his head. After that, she allegedly covered the body with a blanket, left and didn't enter the bedroom again for several months.

Christian found Alex's body in that bedroom half a year later, while catsitting for Gabriele, who was on vacation. Both he and his friend have already had their trials for helping Gabriele bury the corpse. Christian was sentenced to two years and eight months in jail, and his helper received one year and nine months. Both men are appealing the rulings against them.

After Alex's disappearance, his parents hired a private investigator. They heard that he had moved to Romania with a new girlfriend and didn't want to stay in touch with his family in Germany. Whether Gabriele started this rumor will be examined in her trial. 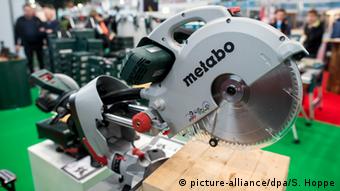 Alex H. was allegedly killed with a handheld buzz saw

On Monday, Gabriele covered her face with a piece of paper in court. She talked in depth about her biography and the beginnings of her relationship with Alex. She described him as having two completely different sides.

The public didn't learn anything more, because Gabriele filed a request for a closed hearing that was granted by the judge Monday afternoon. He said the crime was connected to the former couple's sex life and that the intimacy of the defendant and the victim needs to be protected.

The district court in Munich has scheduled seven days for the trial. Christian, who has gotten engaged to Gabriele over the years that have followed the grisly events, will testify on Tuesday: Valentine's Day.