Trial begins in Turkey over IS attack on Istanbul airport

Members of the "Islamic State" (IS) alleged to have been involved in last year's Istanbul airport attack have gone on trial in Turkey. If convicted, they could face a combined record jail sentence. 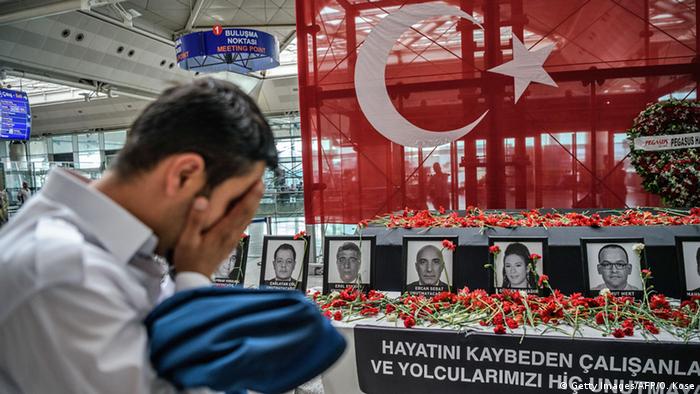 The accused – nearly one-third Russian nationals – face charges of murder, attempting to overthrow the constitutional order and terrorism-related charges, among other offenses.

What are the details of the attack?

The alleged IS members face life sentences – up to a record 3,342 years - if convicted.

Turkey has been hit by several IS attacks over the past two plus years, including one on a popular Istanbul nightclub on New Years this year that killed 39 people.

In October 2015, twin blasts on a rally in Ankara attended by labor activists and pro-Kurdish groups killed more than 100 people.

Another IS suicide bombing on pro-Kurdish activists in July 2015 killed 33 people in Suruc, near the Syrian border.

Turkish security forces have upped raids on IS members in recent months, arresting more than 200 suspects in the last week alone.

The heightened security response comes amid concern that IS fighters will seek haven in Turkey after fleeing the battlefield in Iraq and Syria after a string of defeats.