Having seen numerous delays, Berlin's new airport is scheduled to open in October 2020. But even that deadline is now being questioned. Travelers are not overly concerned, though, as Hardy Graupner found out. The German Transport Ministry has demanded assurances that the unfinished Berlin-Brandenburg International Airport (BER, pictured above) can really open in October 2020, as announced by the operators. But who's willing to give such assurances without caveats?

Not even BER CEO Engelbert Lütke Daldrup is sure anymore. The German capital's new aviation hub is to eventually replace Tegel Airport in the city center and Schönefeld Airport on the outskirts, right beside where the new one is located.

Older folks will remember that BER was initially scheduled to open in October 2011, only to be shut down over a potential fire hazard.

The deadline has since been pushed back six times due to various construction problems.

Only last week, German media reports suggested that a large amount of nonmetal wall plugs might need to be replaced, casting doubts over whether or not the airport will open in 2020. 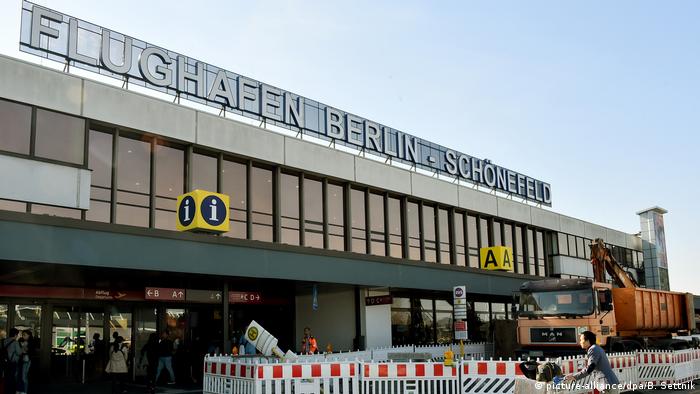 The existing Schönefeld Airport (SXF) is anything but spacious and posh, but keeps playing an important role

Despite its status as a target of ridicule and derision in the German and foreign media, travelers in Berlin don't seem to be missing much for the time being, as DW found out chatting to people at Schönefeld Airport (SXF).

Poles living in the western parts of their country are among the most frequent foreign users of that airport as it offers more routes than, say, the Polish airport of Szczecin (some 150 kilometers, 90 miles, away from Schönefeld).

"Personally, I think that this smaller airport here in Schönefeld is also efficient — I've used both, also Tegel, and I'm OK," one Polish traveler said when asked if he was eager for the new Berlin airport to finally open.

"Maybe, it would be better to have just one central airport in Berlin. But I'm not really missing the unfinished airport right now, it's good for me the way it is."

Ask Germans what they make of the unfinished airport, and their answers range from indifference, to understanding of the situation, to indignation.

"The fact that the airport is still not completed is certainly annoying," says a young German woman in the presence of her friend.

"But we're not from the Berlin area and do not really think about it so much. Travelwise, we have other options, if Berlin doesn't work out."

Her friend is not quite as sanguine about it. "Well, we live in Germany, and as German taxpayers it's our problem, too," he says. "We've come to the point where everyone is asking what's going wrong here. There's always something new that's not working."

"Why isn't there anyone around, who can analyze everything thoroughly," the woman wonders. "Rushing things now to meet the latest deadline may only produce even more problems and costs."

A man waiting outside the arrivals area doesn't feel like laying the blame for the delays at anyone's doorstep. "I don't lose any sleep over the unfinished airport," he says.

"To be honest, I believe that for a huge project like this it's quite normal that not everything goes the way it's planned. Of course, rising costs are always bad, but then there's so much going wrong elsewhere too. We'll survive."

A couple waiting for their flight have this to add:

"I'm not thinking about it so much, for me it's like a joke anyway," she quips, while her companion says he believes the BER project has just been badly managed.

"I guess the problem is lousy management and not the engineers involved," he says. "Airports have been built in other parts of Germany without such massive problems ever occurring, so it must be a management issue."

Another German traveler indicates he'd love to see the new airport opening soon, as Schönefeld isn't quite up to the mark in his eyes.

"Everything feels a bit makeshift here, including the main hall and the check-in area, but so what?" 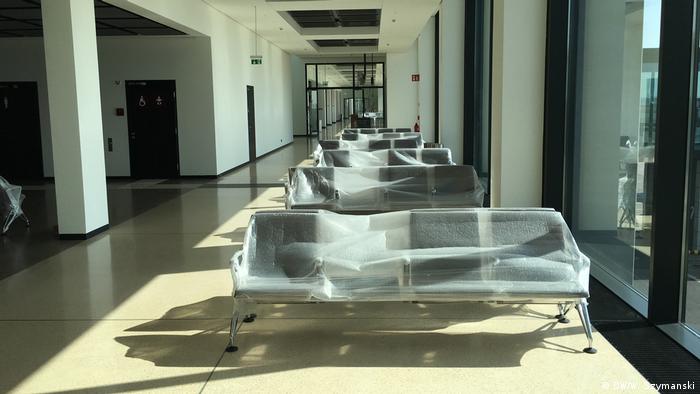 "It's amazing there isn't a major airport in Berlin, just two small ones," agrees a woman from Scotland. "Schönefeld and Tegel are small ones, neither of them are really great."

Does she think that's kind of a scandal for a place like Berlin?

"We're dealing with a disaster of our own, Brexit, so it's currently pretty hard to see beyond this," she says with a twinkle in her eye.

Wouldn't a complete mess like BER cause a public outcry in her country, DW posited.

"Again, you're asking about a country that's produced Brexit, that tops it all."

Well, both Brexit and BER are certain to be rather costly affairs in the end. Originally, some €2 billion ($2.2 billion) was earmarked for the new Berlin airport — it'll be somewhere between €6 billion and €7 billion by the time it opens, experts figure.

The idea of scrapping the faulty project altogether has fallen on deaf ears among those in charge. The point of no return seems to have been reached.

The BER operator has already begun allocating space to airlines Easyjet, Lufthansa and Eurowings. As we have been saying for many years when it comes to this airport: to be continued...