Following Fritz Keller's resignation as president of the DFB there is no clear successor. Sylvia Schenk of Transparency International is prepared to take the post on an interim basis to implement key structural reforms. 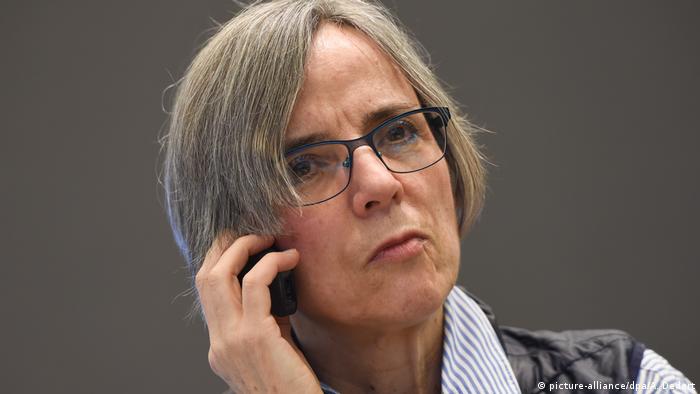 Sylvia Schenk is a former president of the German Cyclists' Federation

Fritz Keller resigned as president of the German Football Association (DFB) on Monday after just 20 months in the job – over a remark he made last month, in which he compared one of the DFB's vice presidents, Rainer Koch, to the notorious Nazi judge Roland Freisler.

Keller, 64, is the third consecutive DFB president to be forced out of office prematurely after Reinhard Grindel and Wolfgang Niersbach. The DFB's two vice presidents, Koch, 62, and Peter Peters, 58, have been placed in charge of running the association's affairs on an interim basis.

Keller came into office in 2019 with a promise to implement major reforms to the world's biggest single-sport association — but ultimately failed. Sylvia Schenk of Transparency International Germany agrees there is a need for structural reform, and she says she is prepared to step in to help implement the changes and to pave the way for a permanent successor to Keller. She has clear ideas about what needs to be done.

The reforms envisioned by Schenk, a former president of the German Cyclists' Federation (2001-04), would include letting the DFB's full-time staffers run the day-to-day operations — with the top executives retaining a supervisory and control function, while still being responsible for setting out its strategic guidelines.

"There must be a clear separation between business and sports. The focus must no longer be on what decision might be particularly helpful to an individual," said Schenk, who is currently the head of Transparency International Germany's working group on sports. 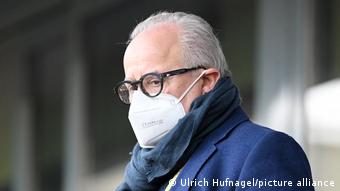 Schenk is under no illusion that implementing deep-rooted reforms at the DFB will be easy, but she believes that installing a transitional team on an interim basis is key to ensuring that the next president can "begin his (or her) work unencumbered." She also believes that once the reforms have been implemented, it should become easier to attract "the right person for this post. Because right now, due to all the squabbling, this doesn't look all that attractive to some."

The transition team Schenk envisages would have a lot on its plate, starting with getting to the bottom of the affair surrounding dubious payments in connection with Germany's successful bid to host the 2006 World Cup. Schenk also believes that the DFB must fully embrace values like integrity, as well as issues like sustainability and environmental awareness.

"The way large companies deal with these social issues has changed significantly over the last 15 to 20 years," she said. "The DFB needs to embrace this as well."

What is also important, she said, is that the DFB become more proactive in the way it communicates with the public, addressing its mistakes without outside prompting while setting its own communications agenda.

Although Schenk has made no secret of her suggestions for reforms at the DFB, since first expressing an interest in leading a transition team a couple of weeks ago, there has been no reaction from the German FA.