Moldova can't find peace. Forces in the separatist Transnistria region are trying to weaken the already shaky stability in the region. Their main targets: members of pro-democratic NGOs. 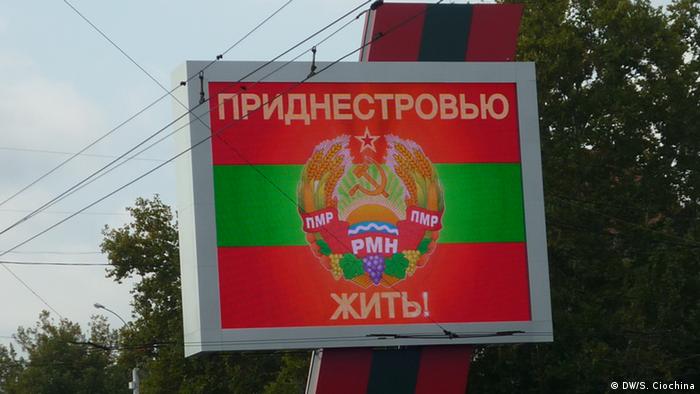 In Transnistria, a separatist region in the eastern European nation of Moldova, more and more Moldovan citizens are being abducted by the Transnistrian militia. Separatists have been causing trouble for the government in Moldova's capital Chisinau for a while, but recently, the situation has been getting worse.

The kidnapped Moldovans are only released in exchange for a high ransom payment ranging from 20,000 to 200,000 euros ($22,000 to $222,000). The jails are sites of assaults and torture and family members are called on to pay for a somewhat humane treatment of their loved ones, if they can't afford the ransom right away.

NGO Promo-LEX reports that a prisoner's family members need to pay 20 euros to the prison administration for him to receive a food package and 40 euros if they want to hug him in person. An extension of the stay in the prison's courtyard goes for 60 euros, according to the report.

Fear of the Ukraine scenario

The "Republic of Transnistria" separated from Moldova in the early 1990s and is not recognized by the international community. The region runs on a parallel system that disregards all norms in the Moldovan constitution and all international rights.

Several local NGOs have drawn attention to the human rights violations in Transnistria, but their activities have mostly been blocked by the separatist authorities.

So far, Moldova hasn't intervened. In light of the fraught situation in the region - specifically in neighboring Ukraine - it's not likely that the government in Chisinau would want to provoke counterstrikes from Transnistria - or from Moscow.

Roughly 2,000 Russian soldiers and heavy weaponry are stationed in Transnistria. Many in Chisinau fear the Ukraine scenario could extend to Moldova as well. In March 2014, separatists on the Crimean peninsula announced a split from Ukraine and, shortly thereafter, joined the Russian federation. The move was largely considered an annexation by Russia.

One of the last NGOs still standing is Chisinau-based Promo-Lex. Its members are actively fighting for human rights in the entire region, including Transnistria. That's why they're a target for the separatist authorities.

The Transnistrian intelligence service - still known as the KGB - announced in April that members of Promo-LEX would be charged in court. The reason: accepting funding from the West (Romania) and endangering regional security. They are furthermore charged with "ideologically influencing" the people.

Promo-LEX has been active in the region for 12 years. Ion Manole, the NGO's director is worried about the current development.

"Several NGO members and journalists have to deal with intimidation and slander just because they fight for human rights," Manole said. 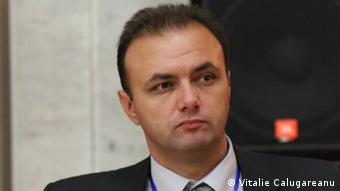 He is convinced that Transnistria's new bill "against foreign agents" aims to prohibit all NGOs.

So far, almost 40 organizations and civil society associations have announced their support for Promo-Lex and called on the Moldovan government to act. In their letter, they express their "concern for the safety and physical integrity of those who work in Transnistria in the NGO's name."

The international community has also criticized the separatist authorities' actions. Gerald Staberock, secretary general of the World Organization against Torture, is one of the critical voices. He believes that the Transnistrian intelligence service declaration against Promo-LEX is another attempt to gag every independent human rights organization.

'Persecuted by the unjust regime'

Even the president of separatist Transnistria, Yevgeny Shevchuk, has joined in the discussion. In a TV talk show, he said that his authorities had uncovered clear connections between Promo-LEX members and the Romanian intelligence service.

"All signs point to these NGO members being part of sabotage against Transnistria," Shevchuk said.

Promo-LEX Director Ion Manole is convinced that these accusations only aim to destroy the local people's trust in his NGO. Moldovan political scientist Ruslan Shevchenko believes that the authorities in Transnistria will continue to desperately try to block the NGOs' activities because of the organizations' pro-European and democratic leanings.

"The NGOs in Transnistria are in a difficult position," Shevchenko said. "The unjust regime will continue to persecute NGO members, because these organizations offer the population a clear alternative."