A prominent US broker is allowing children as young as 13 to dabble in the stock market. While the move promises to initiate kids into the art of investing, it could potentially leave deep scars on impressionable minds. 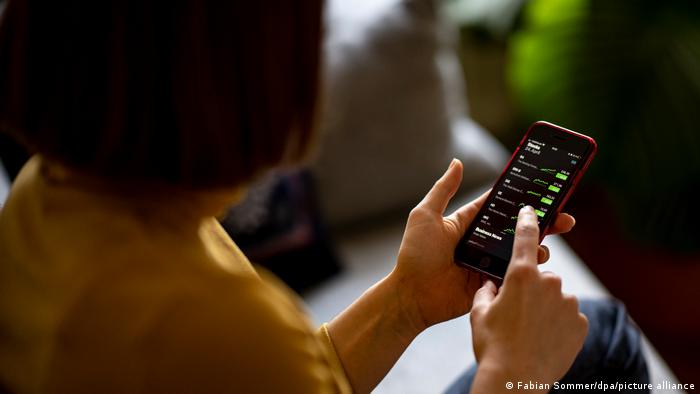 US financial services firm Fidelity Investments has launched trading accounts for children between the age of 13 and 17, as it looks to capitalize on a largely social media-fueled trading craze among younger millennials and Generation Z.

The no-fee account is available to teens whose parents or guardians have accounts with Fidelity. The service allows them to buy and sell US-listed stocks, exchange-traded funds (ETFs) and Fidelity mutual funds.

Fidelity's latest offering comes amid a trading frenzy that has seen 18- and 19-year-olds flush with stimulus money swarm zero-commission day-trading apps such as Robinhood in search of quick returns and thrill.

"Teenagers are getting exposed to investment conversations through social media posts, which has created a demand," said Sarah Coles, personal finance analyst at Hargreaves Lansdown. "And once you have a demand, someone will meet it."

Robinhood and other trading apps of its ilk, which require users to be 18 or older, have been drawing a lot of flak for "gamifying" investing with video game-like features such as greeting investors with a confetti animation on completing their first trade. Robinhood has often been criticized for allowing younger people, many without even basic trading knowledge, to indulge in riskier investment strategies, such as options trading, helping fuel bubbles like seen during the GameStop saga.

Benefits of trading for minors

Fidelity's "Youth Account" does not allow investors to trade options or trade on margin, which involves trading assets using money borrowed from a broker. Deposits are capped at $30,000 annually. Unlike custodial accounts, where parents can trade on behalf of their children, Fidelity's trading account allows teenagers to execute trades. Parents may sign up for notifications to monitor their child's activity.

"I think there is an opportunity here because one of the things that the financial services industry has found very difficult to do forever is to engage young people with their finances and to engage young people in investing," said Greg Davies, an expert in applied behavioral finance at consultancy Oxford Risk.

Personal finance education is conspicuous by its absence from most school curriculums, which means only a few people end up being equipped with the knowledge required to make prudent investment decisions or inculcate financial good habits. The rest are forced to learn the hard way once they start investing. Trading platforms targeting teenagers could help bridge that gap and much more.

"Almost all the evidence that we have from financial education tells us that doing it in a classroom is quite an expensive way of achieving almost nothing," Davies told DW. "So, using these trading platforms as an education delivery mechanism is actually probably going to be much more effective in educating people about investing than classroom education."

Davies, however, cautions that these platforms must come with checks and balances and should be supplemented with the right education and parental guidance, otherwise, they could end up reducing trading to gambling. 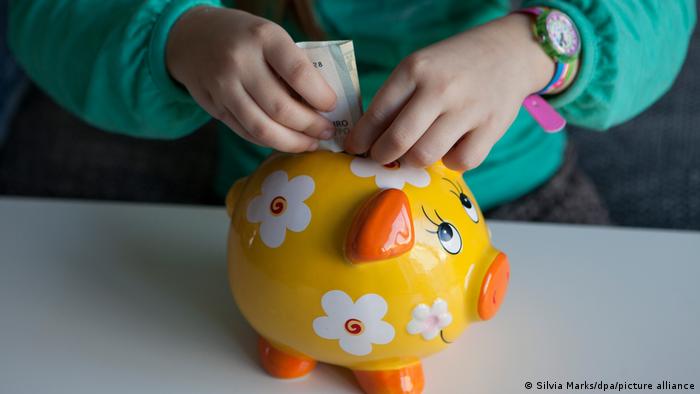 Even though the Fidelity platform has some restrictions to protect its teen users from incurring massive losses, experts are concerned about the psychological impact it could end up having on impressionable minds.

"Throwing kids into the deep end is a high-risk way to get them to learn to swim," Coles told DW. "If they dabble in investment without really understanding what they're doing, it runs the risk that they make mistakes that put them off for life or make some lucky guesses that give them the wrong impression of investing."

Several studies have shown that losing money in one's formative years can leave deep scars on people. An entire cohort of younger people who had seen firsthand the market turmoil in the US during the Great Depression of the late 1920s and early 1930s were found to be less likely to invest in the stock market for the rest of their lives.

The platforms could also potentially end up worsening existing inequalities among children given that a lot of the recent trading frenzy among younger people has been driven by peer influence or a yearning for tribal belonging.

"One of the advantages of many of the fads and the crazes that kids go through is that they are broadly accessible... yoyos, marbles and trading cards or Pokemon cards, they're fairly accessible to all. And suddenly you have something where the barriers to entry of this hobby are very financial," Davies said.

"You could argue that actually, it's the kids who have the least access to the financial system who would benefit the most from early access to it. But you need money to play and there's a danger of losing that money. And if you're not a kid from a wealthy family, that could be a very big deal for you psychologically and very harmful," Davies said, adding that a simulated trading account with no real money at stake could be a better alternative.

Some experts, including Davies, say a trading platform targeting teenagers could help solve a major issue plaguing global financial markets; there are not many women who own stocks. Studies show that women are less likely to own stocks due to a lack of confidence as well as a lack of knowledge.

Davies says trading apps with some guardrails could help girls become more familiar with trading and make the whole process of finance and investing less scary.

Coles is not convinced that such platforms would do much to bridge the gender investing gap.

"I'm not sure it will help close the gender investment gap, because most kids are learning about investment through social media, and the algorithms show them what they're interested in. At the moment, because of how kids are culturally conditioned, it's something boys are more likely to see than girls," she said.

What to expect from stock markets in 2021