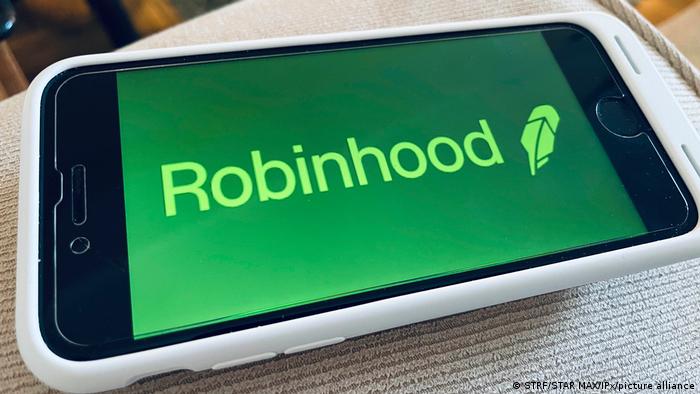 The company priding itself in bringing trading to the masses was forced to halt transactions after the masses sent the markets haywire; reactions were not warm

Robinhood and other brokers on Thursday restricted transactions on shares at the center of major volatility on stock markets spurred by people organizing on platforms such as Reddit.

The restrictions sparked outcry among the individual traders — known as retail investors, and among US lawmakers on Thursday.

They said that established professional funds were largely able to continue trading the affected stocks.

Why has Robinhood restricted transactions?

The California-based trading app said in a statement it was restricting transactions for certain securities to position closing only, citing "recent volatility."

These companies of what social media users have been calling a "Reddit rally" where an army of retail investors, supporting each other on Reddit threads such as r/wallstreetbets which has some 5.4 million subscribers, bought stocks in heavily shorted companies.

The collective action forced up stock prices while simultaneously ruining the short positions held by the hedge funds, causing them huge losses.

Stock for aging bricks-and-mortar US computer game store Gamestop traded between $112 and $480 dollars a share in the past 24 hours, in massive swings, from just $18 (around €15) a few weeks ago.

The unexpected rises in prices cost established hedge funds millions. Gamestop's stock had been falling for six straight years and both funds had bet heavily that the firm's stock would continue to fall. They do so in a process called short selling: borrowing a share from someone else, selling it, and agreeing to buy one back and pay back their debt at a later date. They profit if the price sinks as expected, but still must repay the shares if prices rise.

The rising prices forced Melvin to close its short-selling positions in GameStop shares on Thursday and cut its losses. 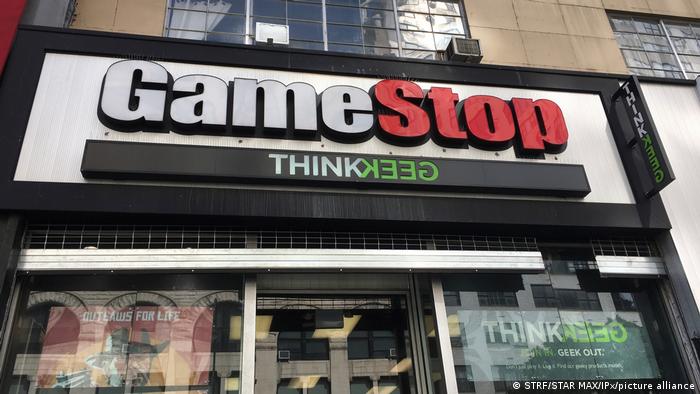 Is Robinhood the only platform restricting trading?

Interactive Brokers limited options trading in AMC, BlackBerry, Express, GameStop and Koss. Clients can close out positions (i.e. settle the bill on long- or short-selling bets they have already made), but not buy more options (i.e. make further such bets). The company also cited market volatility.

Kalen Holliday, a spokeswoman for Interactive Brokers, said the company's restrictions applied both to individual and institutional investor accounts.

How have people reacted to the restrictions?

Robinhood issued a blog post on Thursday entitled "An Update on Market Volatility," seeking to explain their decision and stress that they reached it independently.

"To be clear, this was a risk-management decision, and was not made at the direction of the market makers we route to," the company wrote, saying that more generally, "democratizing finance has been our guiding star since our earliest days."

But many individual traders were dissatisfied and argued that the company was defying precisely that mission statement.

Some, most notably Gamestop themselves, highlighted a 2016 tweet from the company saying: "Let the people trade."

At least one lawsuit was filed Thursday in US District Court in New York claiming Robinhood manipulated the market by restricting investors' access to trading GameStop.

US lawmakers also weighed in. Democrat Alexandria Ocasio-Cortez a member of the U.S. House of Representatives, wrote on Twitter that the restriction was "unacceptable." She said Congress needed to know more about the move "to block retail investors from purchasing stock while hedge funds are freely able to trade the stock as they see fit."

Meanwhile, Facebook Inc, took down a popular Wall Street discussion group, Robinhood Stock Traders, for: "violating our Community Standards, unrelated to the ongoing stock frenzy," according to spokeswoman Kristen Morea. She did not respond to requests to elaborate, news agency Reuters reported.

Its founder on Thursday described the move as backlash for conversations buoying shares of GameStop Corp and other companies this week.

The US House Financial Services and Senate Banking committees are set to hold a hearing to discuss the recent stock market events.

It will focus on "short selling, online trading platforms, gamification and their systemic impact on our capital markets and retail investors," Representative Maxine Waters, a Democrat who heads the committee in the House of Representatives.

Robinhood said later that starting Friday, it planned to start allowing limited buys of restricted securities, saying it would then monitor market developments.