The world's top automaker was able to log higher net profits in the first half of its fiscal year even as car sales declined in most regions. A weak yen has made Toyota more competitive abroad. 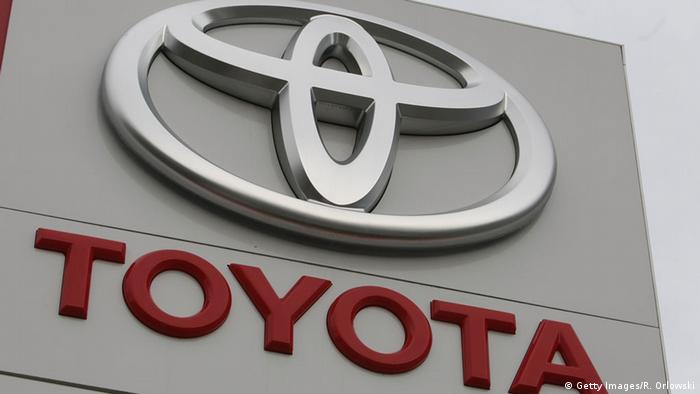 Toyota said Thursday its net profit had risen nearly 12 percent to 1.258 trillion yen (9.47 billion euros) in the fiscal first half through September, buoyed by a weaker yen.

At 4.97 million units, the Japanese car maker sold slightly fewer cars globally from a year ago. It also trimmed its full-year sales target. Sales in Japan and Southeast Asia in particular have been declining for several months.

North America stood out as the one key region where demand for Toyota vehicles was strong. Rivals Honda and Nissan also said sales on the continent helped offset a sluggish Japanese market, where consumer spending is still reeling from a sales tax rise last year.

Japanese automakers have benefited from healthy growth in the US market that has resulted from low interest rates, although the Federal Reserve's plans to raise rates, possibly in December, could dent consumers' appetite for new cars.

Meanwhile, the weaker yen has made Toyota and its Japanese competitors more competitive overseas and inflated the value of repatriated overseas profits. 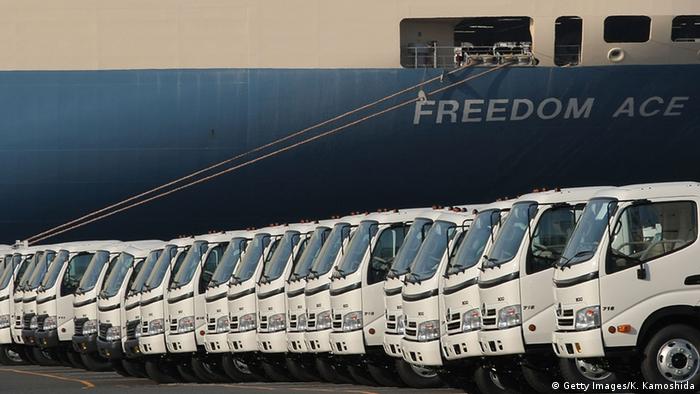 Japanese trucks ready for shipment at the Port of Yokohama

In Thailand, the automaker's sales declined 7 per cent in the second quarter, while in Indonesia sales plummeted 26 percent in the same period.

Toyota is locked in a neck-and-neck race with crisis-hit Volkswagen to again claim title of world's biggest automaker - a crown it has held for several years.

The Japanese firm took a slight lead in the first nine months of 2015, as its German rival battles a huge emissions cheating scandal.

"Volkswagen is in a serious situation - Japanese automakers can take advantage of the slump by trying to win VW customers," Imanaka said.

Toyota has been focusing on squeezing out productivity gains and better using existing plants - it put on hold building new factories for several years. The company began operating a new Thai plant in 2013, but then halted investment as the global car market struggled with oversupply and weak demand.

In April, the company announced it was ending the construction freeze on new plants as it unveiled plans for a $1 billion (915 billion euro) plant in Mexico, while it is overhauling its operations in China.

The company is also overhauling its production methods, vowing to slash development costs to try to offset any downturn in the market.

October was a hot month for the automobile industry, except for one beleaguered German carmaker. While VW's sales in the US plateaued, they fell in Germany. Other automakers logged double-digit growth. (03.11.2015)