Deposed Egyptian strongman Hosni Mubarak's top aide has been sentenced to seven years in prison on charges of corruption. The sentence comes a week before Mubarak faces his own day in court. 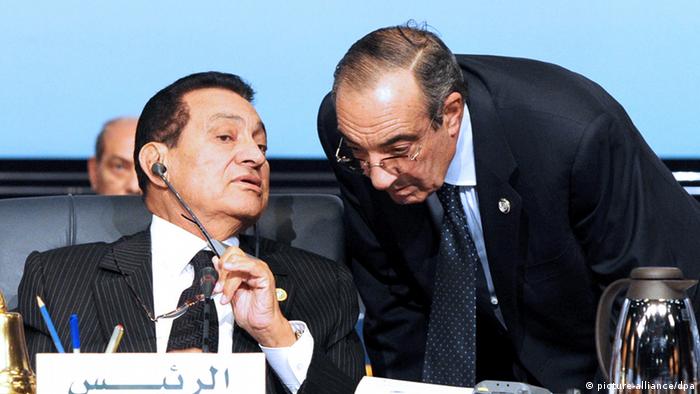 One of ousted Egyptian president Hosni Mubarak's closest aides has been convicted on charges of corruption, Egypt's official news agency reported on Sunday.

Zakaria Azmi has been sentenced to seven years in prison and must pay a fine of 36.3 million Egyptian pounds ($6 million, 4.8 million euros). Azmi served as Mubarak's chief of staff and was an influential figure in the now defunct National Democratic Party. Mubarak was rarely seen in public without Azmi at his side.

The official Middle East News Agency said the court had established that Azmi used his position to embezzle some 42.6 million pounds of public funds.

Azmi's conviction comes just one week before Mubarak faces his own day in court. On June 2, the verdict is set to be handed down in the former president's case. He faces charges of corruption and complicity in the killing of protesters during the 18-day revolt that led to his downfall on February 11, 2011.

If convicted, he could face the death penalty.