Germany's top-circulation women's magazine, Brigitte, has started the New Year with a new concept: replacing professional models with real women. It's a response, they say, to what the modern woman wants. 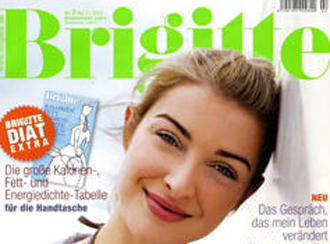 Brigitte's first model-free issue hit newsstands - but can you see the change?

Brigitte is the fashion and lifestyle bible for the German everywoman. Women flicking through the January issue will see just what they were expecting: diet tips, man-advice and models advertising clothing brands and accessories.

But a closer look reveals a subtle change. The women wearing the clothes are not professional models, but everyday women. There is Franca Cuneo, a restaurant owner from Hamburg, Didda Jonsdottir, a 44-year-old singer from Rekjavik, saleswoman Chiara Cappellini and so on. 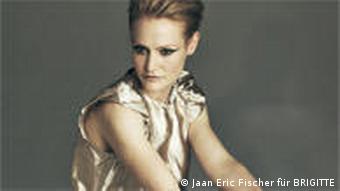 Stylists and photographers lend the 'real' models a touch of glamour

"There's been a change over the last couple of years where fashion is concerned and what women want from their role models," Brigitte's joint editor-in-chief, Brigitte Huber, told Deutsche Welle.

"On the one hand there has been a change in the way trends work. It isn't the big designers defining the scene any more, it's people off the street, actresses, politicians. And women have changed. They don't need unnamed models defining how they are supposed to be living," Huber said.

Brigitte is not the first to come up with the concept. In 2004, Dove beauty products launched their own hugely successful "Campaign for Real Beauty," and they've been using laypeople as models ever since.

But magazines have been slow to follow suit. Despite the ongoing debate over media images of superthin models and their effects on society, glamour - and svelte beauty - sells. Modern society is still in the thrall of the very thin.

Even this first edition of the much-touted new Brigitte has a great new diet as its cover story.

Thomas Huber - no relation to the magazine's editor - is a specialist in eating disorders and a nutritional therapist.

"Media is often blamed for eating disorders," Huber told DW, "What we often forget is that they are not creating an ideal, they are transporting it. Selling it so to speak."

But there should not be a total eclipse of responsibility he says.

While there is little factual evidence linking media imagery to eating disorders, he says, one study carried out in Fiji shows the closest-known correlation.

Researchers asked women about their concepts of beauty and self-perceptions in a period before there was widespread access to television and advertising, and in a period after.

"Afterwards there was a dramatic increase in the number of eating disorders. Where previously women had said thin women looked ill, they now identified with thin as being beautiful." Huber said.

A step too near?

There are also certain professions that put people at a higher risk of developing eating disorders, Huber said. Among them are ballet dancers and models.

Still, there have been criticisms, including from within Brigitte's readership, that the magazine has not gone far enough. Far from being revolutionary, some say, the women used in the first issue are too close to the models used in the past. 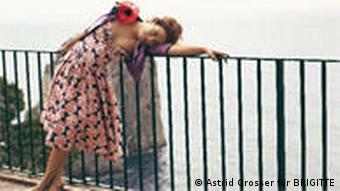 Brigitte Huber defended the choice of models, however: "There was never any plan to make Brigitte a magazine for larger women," she said.

Nor does the strategy of changing size zero-models for normal folk aim to declare war on the fashion industry.

"It is about women who are tired of looking at images that have nothing to do with them. They want to see a beauty that is transported because of a person's charisma," said Huber.

The magazine, which sells some 700,000 copies month and enjoys a readership of 3 million an issue, has also stressed that its choice of real women will not mean an amateur approach to the photo shoots.

And Huber scoffs at the suggestion this might have been a marketing ploy to boost falling sales.

"Such a major change is not taken on the spur of the moment for very short term results. It came after a lot of research into what our readers wanted and our own questions about the modeling industry."

Women from all countries, all ages and a lot of sizes are eligible to apply. And, Huber says, the change to using real women instead of models is a permanent one.

Outspoken Heidi Klum Doesn't Let Critics Get Her Down

Despite hefty criticism of her looks recently, Germany's down-to-earth media darling isn't apologizing to anyone. Instead, Heidi is still riding the wave of her success. (08.03.2009)

Iconic fashion designer Karl Lagerfeld has defended the use of ultra-thin models on the runway, telling a German news magazine that "no one wants to see curvy women." (12.10.2009)

Eco chic makes its mark in the fashion world

While Britain goes on trend alert as London Fashion Week gets underway, green fashion is strutting into the style spotlight as designers and companies increasingly support the growing demand for organic clothing. (18.09.2009)