A top German court has toppled the acquittal of seven Muslim vigilantes and told a Wuppertal court to reconvene the case. The Karlsruhe judges said the key question was whether the "Sharia Police" intimidated the public. 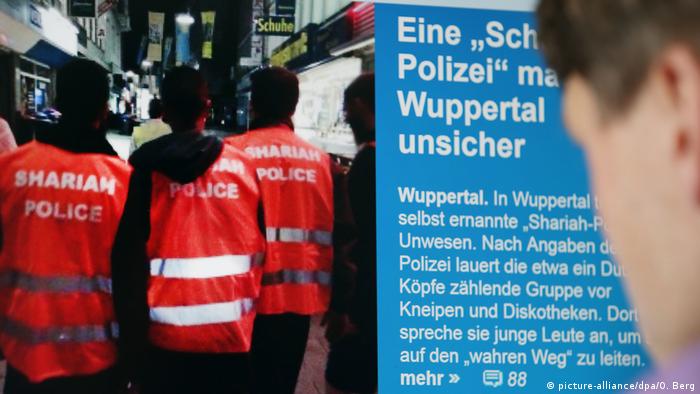 Germany's Federal Court of Justice ruled Thursday that a regional court had erred when deciding in November 2016 to acquit the Muslim vigilantes, because the chamber had not examined the impact of the vigilantes' actions on the public.

The case revision had been sought by public prosecutors.

The Wuppertal regional court subsequently ruled that the vigilantes had not broken German law simply by approaching people while wearing the emblazoned vests.

Instead its judicial panel concluded that the law — originally aimed at Nazi-like street movements — was only applicable if uniforms were "suggestively militant or intimidating."

The vigilantes themselves said their intention was only to persuade young Muslims to avoid gambling halls, pubs and brothels.

Paragraph 3 of the German federal law on assembly prohibits the wearing — in public or at gatherings — of uniforms, uniform parts, or similar apparel to communicate a collective political persuasion.

The basic right to gather is anchored by Article 8 of Germany's constitution under the condition that gatherings happen peacefully and without weapons.

Last July, a Dusseldorf court jailed Sven Lau, a German Salafist convert and Islamist preacher, who formed the "Sharia Police" group, for five and a half years
. 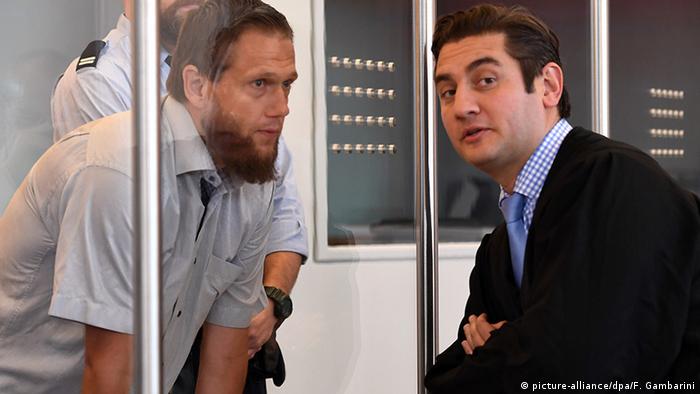 Last November in the northern German city of Celle, a witness testified at the trial of Abu Walaa, an Islamic State recruiter, and four other  accused, that one of the group had gathered pistols fitted with silencers to retaliate against the official intervention in Wuppertal.l.

The Federal Court of Justice, known in German as the Bundesgerichtshof  (BGH), is Germany's highest court of criminal and civil jurisdiction and is based in Karlsruhe, alongside Germany's top constitutional court, the Verfassungsgericht.