After 106 appearances for Germany, Toni Kroos has announced his retirement from international football. The 31-year-old Real Madrid midfielder scored 17 goals for the Nationalmannschaft and won the World Cup in 2014. 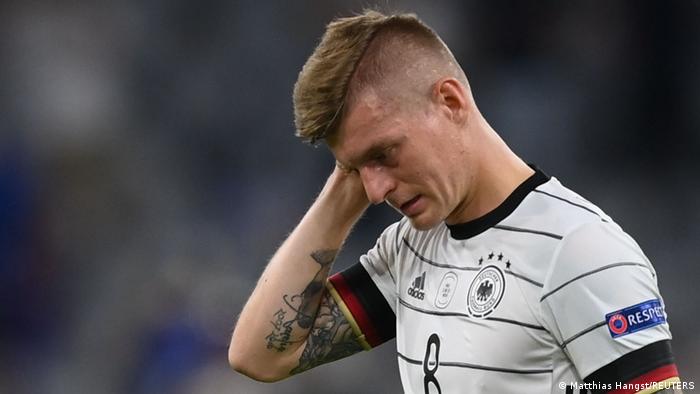 "I've played for Germany 106 times, and there won't be another," the 31-year-old wrote on his Instagram page. "I had deeply hoped to make it 109 games by the end, and I gave it my all in the hope of one last triumph, a European Championship title."

Kroos made his Germany debut in a friendly against Argentina in March 2010 and went on to feature in seven major tournaments for the Nationalmannschaft.

In 2014, he was a key player on the World Cup-winning Germany team, scoring two goals just two minutes apart in the 7-1 semifinal demolition of hosts Brazil. He also contributed four assists during the tournament, earning him the nickname "Garcom" (waiter in Portuguese) for the quality of his deliveries.

Born in Greifswald, on Germany's northeastern coast, in January 1990, Kroos is also the only player born in the German Democratic Republic (GDR) to win the World Cup. 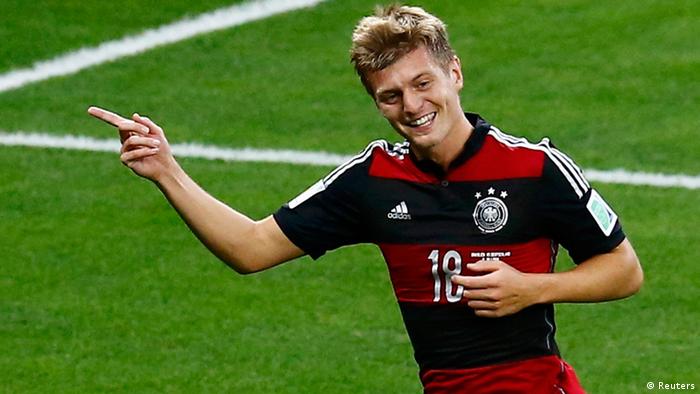 Kroos: 'I want to concentrate' on Real Madrid

"I made the decision to stop after [Euro 2020] a long time ago," he said. "It's been clear to me for a while that I wouldn't be making myself available for the 2022 World Cup in Qatar."

In March this year, Kroos had issued scathing criticism of the 2022 World Cup, saying it was "wrong" that the tournament was awarded to Qatar and criticizing human rights abuses in the country. But there are other professional and private reasons for his international retirement.

"I want to concentrate fully on my aims with Real Madrid, and I'm going to start taking breaks which weren't available to me during my 11 years as a national team player," he explained, adding that he also wants to spend more time with his wife and three children.

"It has been a huge honor to wear this jersey for such a long period, and I have done so with pride and passion," he wrote.

"Finally, a massive thank you to [departing head coach] Joachim Löw. He made me a national team player and he made me a world champion. He trusted me and we wrote history.

"Good luck and all the best to [Löw's successor] Hansi Flick."