Share trading in Japan has been suspended after the Tokyo Stock Exchange suffered its worst technical outage in history. The bourse said trading in the world's third-largest stock market will resume on Friday. 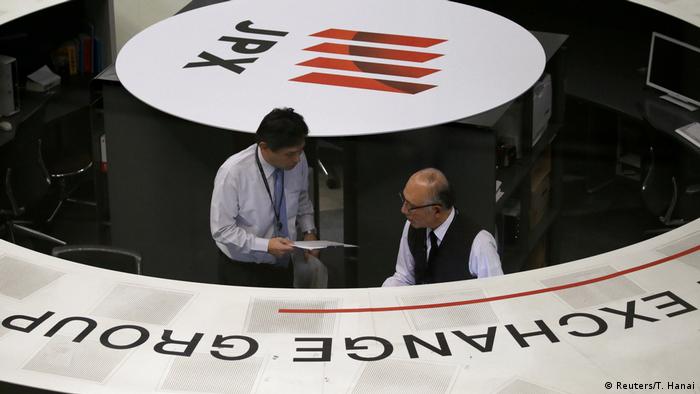 Trading in Tokyo's stock markets was halted for the whole day on Thursday after the system suffered one of its worst ever glitches.

A technical problem involving the delivery of market information was flagged to the operator of the Tokyo Stock Exchange operator and business was stopped less than half an hour before the opening bell.

"TSE has decided to halt all listed stocks for all of today. When trade will resume has not yet been decided," the exchange said in a statement.

The TSE did not give a reason for the outage, but said it has no evidence of unauthorized access from outside the system. The Nikkei newspaper reported it was due to an unspecified hardware problem.

"The timing is really just bad," Takashi Hiroki, chief strategist at Monex in Tokyo, said about the trading halt, adding many market participants were hoping to buy back their stocks or increase their holdings following an overnight rise on Wall Street.

"(The overnight rise) could have prompted a surge in stocks buybacks in early Japanese market. But the market was robbed of that chance."

The Tokyo Stock Exchange is the world's third-largest bourse after the New York Stock Exchange and Nasdaq, with market capitalization of nearly $6 trillion (€5.1 trillion).

The glitch hit the country's top Nikkei 225 and Topix indexes as well as exchanges in Nagoya, Sapporo and Fukuoka that operate through Tokyo's system. The derivative-focused Osaka exchange was functioning normally, though, the operator said.

It is the first significant glitch to hit Tokyo since 2018, when a trading system problem left some securities firms unable to execute orders but that only had what was described as a limited effect on overall market activity for the day.

The trading halt closed one of the few major markets that was due to be open in Asia on Thursday, with bourses in Hong Kong, Shanghai, South Korea and Taipei all closed for holidays.

The Tokyo Stock Exchange said it will resume normal trading on Friday. "We plan to conduct buying and selling as usual tomorrow," it said in a statement.

For a nation that prides itself on technological innovation, Japanese companies have for too long relied on outdated technology such as the fax machine. But that is finally changing. Julian Ryall reports.