Nigerian table tennis player Quadri Aruna is looking to win a medal at the Olympics in a field dominated by Chinese players. He is his continent's biggest hope, a job for which he seems well prepared. 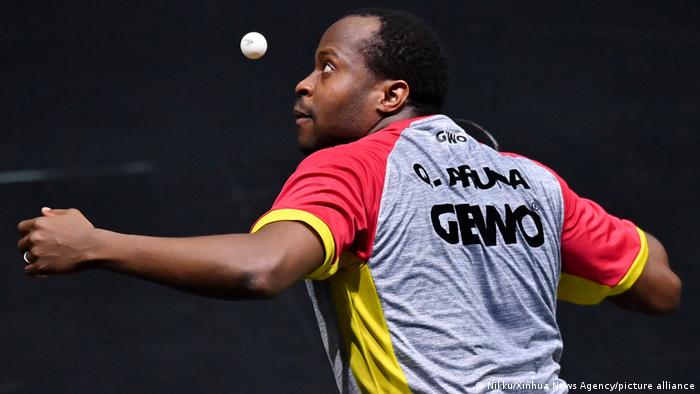 Quadri Aruna hopes to win an Olympic medal in Tokyo

At the 2016 Rio Olympics, Quadri Aruna finally met his match in Chinese master, Ma Long, in the quarterfinals of the men's singles table tennis tournament.

With his speedy forehand power, the Nigerian virtuoso had conquered three top players to reach the quarterfinals of the men's singles table tennis event, the first time for an African at the Olympic Games.

He defeated Taiwanese fifth seed Chuang Chih-yuan 4-0 and German star Timo Boll 4-2 in one of the biggest upset runs in table tennis history. But Long was too much to handle, and Aruna lost in four straight sets to the eventual gold medal winner. 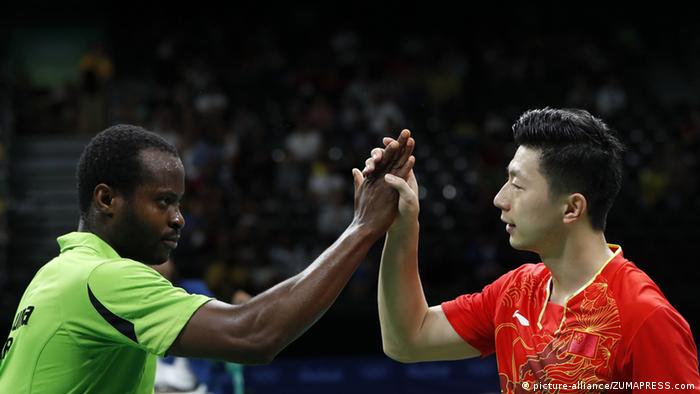 The experience taught him a valuable lesson: to reach the podium, he needed to work harder.

It has been five years since, and Aruna has plotted his return to the Olympic Games in Tokyo. After his debut season in Germany's Table Tennis Bundesliga in which he won 15 of his 25 matches, he is the highest-ranked African (22) in the International Table Tennis Federation (ITTF).

"I was very happy to play in the Bundesliga, one of the best leagues in Europe," Aruna told DW. "I think the experience of the Bundesliga will make a difference for me at the Olympics."

In Oyo, a rustic and storied Yoruba town in western Nigeria where Aruna grew up, children started by drawing lines on concrete floors to create a court. They used broken asbestos or flat wood for tennis paddles. The money gathered from running errands was used to buy ping pong balls. Across town, one can hear a thousand balls pinging across the concrete. 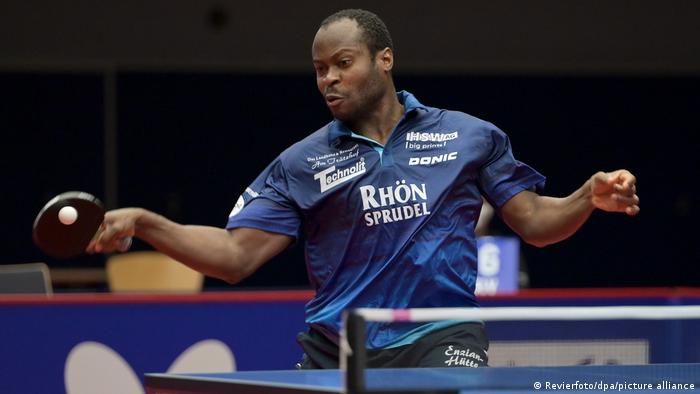 The simplicity of table tennis competed with the popularity of football in Aruna's heart. His family wanted him to focus on school, and his father would wait with a cane in front of their house when he returned from playing.

As his talent on the concrete floors emerged, he received an invitation to a table tennis hall managed by the town's famous trainer, Oluwole Abolarin.

"Luckily, he saw me on the street, and he took me to the hall. I think he realized some of kind of talent in me," Aruna said.

He has since become the poster boy for table tennis in Nigeria, and his fame equals that of the country's most prominent footballers.

In 2017, Aruna became the first African to win an ITTF title outside the continent when he defeated Japanese veteran Kaii Yoshida to lift the ITTF Challenge Polish Open in Czestochowa. The same year, he won the ITTF African Cup against Egyptian rival Omar Assar. 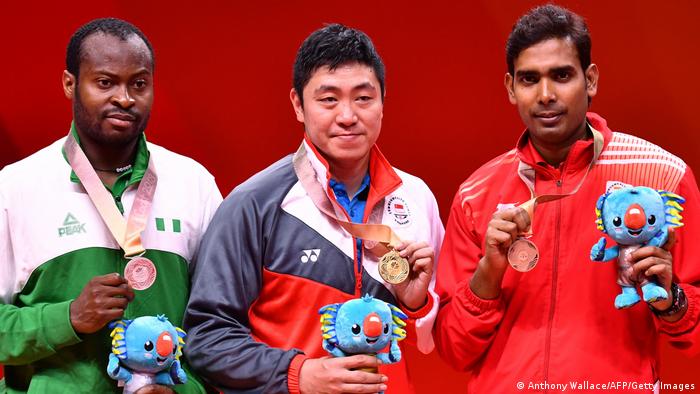 He was a silver medalist at the Commonwealth Games in Australia's Gold Coast in April 2018 and followed that achievement with winning the ITTF Challenge Nigeria Open in Lagos — a title he successfully defended in 2019.

When he plays in Lagos, the crowd is boisterous. Fans drum and chant his name inside the Okoya Thomas Hall of the Teslim Balogun Stadium. There he is at home and one with the crowd.

Nigeria has been represented at each table tennis event since it became an Olympic sport in 1988. Atanda Musa, Bose Kaffo, Monday Merotohun and Segun Toriola have played at the Games. But Aruna, who has recently been named Captain of Team Nigeria, is the best hope for an Olympic Games table tennis medal.

"It will be a thing of joy for us as a country and the African continent if Aruna wins a medal at the Olympics," said Ishaku Tikon, president of the Nigeria Table Tennis Federation.

"The Olympics is no child's play. It is serious business, and our target is to pull out a medal."

The COVID-19 pandemic has not slowed down Aruna's drive. He practices two and a half hours daily in Lisbon, Portugal, where he lives with his family. 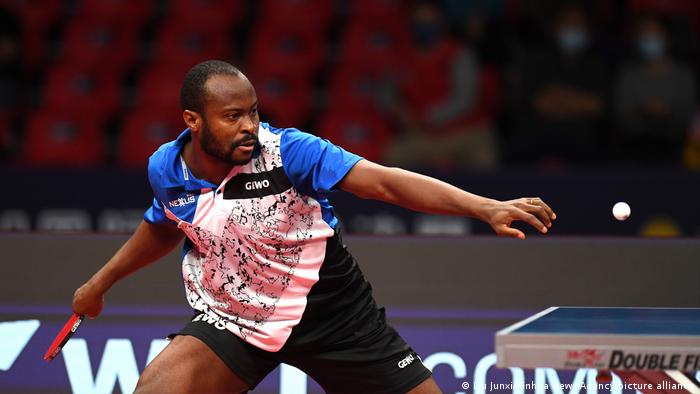 Quadri Aruna playing in the ITTF finals in Zhengzhou, China

Unlike the last Olympic Games in Rio, where Nigerian athletes struggled to get funding, he says that the government has been very supportive.

"I played two tournaments in China, I played in Doha, and I've also had a camp at the Saarbrücken (Germany) Tennis Club. I have received unprecedented support from the (Nigerian) Minister of Sports to attend these competitions. It is the best preparation that I have had leading to a major tournament," he said.

Getting a medal in Tokyo means he must face down the Chinese dominance at the top of the sport. The Chinese have won gold at five of the last six tournaments.

"Table tennis is the number one sport in China. They put a lot of money into the sport, and they have the best coaches who understand the game. But I think it is possible to pull a surprise in Tokyo. My target is to win a medal, and I hope to be lucky," Aruna said.

Nicholas Dlamini: From a South African township to the Tour de France and beyond

Dlamini was the only Black professional cyclist at the Tour de France and the first Black South African ever to race there. Despite his elimination from the tour, his unique story has captivated the cycling world.