Tokyo Olympics close as Paris starts to prepare for 2024 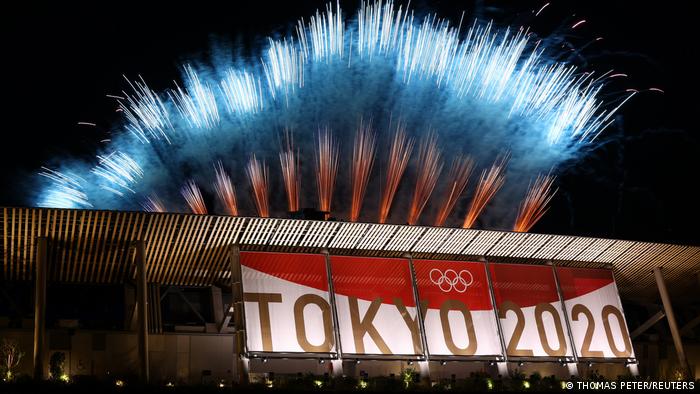 The Tokyo Olympics were delayed by a year

A near-empty stadium missing the vast majority of athletes provided a final reminder of the unusual nature of this delayed summer Olympics, as the closing ceremony unfolded on Sunday.

The International Olympic Committee (IOC) said more than 60 of the 206 nations and teams competing at the Games were no longer present for the ceremony, largely because coronavirus rules meant athletes had to leave no longer than 48 hours after their competition.

But International Olympic Committee (IOC) president Thomas Bach naturally instead chose to focus on the positives of a Games which had incredible athletic moments but was overshadowed by the effects of the coronavirus pandemic.

"In these difficult times you give the world the most precious of gifts: hope," Bach said to athletes in his closing speech at the Olympic Stadium. 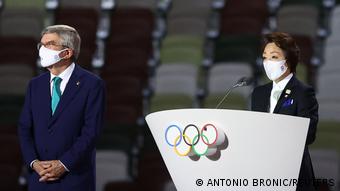 "For the first time since the pandemic began, the entire world came together. Sport returned to centre stage. Billions of people around the globe were united by emotion, sharing moments of joy and inspiration.

"This gives us hope. This gives us faith in the future," Bach continued, speaking of "Games of hope, solidarity and peace."

His words had been preceeded by a light show, various dances from around the country and several musical performances, while Tokyo Organizing committee president Seiko Hashimoto thanked everyone involved in making the Games possible, adding that "our journey isn't finished yet" because the Paralympics follow from August 24.

Sunday also saw the Olympic flag passed on to Paris mayor Anne Hidalgo, whose city will host the next Summer Games in 2024. Meanwhile, a giant flag was shown at the Eiffel Tower while French astronaut Thomas Pesquet played the final chords of the French national anthem on a saxophone from the International Space Station.

The ceremony ended with the extinguishing of the Olympic flame and the word Arigato (Thank You) displayed on the screen using the same font as in the 1964 closing ceremony.

The IOC President Thomas Bach takes to the podium. He says the ahletes "amazed him", sent a message of unity and were "remarkable" in facing the challenges of the pandemic. "You inspired us with this unified symbol of sport. And it was even more remarkable because of what you faced in the pandemic."

He also thanks Japan for providing "the stage to shine" and the volunteers, who he says have "warmed the heart" before throwing in a few words of Japanese to a polite ripple of applause. After the obligatory thanks to the sponsors and rights holders, he adds that "we did it together" before officially closing out the Games. 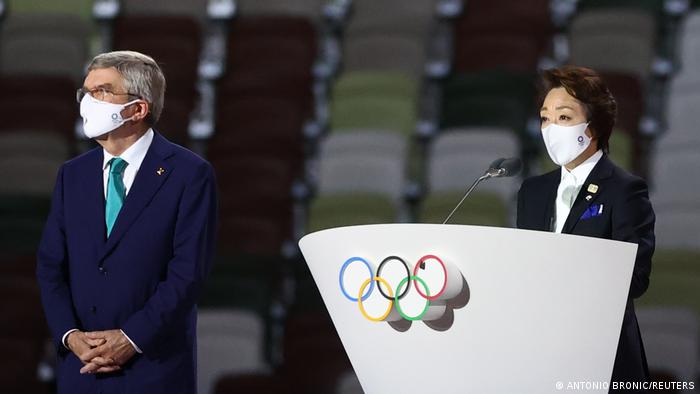 After a long spell of various Japanese dance styles, the Japanese anthem is belted out on the stage now, with the singer underneath the Japanese, Greek and Olympic flags. The latter is lowered as he sings, symbolizing the end of the Games. The Mayor of Tokyo passes the flag to IOC boss Thomas Bach, who then gives it a bit of a wave and passes it to the Mayor of Paris, who follows suit. The Games is in the French capital in 2024.

Unlike in previous Games, only the marathon medals are handed out at the closing ceremony this time round. Kenya did the double in the women's and men's event, and Thomas Bach, never one to miss a chance for positive PR, hands out the golds to Peres Jepchirchir (pictued winning gold below) before Eliud Kipchoge is handed his second successive Olympic gold. 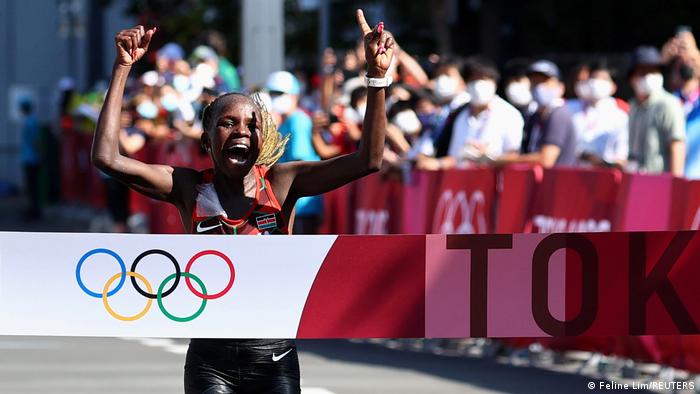 Peres Jepchirchir crosses the line to win the marathon

The lights around the stadium drop and we see various patterns picked out in blue lights before the Olympic Rings blaze in the sky. Then the Tokyo Ska Paradise Orchestra take to the stage to provide the soundtrack to a dance routine that apparently is supposed to sum up a Sunday afternoon. That consists of juggling a football, bike riding and dancing, for the most part. Hopefully we'll soon see the 'having a coffee and watching TV' section. 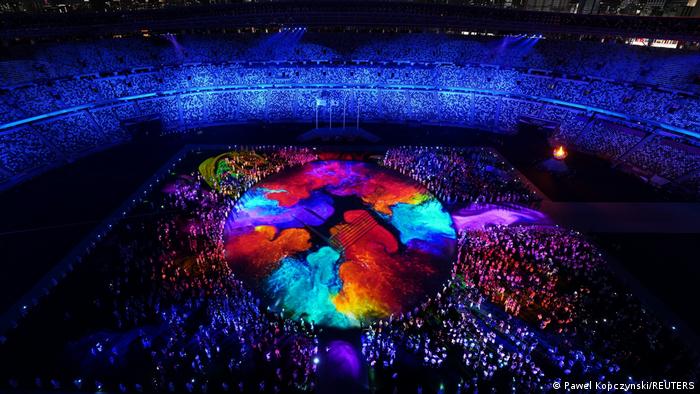 The light show at the closing ceremony for the Tokyo Olympics

Japan make their entrance in matching trainers. One way to celebrate your best ever performance in a Games I suppose. Plenty of dancing now, and as many selfies as medals. Oli Moody, from our Tokyo team, is in attendance.

US make an entry

The US team arrives loudly into the stadium. And having topped the medals table again at this Olympics, winning 39 golds and dominating many events, they have a lot to shout about. A glimpse of Alysson Felix too, who became the most decorated woman in Olympics track and field history, one of many great Olympics moments:

The flag-bearers enter the stadium. They are a combination of athletes and locals and have created a circle around the center of the field at the Tokyo Olympic stadium. The athletes file into the stadium to rippled applause. Of course there are a shortage of athletes at this ceremony due to COVID regulations, which means they must return to their home country within 48 hours of their event ending.

There are always a few surprises in these events but we do know a few things. Unlike in the opening ceremony, the remaining athletes will likely emerge all at once, rather than county by country. There will also be a series of speeches from various bigwigs, including IOC president Thomas Bach. A segment of the show will also be given over to Paris, who host the next Games in 2024. The ceremony is set to start at 20:00 local time, or 13:00 CEST.

Unlike most Games, the vast majority of athletes who competed at Tokyo 2020 have already headed home because coronavirus restrictions compelled them to leave Japan within 48 hours of their event ending. And, barring a few dignitaries and journalists, the Olympic stadium will sit empty, as it has for the duration. 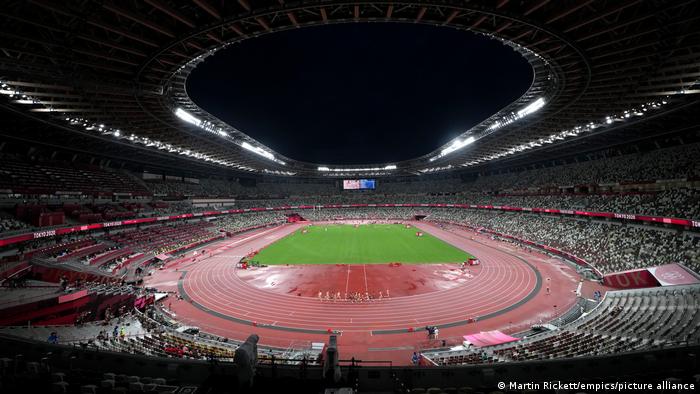 Empty seats have been a familiar sight during Tokyo 2020

A year later than originally scheduled the 2020 Olympics officially end soon, with the traditional closing ceremony. After 16 days and 339 medals across 33 sports, Tokyo will hand over to Paris, though the Paralympics start in Japan on August 24. Stick with us for an overview of the closing ceremony.