Toeing the line? VW drives unionization vote at Tennessee plant | World | Breaking news and perspectives from around the globe | DW | 12.02.2014

Only at its assembly plants in China and Chattanooga does Germany's VW not have a works council. That may be about to change with unionization elections in the Tennessee plant taking place this week. 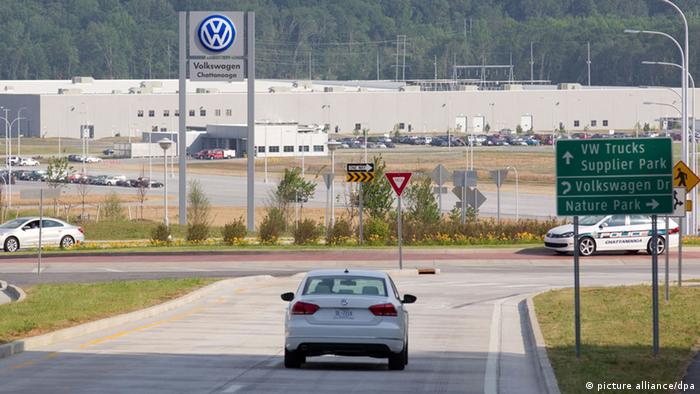 There's a battle raging around the Volkswagen assembly plant in Tennessee. The United Automobile Workers (UAW) are at the gates, waiting to be let in. The real struggle, however, isn't between employers and employees, but within the workforce itself.

Employees are being asked to vote on whether they want to be represented by a union in future - on territory that usually gives workers' representation a wide berth.

In the South of the United States, unions are not welcome. Some find the fact that the Wolfsburg automaker may be about to break that rule revolutionary; most politicians, however, are highly annoyed. "I think it's pretty crazy to let the workers decide," Tennessee Senator Bob Corker told NPR.

He and many others see the right-to-work status of the US southern states endangered - a misleading name that has also lured other big automakers, like BMW and Mercedes Benz, to the region. The South's former slave states regard unions as works of the devil. In theory, they are permitted, but in reality, unions are held at arm's length.

"Take me to court"

At least half the workforce must be in favor before a union can even set foot in a company. But opponents of workers' organizations have plenty of leverage to stop that from happening, according to William Spriggs. "The US has laws meant to protect people if they try to organize, but these laws are very difficult to enforce," the chief economist to the Washington-based American Federation of Labor and Congress of Industrial Organizations (AFL-CIO) told DW. "If a worker says, I want to organize a union, the first response of the employer is to fire the worker and then say, fine: Take me to court." 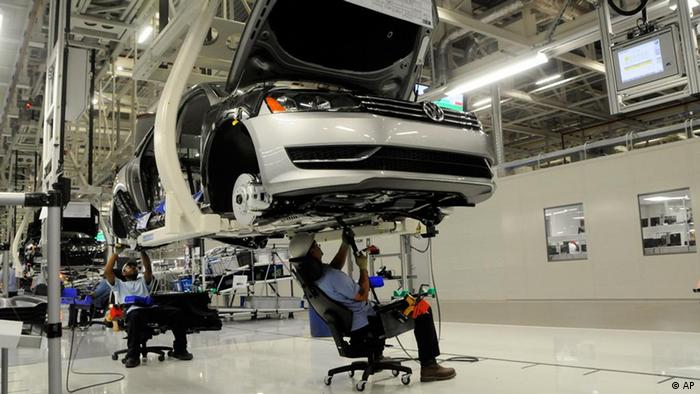 Pro-union workers argue the plant will be more efficient

Legions have thus lost their jobs - as well as their money in court. An armada of lawyers specializes in protecting union-free zones and intimidating people who pose a threat. Human rights organizations report that German firms, too, have been known to toss moral standards overboard once they settled on the other side of the Atlantic.

Frequently, US unions turn to their German counterparts for help. As a result, the US Communications Workers Union (CWA) and Germany's ver.di founded the TU-Union. UAW and VW's works council at the Wolfsburg headquarters also have a good working relationship.

VW has had an eye on introducing a works council for quite some time to monitor working conditions for about 1,600 workers who assemble the Passat midsized sedan at the at the Chattanooga plant. "The US is the low wage-country among the industrialized nations," Spriggs says. "Whether it's wages or vacations or other benefits - when you compare American workers, they lag behind other industrialized nations."

But US labor law stipulates that there can be no workers' representation without a union recognized by the state. Volkswagen accordingly turned to the UAW, which will represent the workers on wages and working hours if at least 50 percent vote in favor at the Tennessee plant this week. In addition, the Chattanooga workers would be granted a seat in VW's central works council.

VW has pledged neutrality and silence until the vote. At the same time, US lawmakers like Republican Governor Bill Haslam don't mince words. "There is no question that if the UAW comes in there, it will impact our ability to recruit all businesses to Tennessee," Haslam told reporters, adding that several interested parties have already said "if UAW comes there, it would dampen our enthusiasm for Tennessee." 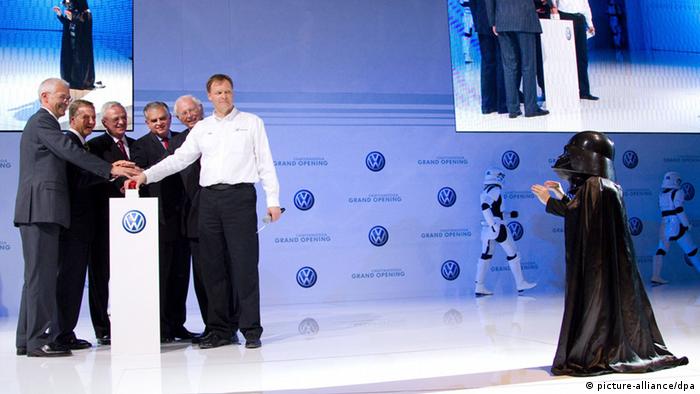 Chattenooga: Is greater labor-management cooperation on the horizon?

Quite a few VW workers, concerned about the future of their low-wage state, have taken action and formed the Southern Momentum group. "We don't believe legally you can have the German-style work's council here in the United States," Mauri Nicely, the group's lawyer, told a local TV station. "I believe there are other alternatives for workers to ensure that their voices are fully heard."

Southern Momentum set up billboards around town that read: Detroit brought to you by the UAW! Critics blame the UAW for the bankruptcy of Detroit automakers GM and Chrysler, saying the carmakers choked on the costly and inflexible labor agreements during the economic crisis. UAW hasn't emerge from the crisis unscathed, either: membership in the union is down to 400,000 from 1.5 million in 1979.

A UAW victory in the south's first foreign automobile plant would be a welcome signal for US unions in the wake of the economic crisis. In addition, other German companies "that have works councils at home would then feel more comfortable in adopting that culture from Germany into the US," Spriggs says.

Unionization would also put VW one step ahead of its competitors in the South: BMW, Mercedes Benz, Toyota, Kia Motors and Hyundai.

"This new cooperation is important, it shows that workers understand that they need to come together and work on a different level and a different way," Spriggs says. "This will be a real success-story."

1,600 workers are eligible to vote at the VW Chattanooga plant by Friday. Whatever the outcome, observers anticipate interest groups might very well contest the vote.

A Global Brand: How VW Plans to Become Number One